The Knights missed two shots in the final seconds that would have won the game. 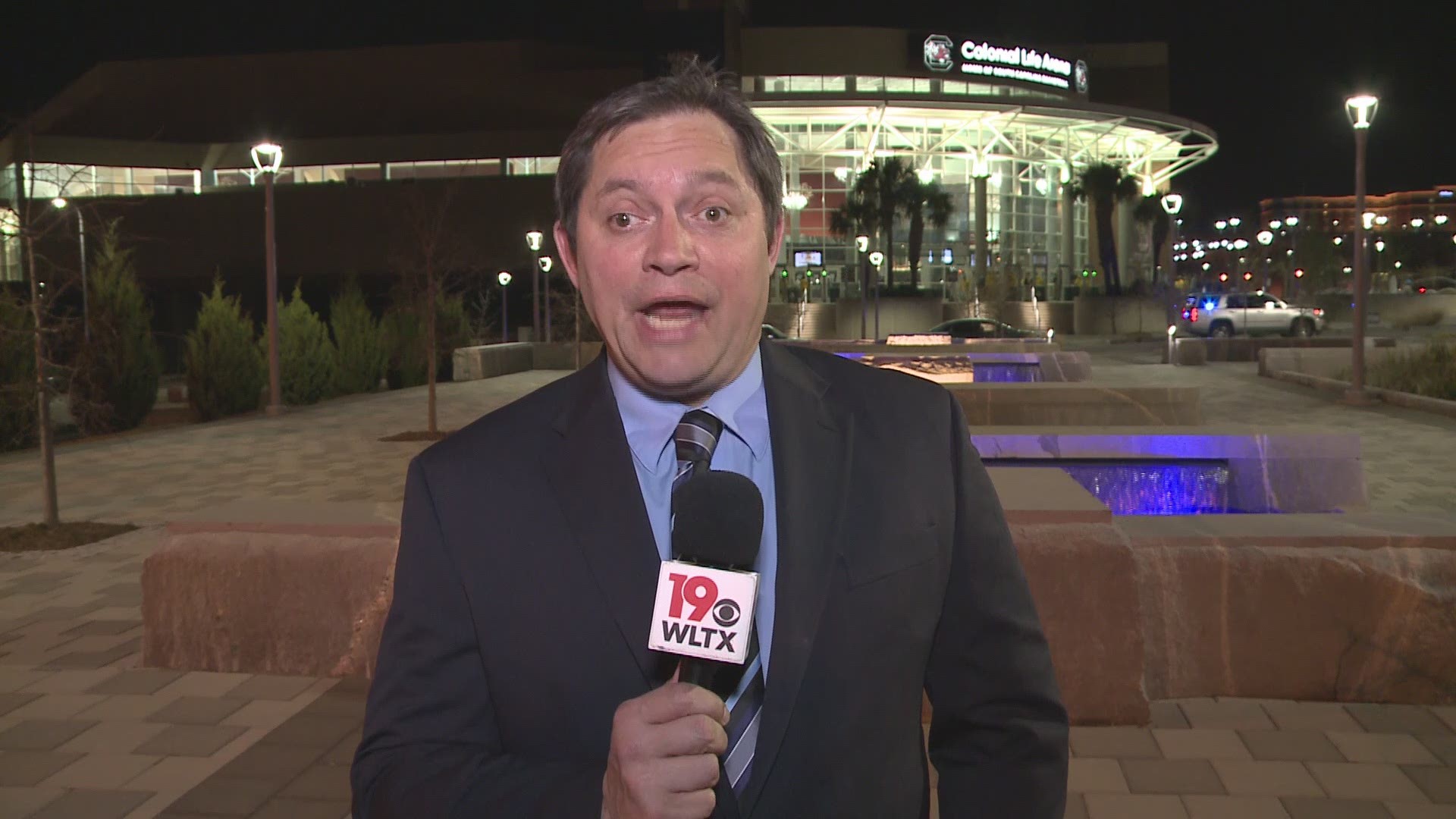 COLUMBIA, S.C. (AP) — Zion Williamson took on 7-foot-6 Tacko Fall at the end and won. So did top-seeded Duke — barely — when two last-ditch shots by UCF rolled off the rim.

Aubrey Dawkins finished with 32 points, but his tip-in try just missed Sunday, and Duke advanced with a 77-76 victory to reach the Sweet 16.

Williamson had 32 points, including a layup over Fall with 14.4 seconds left and his team trailing 76-73. Fall fouled out on the play and the 6-foot-7 Williamson missed the free throw, but RJ Barrett scored on a putback to put the Blue Devils (31-5) ahead.

Ninth-seeded UCF (24-9) had a final chance. Two of them, actually, from in close.

B.J. Taylor missed a short jumper and Dawkins failed on his tip attempt with less than 2 seconds left, the ball spinning off the rim. Duke got the rebound, ran out the clock and moved on to the Sweet 16 for 27th time and fourth time in the past five years.

Dawkins cringed at the miss. His father, Johnny, is the UCF coach and was a former Duke star and longtime assistant under coach Mike Krzyzewski. The two coaches shared a long embrace at midcourt after it was over.

It looked as if Dawkins might take down his dad's alma mater in the NCAAs.

His last basket broke a 70-all tie and when Fall dunked Taylor's miss — the play was reviewed for a possible shot-clock violation — the Knights were ahead 74-70.

UCF missed a huge chance to go up six when it couldn't quite on an alley-oop dunk attempt with 1:49 left, and Cam Reddish came back with a 3-pointer for Duke. Taylor made 76-73 with two foul shots with 45 seconds to go.

Williamson then missed a 3, but Duke grabbed the rebound and got the ball back to their dominant freshman. Williams caught a pass left of the key and dribbled straight into Fall's 7-6, 310-pound frame.

Fall had stuffed Williamson three previous times and Duke's young star was less effective underneath than he'd been his past four games. But Williamson got this shot to drop, shouting as he fell hard to the ground.

When Duke dribbled away with the final rebound, Williamson and his teammates jumped in celebration and relief. They were moving on.

Duke will face fourth-seeded Virginia Tech or No. 12 seed Liberty in Washington, D.C., on Friday night for a spot in the Elite Eight.

Williamson, the game's most explosive player, was clearly affected by Fall. Who wouldn't be as the Knights senior stood 11 inches taller than Williamson and has a wingspan of 8-foot-4?

But with Fall inside, Williamson went outside hitting three 3-pointers after entering with just 18 on the season. And when Fall was hit with foul trouble, Williamson charged to the hoop.

Fall finished with 15 points and six rebounds in his final college game.

Duke's four fantastic freshmen combined for 72 of its 77 points. Reddish had 13 points and Tre Jones 11.

It was the second straight sluggish start for Duke in the NCAA Tournament. But, boy, when the Blue Devils got going, it was a sight to behold as they closed the half with a 12-2 run to move in front.

Trailing 34-32 in the final four minutes of the opening half, Williamson hit a short jumper, then collected Jordan Goldwire's miss for a three-point play. Barrett added a three-point play and Williamson threw a one-handed bounce pass to a streaking Jones for an easy layup as Duke led 44-36 at the break.

Williamson had 15 points in the first half, but had not dunked on the tall Fall — mainly because UCF's center played just eight minutes due to foul trouble.

The two were the focus of this one and at the start mimicked the start of the classic Rocky III final fight scene where a stone-faced Rocky Balboa stared straight at talkative Clubber Lang. The expressionless Fall played the Rocky part this time while the energetic Williamson bounced around before the game's opening tip.

Both players outjumped the referee's toss, but Fall easily tipped it toward his teammates before Williamson could bounce up again.

UCF: The Knights will have some big shoes to fill (size 22) next season with Fall's senior season complete. They also lose Taylor, the point guard who has started 101 of 104 games since arriving at UCF in 2014-15. UCF has a solid core of experienced starters returning, led by Dawkins, who was second on the team in scoring average at 15.1 points a game.

Duke: The Blue Devils have had too many tentative stretches in their first two games, but their overwhelming talent edge saved them against North Dakota State in the opening round and UCF in this one. Duke will need to be more consistent if it hopes to make a championship run.

UCF's season is over.

Duke advances to play fourth-seeded Virginia Tech or 12th-seeded Liberty in the Sweet 16 at Washington, D.C., on Friday night.