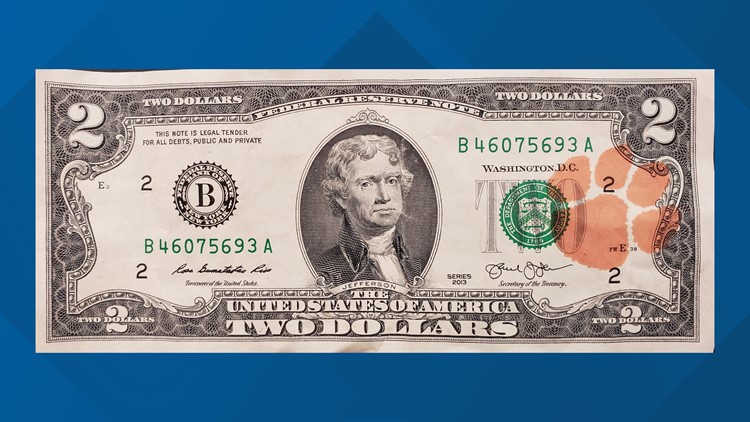 NEW ORLEANS — Clemson football fans (and their money) have arrived in New Orleans.

If you spot a $2 bill with an orange paw print, you can rest assured that the cash came from a Clemson fan.

According to Clemon Athletic's website, The tradition was born in 1977 in a scheduling dispute between Clemson and their rival Georgia Tech. Clemson had played road games at Georgia Tech 41 times between 1903 and 1973 before being dropped from Georgia Tech's schedule.

For the team's last visit to Atlanta, Clemson fans were asked to use $2 bills when traveling as a way to show the team's impact on their opponent's local economy.

"To this day, Clemson fans will spend $2 dollar bills when making a road trip in the opponent’s territory to show that the Tigers are in town," the website says.

WBRZ-TV reporter Nadeen Abusada caught up with a couple of Clemson fans at Cafe Du Monde who explained the tradition.

Top-ranked LSU is looking to close out arguably the greatest season in program history with a victory over No. 3 Clemson on Monday night in the College Football Playoff championship in New Orleans.

LSU is looking for its first national championship since 2007 and fourth overall. Clemson is trying to repeat as national champion and become the first team to do that since Alabama in 2011-12.

Kickoff for the championship game is set for 7:15 p.m.