The Hogs start the season with a win after overcoming early struggles, defeating Rice 38-17. 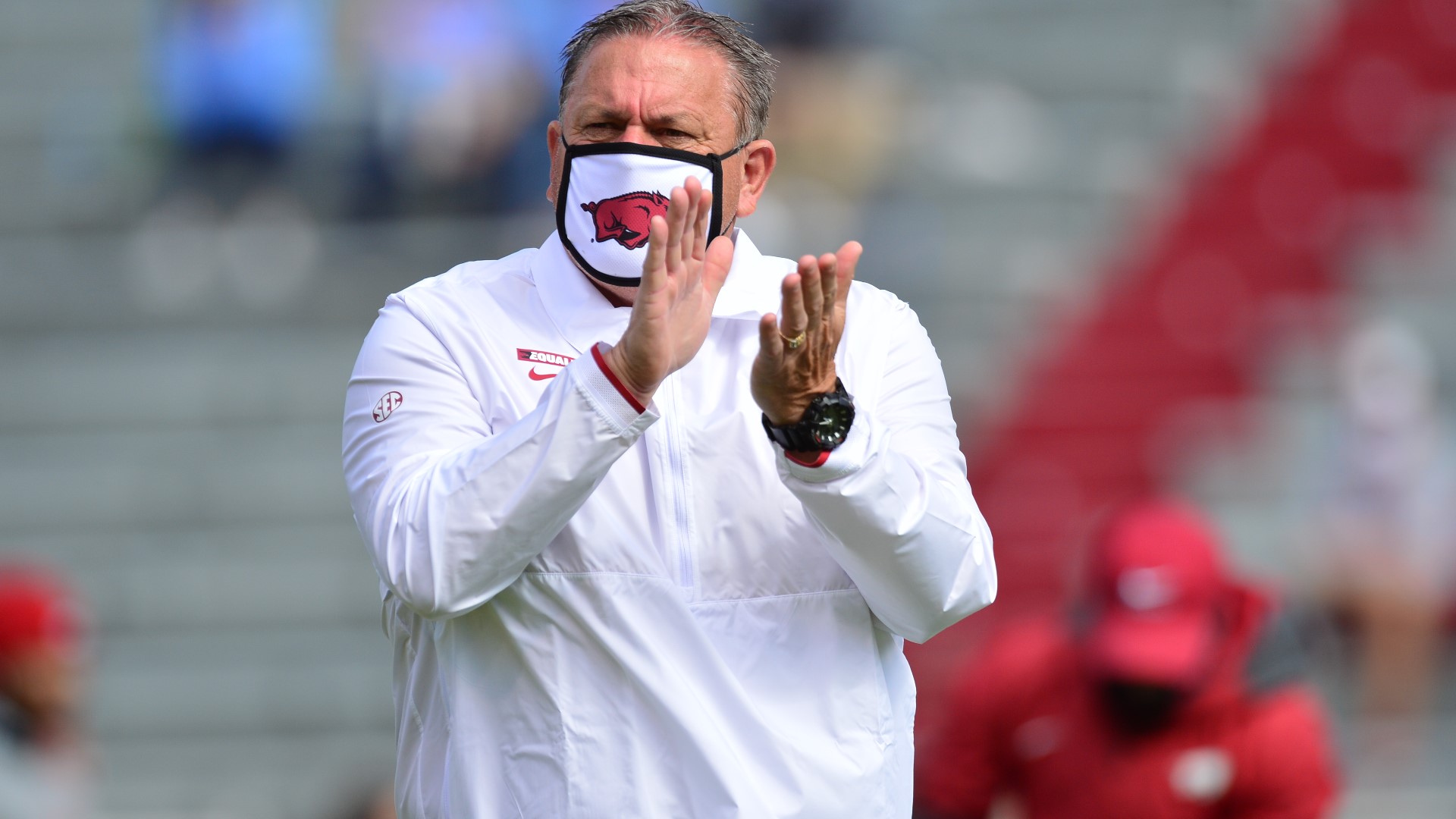 FAYETTEVILLE, Ark. — A huge sigh of relief came from fans around the state early Saturday evening as the Razorbacks closed out a comeback win over Rice, 38-17.

It started out in less than ideal fashion. Following a 34-yard TD run by KJ Jefferson, the first half went downhill fast for the Hogs.

Plagued by penalties and a stagnant offense, Arkansas went to the locker room trailing 10-7 as boos and disapproval rained down from the fans.

Grant Morgan was ejected for a targeting penalty, and Arkansas was faced with making a comeback without their defensive leader.

Second half started in a similar fashion. Rice stuffed Arkansas on a 4th and 2 near midfield, then scored to take a 17-7 lead.

Faced with the possibility of losing to the Owls, the Hogs finally seemed jolted awake. A quick, efficient touchdown drive followed, highlighted by a Tyson Morris one-handed grab and capped off by another quick KJ Jefferson rushing TD.

Now it was the Razorbacks' turn to make a 4th down stop, and the offense rewarded the defense by following up with a game tying field goal.

On the following Rice drive, Arkansas recorded its first interception of the season. Jalen Catalon took a tipped pass inside the 10-yard line, and Trelon Smith rushed-in a couple plays later for the lead, 24-17.

Montaric Brown ended the next Rice drive with an interception, and the Arkansas defense held down the fort the rest of the way.

Bumper Pool was ejected for targeting in the second half, meaning he will miss the first half of next week's game. That of course, is at home against Texas, next Saturday at 6pm central.