A'ja Wilson Is Shocked By Her WNBA Success

Since being drafted by the Las Vegas Aces, Heathwood Hall and USC grad A'ja Wilson has not been this close to Columbia for a game. Tuesday night, she will be in Atlanta where it will be the Aces versus the Dream. Wilson talked to News19 about her rookie season and how she has taken the league by storm. 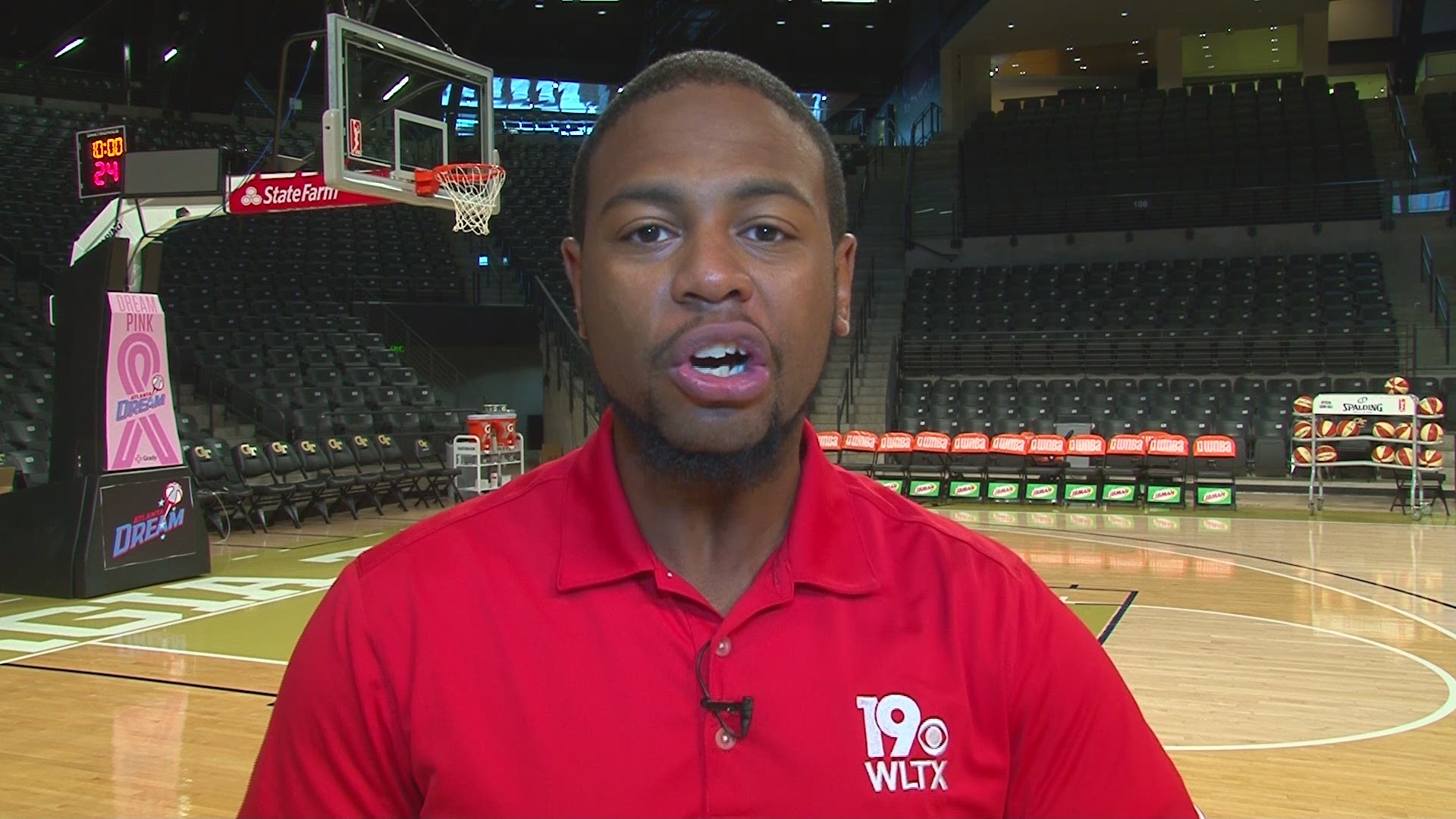 ATLANTA, GA — Star athletes are used to putting wide-eyed faces on fans creating awe with their stats and playmaking ability but every now and then they can't even believe some of the things they do. Former USC Star A'ja Wilson has recently identified with the latter.

"I really was not expecting to be this way honestly. I kind of shock myself honestly," A'ja said after shootaround on Tuesday night before her las Vegas Aces take on the Atlanta Dream.

The Heathwood Hall product has been tearing up the WNBA as a rookie. She became just the second first-year player to be named an all-star and she won rookie of the month in back to back months.

"Coming in I was not expecting to play and to be the kind of player that I am that I see now. Coming in I just wanted to be a sponge. I was nervous. I didn't really know what I was getting myself into, probably still don't know what I'm getting myself into but I love this game and I love to compete at a high level," A'ja said. "I'm playing against the best of the best night in and night out so even if I'm not necessarily looking at the game in a specific way I'm still competing against the best in which I'm learning just by being on the court with them. I really love that part of it and I really was not expecting to be this way honestly. I kind of shock myself honestly. But I keep pushing."

One thing that is continuing to change for A'ja and something that she has been working hard on is how she approaches every game from a mental standpoint.

"Everyday is a new day to get better and I try to keep that in my mind. My biggest thing would have to be the mentality. I think I'm still in college mode. I slip up sometimes. I have mentality slips I really don't need to have at the pro level and I get down on myself and that's not good. Once I get the mentality of a pro athlete, a consistent mentality, then I feel like I'll start to feel it and grow in that way."

A'ja is also leading the Las Vegas into a possible playoff berth in their first season. She is averaging 20.5 points per game, 8.3 rebounds and 1.7 blocks. That ranks her fourth, third and fifth in those categories so she is the clear front runner to being named rookie of the year.

But a big reason why A'ja has had this early success in her career is because of the advice she received from her former coach Dawn Staley. Dawn is a hall of famer and knows everything about being a pro. A'ja can identify with the lessons Dawn has passed down.

"I think the best thing is showing how Dawn Staley has helped me get to this point. She really taught me and helped me grow to where this level is not just a shock to me. I wasn't a shock honestly. The talks that we've had and the way that she would talk to me I think she really prepped me for this level."

A'ja and the Aces have six games left to try and clinch their first ever playoff berth and with A'ja surprising herself with her play her team could also shock the WNBA by earning a playoff spot and maybe even more. The Las Vegas Golden Knights of the NHL did in make it to the Stanley Cup Finals in their first season too.