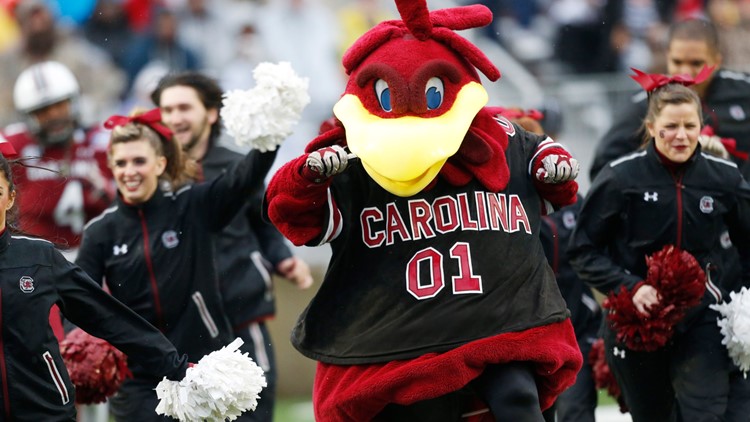 Cocky named one of the 10 best mascots of all-time

COLUMBIA, S.C. — Gamecock fans have something to cheer for -- Sports Illustrated published their list of "The Greatest Mascots in College Football History" and Cocky made the list!

Part of the magazine's celebration of the 150th anniversary of college football, writer Torrey Hart compiled the list of what is deemed the "all-time ranking of the best mascots in the sport."  The University of South Carolina's Cocky ranked a respectable Number 7 -- above Tennessee's Smokey (10) and Western Kentucky's Big Red (8), but below Stanford University's Tree (5) and LSU's Mike the Tiger (3).

Cocky has been USC's mascot since the 1980 season, when he took over from his "dad," Big Spur. He's won several national mascot of the year contents since then.

He's know for his "Magic Box" entrance during pre-game festivities at South Carolina home football games, and of course is a fixture at other sports too. Cocky makes appearances at many charity and other public events representing the school.

So who topped the list? University of Oregon's Duck came in at Number 2. But for number one, that honor goes to another SEC school: University of Georgia's Uga the English bulldog.