Collin Hill, Will Muschamp ready for Gamecock football to begin

South Carolina kicks off their 2020 season this Saturday against Tennessee at Williams-Brice Stadium. 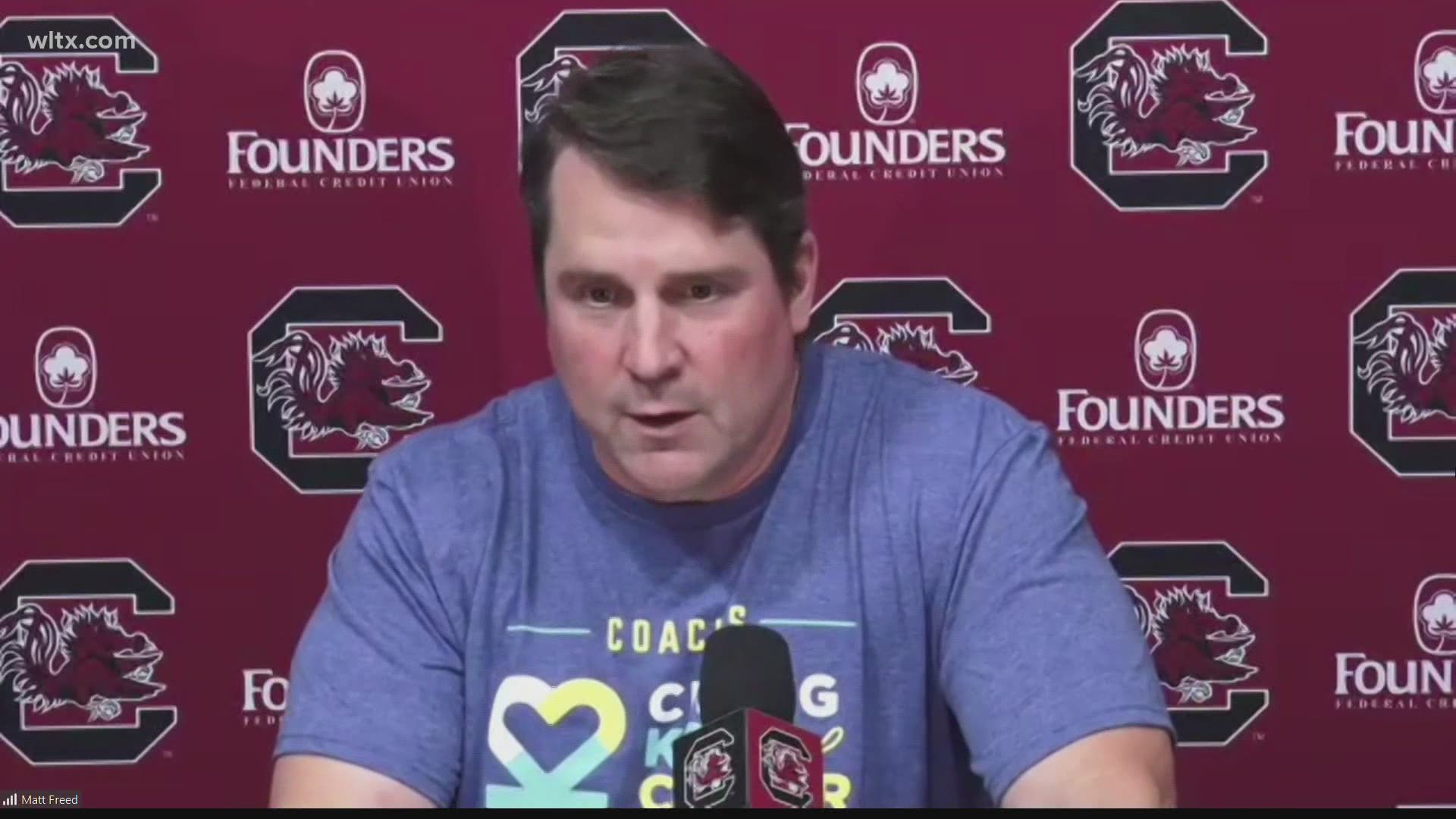 COLUMBIA, S.C. — “We got Tennessee here Saturday night at Williams-Brice Stadium, 7:30 kick on the SEC Network. I’m going to say that again because that feels kind of good to say.”

That is how Will Muschamp began his weekly press conference on Tuesday. You could hear the excitement coming from the head coach’s voice as he’s ready for the 2020 season to begin.

Fans will get their first look at USC’s new offense Saturday night, headed by offensive coordinator Mike Bobo and executed by Colorado State transfer QB Collin Hill. Hill edged returning starter Ryan Hilinski for the starting job week one. Hill described what it was like to hear the news he’d be starting under center against Tennessee.

“They met with us individually, and just kind of explained what was going on,” the Dorman HS alum said. “Told me we both had a good camp, but they said I got the nod and I was really excited about it. I’ve kind of just been attacking every day the same.”

Hill said his relationship with the now back-up quarterback Ryan Hilinski hasn’t changed. “Me and Ryan, our relationship hadn’t changed. He said he’ll help me however he can, and I told him same thing to him. Ryan’s a great player and a great guy and we have a good relationship.”

Head coach Will Muschamp was very direct when asked if Collin Hill would be the starting quarterback for the remainder of the season.

“Collin’s the starter,” Muschamp said. “No different than any other position, he knows there’s an expectation for how he needs to play. No different than defensive end, wide receiver, or running back. Guys need to go play well, and if they don’t play well, we will talk about a change, but it’s Collin’s game.”

Muschamp was very impressed with how Hilinski handled the news that he would not be the starter for week one. “He’s totally supportive, 1000 percent on board, he’s all gamecock and he’s excited about our season.”

Hilinski isn’t the only one excited. The entire team is eager and ready to play on Saturday in front of 20,000 fans at Williams-Brice Stadium.

“There’s nothing like a Saturday night at Williams-Brice,” Muschamp said. “There’s just something about it. It’s a great environment, it’s a great setting for college football for the Southeastern Conference.”

South Carolina and Tennessee will kick of at 7:30pm Saturday night on the SEC Network.

#GamecockFB is ready for the 2020 season to begin. Hear from new starting quarterback Collin Hill @WLTX 6 and 11pm.https://t.co/TShlJ3RSz8