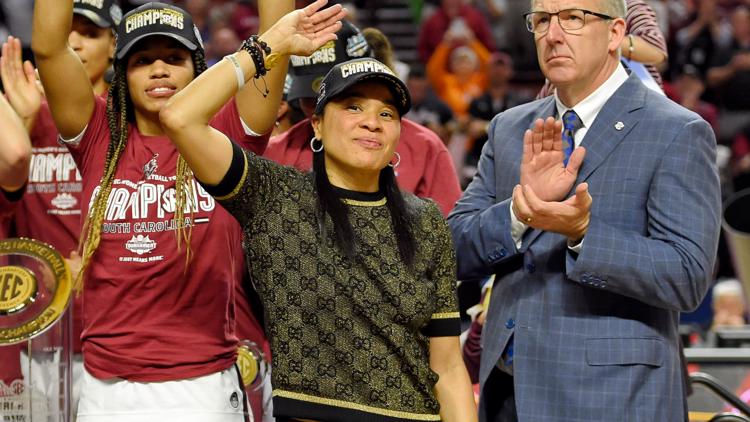 Dawn Staley asking fans to send cards to her sister, who is diagnosed with Leukemia

The head coach tweeted on Sunday saying her older sister, Tracey, was recently diagnosed with Leukemia.

In her tweet, Staley asks fans to send "Get Well" cards to her sister, but with a twist - she's asking for coins or dollars to be sent inside the card.

The Hall of Famer explained that it's a running joke with her family to wiggle a card and see if money falls out. To help lift her sisters' spirits, Staley is asking for fans who send cards to play along with the joke. All of the money collected will be donated to charity.

If you would like to send a card, the address is below: