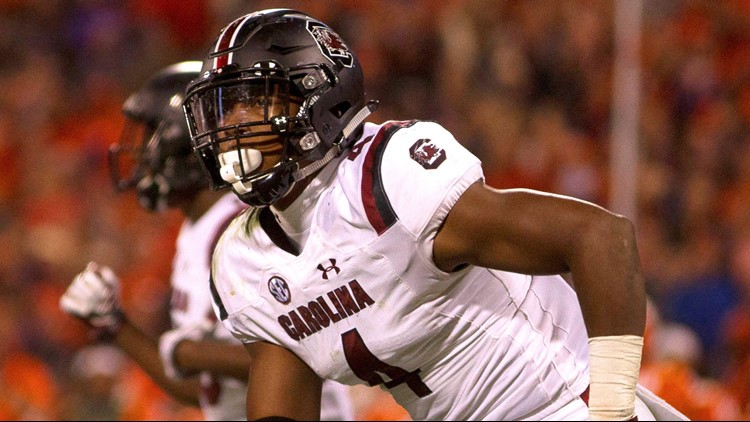 Former Gamecock Linebacker Gets Another Shot With The Raiders

OAKLAND, Calif — Former USC defensive back Keisean Nixon will have some company in Oakland because Bryson Allen-Williams signed with the Oakland Raiders on Sunday.

Bryson signed an undrafted free agent rookie deal and will compete to make the roster for the Raiders. He signed with Oakland after the NFL draft but was later released.

This is a special moment for Bryson. He played 5 years at USC and had to overcome some significant injuries in his last couple seasons to get on the field. He was voted the Comeback Player of the year by his teammates in 2018 and played in 43 career games with 176 tackles.

In his last and final season in the garnet and black he played 9 games and was second on the team with 10 tackles for loss.

The Raiders play their final preseason game at Seattle this Thursday night.