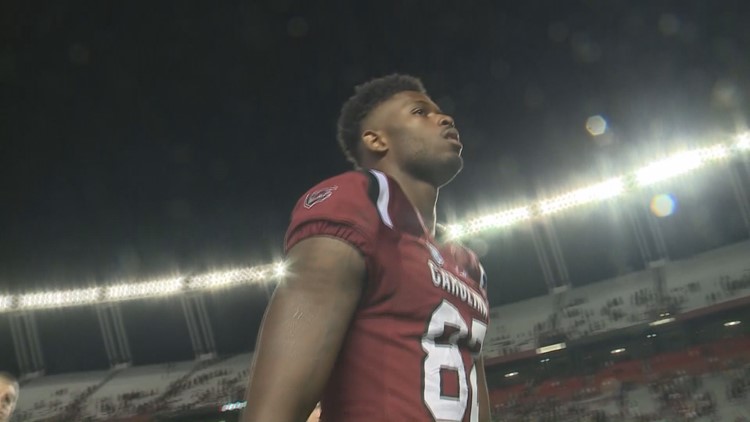 Gamecocks' tight end to undergo surgery for an irregular heartbeat

Muschamp revealed the news in a post-scrimmage press conference on Monday.

"Evan Hinson was having a hard time breathing earlier in camp.  He had an irregular heartbeat.  He's going to have an ablation surgery on Wednesday, which is very similar to what happened to Taylor Stallworth three years ago," said Muschamp.  "It's a six to eight-week recovery.  He's going to be fine.  I'm glad we caught it on the echo (cardiogram)."

RELATED: First preseason scrimmage is in the books for the Gamecocks

Hinson has been a member of both the Gamecocks' basketball and football programs.  He has played in parts of three seasons with the men's basketball team, playing in 46 games total.

Hinson opted to only play football this season.  He redshirted in his freshman season on the football team, and has played 23 games the last two seasons, primarily on special teams.  After spring practice, he was listed as the No. 2 tight end on the team's depth chart.