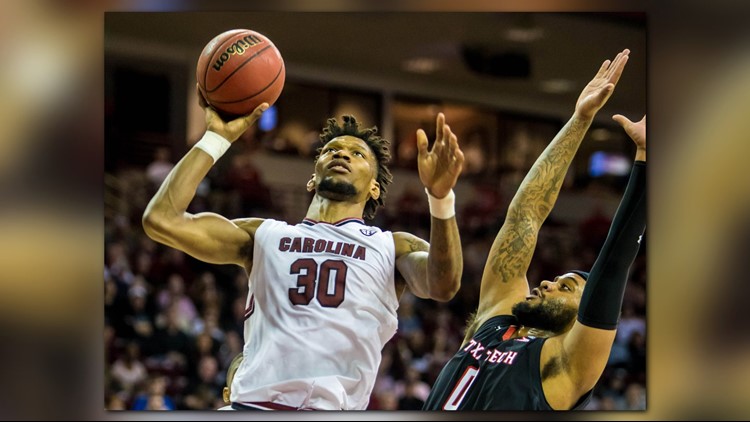 Photo by: Jeff Blake, USA Today
USC forward Chris Silva is coming off a junior season where he was named the SEC Defensive Player of the Year and First Team All-SEC.

USC Will Play Houston In December

COLUMBIA, S.C. — Frank martin and the Gamecocks have a date set for their non-conference schedule. South Carolina will play the Houston Cougars on Sunday December 8th in Colonial Life Arena.

This game will kind of be a homecoming for Houston head coach Kelvin Sampson who is from Laurinburg, North Carolina which is about two hours from the capital city.

This game is a part of the SEC and American Athletic Conference scheduling alliance which has home and home series scheduled for the next two seasons between these conferences, to help create quality matchups in the non-conference schedule.

USC and Houston will play for the first time since the 90-91 season and the Gamecocks have a 3-2 edge in the overall series.