Former South Carolina cornerback is chosen with the eighth overall selection by the Carolina Panthers. 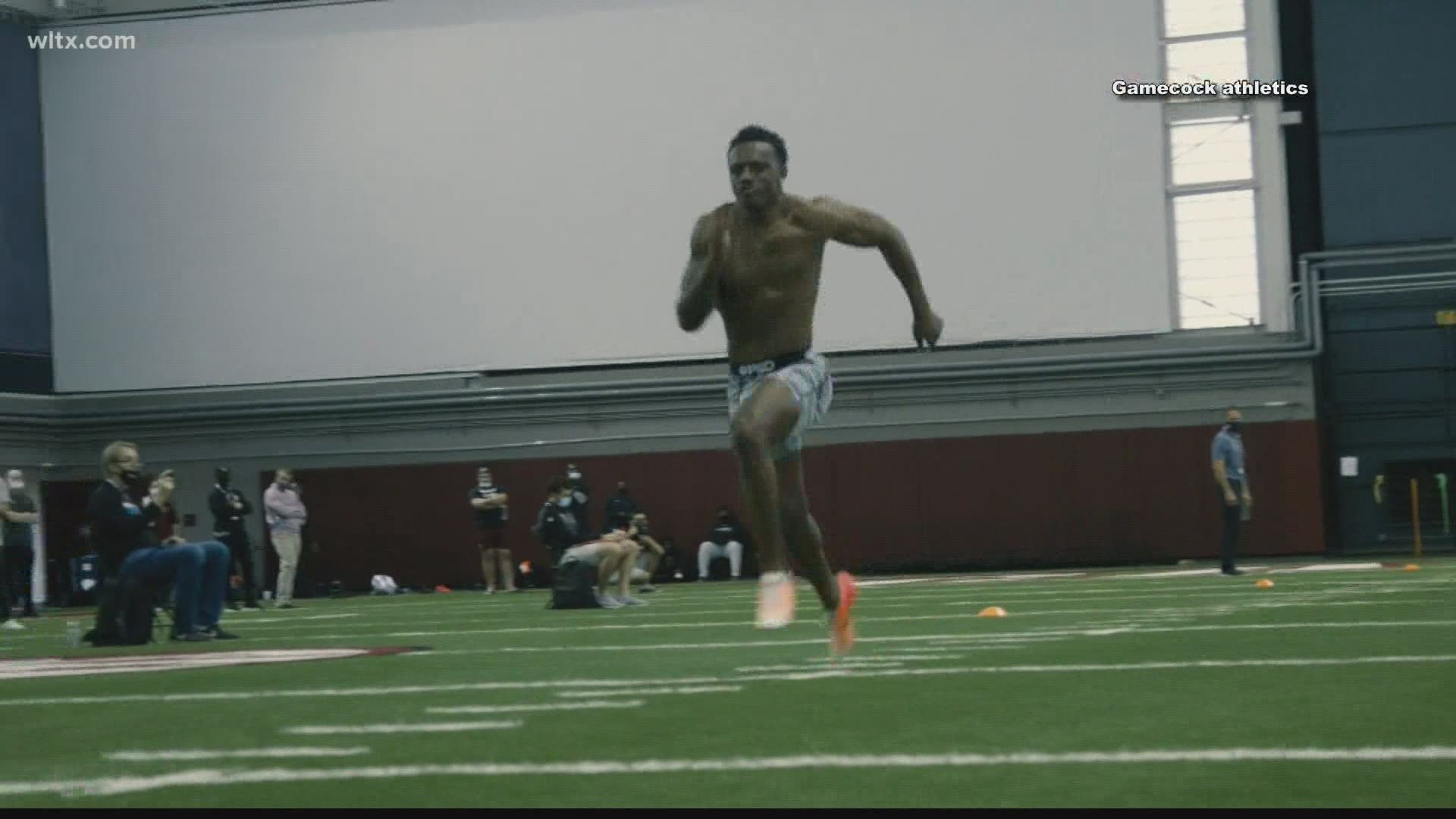 COLUMBIA, S.C. — Former South Carolina cornerback Jaycee Horn will be making a short drive up I-77 to begin his NFL career.

Horn was taken in the first round of the NFL Draft by the Carolina Panthers. Horn was the eighth overall selection and obviously, his draft stock was helped by an outstanding Pro Day which was attended by Carolina Panthers head coach Matt Ruhle.

Horn did opted out of the season’s final three games following the dismissal of head coach Will Muschamp but Horn said that was due to him wanting to spend time with his family before he jumped full-time into being an NFL player.

That time has come for the son of former New Orleans Saints wide receiver Joe Horn who was also the first defensive player taken in the 2021 NFL Draft.

RELATED: Clemson's Trevor Lawrence goes No. 1 overall to the Jaguars