Former Sumter Gamecock Pressley Harvin is in Pittsburgh looking to land a spot on the Steelers' 53-man roster. 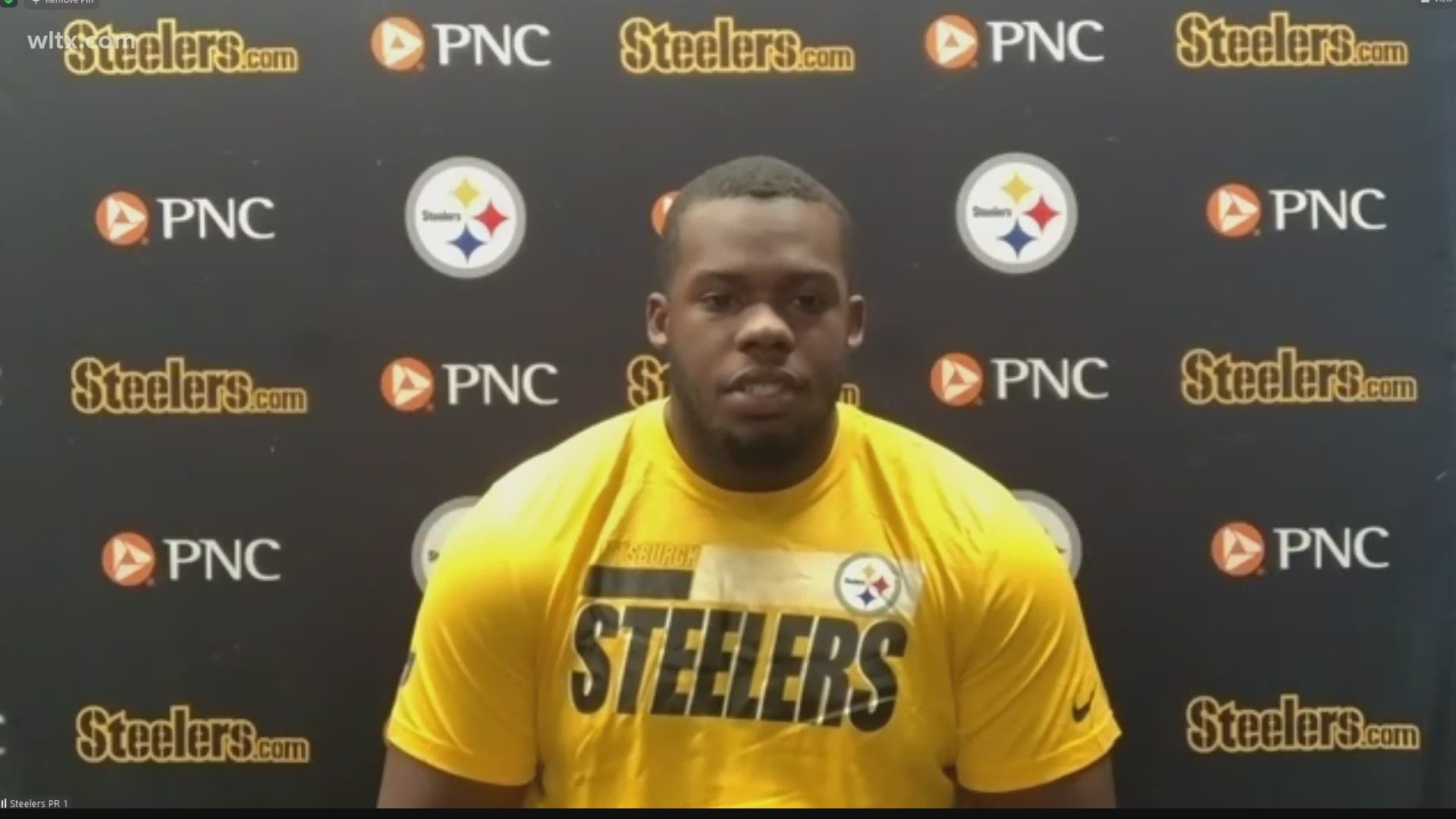 The Pittsburgh Steelers took notice and drafted Harvin in the seventh round of the NFL Draft.

Harvin is in Pittsburgh for rookie mini-camp and on Friday, he took part in his first practice followed by his first news conference wearing the Steeler colors.

Growing up in Alcolu, South Carolina, Harvin would star at Sumter High School where he first played the offensive line and then when the team needed a punter, Harvin volunteered. That proved to be a life-changing decision as he landed a scholarship to punt at Georgia Tech.

Harvin says he was 14 when he started thinking about playing at the highest level in the NFL and now, he is in position to do just that as he looks to land a spot with a franchise with a rich tradition and a passionate fan base that has a strong following of supporters across the country including the Midlands.