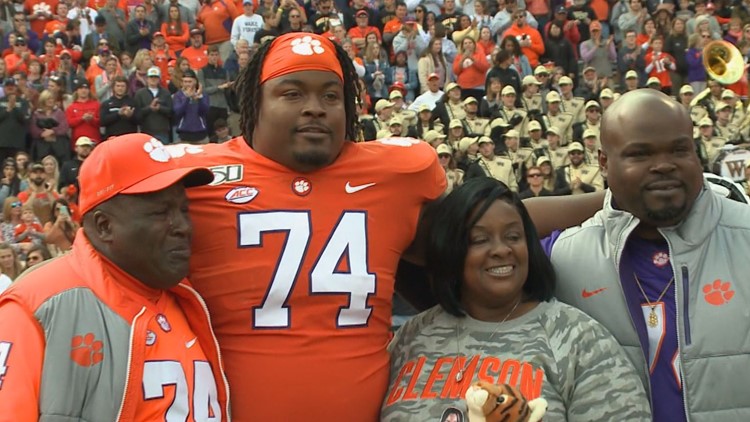 Renfrow. Ferrell. Mullen. Muse. Now you can add Simpson to the roster of the Las Vegas Raiders who continue to be known as "Clemson West"

In the early stages of day three of the NFL Draft, offensive guard John Simpson was selected by Las Vegas with the 109th overall pick, the third pick of the fourth round. The Raiders drafted teammate Tanner Muse in Friday night's third round.

In Simpson's senior season of 2019, the Fort Dorchester product was a consensus All-American who was a first team selection by the American Football Coaches Association, Football Writers Association of America, Sporting News and the Walter Camp Football Foundation.

Later in the round, defensive back K'Von Wallace was taken by the Eagles with the 127th overall pick.