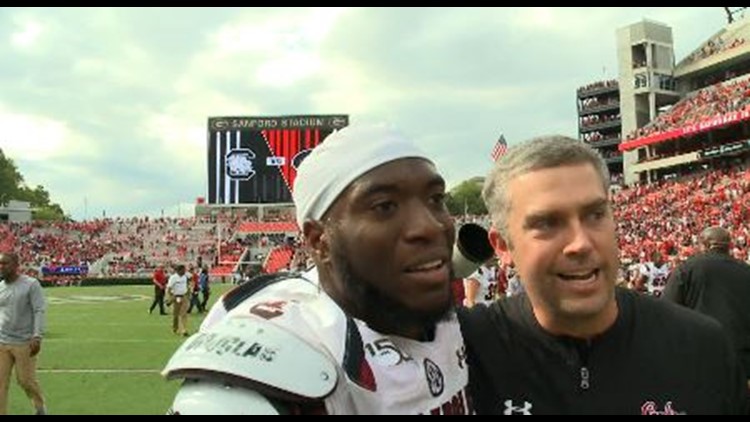 T.J. Brunson is drafted by the Giants

He was the first player Will Muschamp visited after being introduced as the new head football coach at South Carolina. Muschamp would eventually flip the Richland Northeast senior linebacker from Louisville to USC.

More than four years later, Brunson's career at South Carolina has now led him to the NFL. Brunson was taken in the seventh round of the NFL Draft by the New York Giants with the 238th overall pick.

With the selection of Brunson, South Carolina had a total of four players drafted following Javon Kinlaw, Bryan Edwards and D.J. Wonnum.

A three-year starter at linebacker for the Gamecocks, Brunson recorded 283 tackles and six sacks in his four years at Carolina.