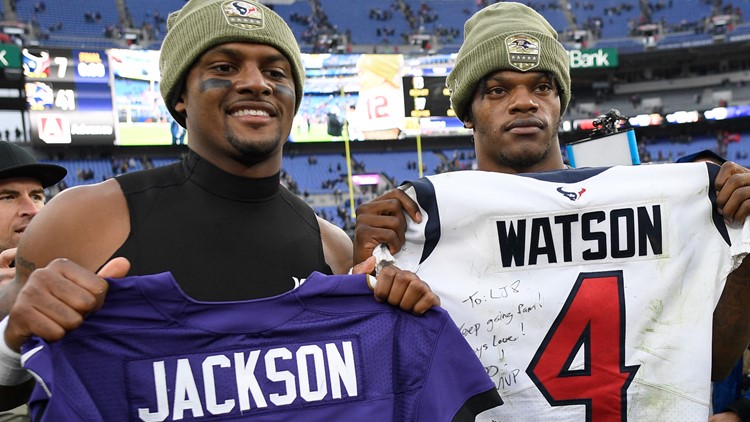 Texans pick up the 5th year option on Watson

The Houston Texans have picked up the fifth-year option on quarterback Deshaun Watson, according to ESPN's Field Yates.

The report says the franchise wants to lock in Watson with a long-term contract.

Watson is scheduled to make $4.4 million during the 2020 season.

The Texans drafted Watson with the 12th overall pick in the 2016 NFL Draft. He suffered a torn ACL seven games into this rookie season after taking over the starting job in week two.

In 2018, Watson came back from his injury and finished the regular season with a career-high 4,165 passing yards, 26 touchdowns, nine interceptions, 551 rushing yards, and five rushing touchdowns. He led the Texans to the playoffs where they lost to the Colts in the Wild Card round. He would play in the 2019 Pro Bowl, replacing Tom Brady.

This past season, Watson led the Texans to a come-from-behind win over the Bills in the opening round. But the next week, Watson and the Texans would watch the Chiefs rally from a 24-0 deficit for a 51-31 victory.

With Chiefs quarterback Patrick Mahomes also in line for what should be a record-setting contract, the Texans have plenty of incentive to hammer out a deal with the former Clemson quarterback. Seattle quarterback Russell Wilson currently makes $35 million annually, the highest in the NFL.

Mahomes will likely be at another level with Watson perhaps landing in the Russell Wilson neighborhood.