The first pick in the NFL Draft is headed to a franchise led by former Florida and Ohio State head coach Urban Meyer. 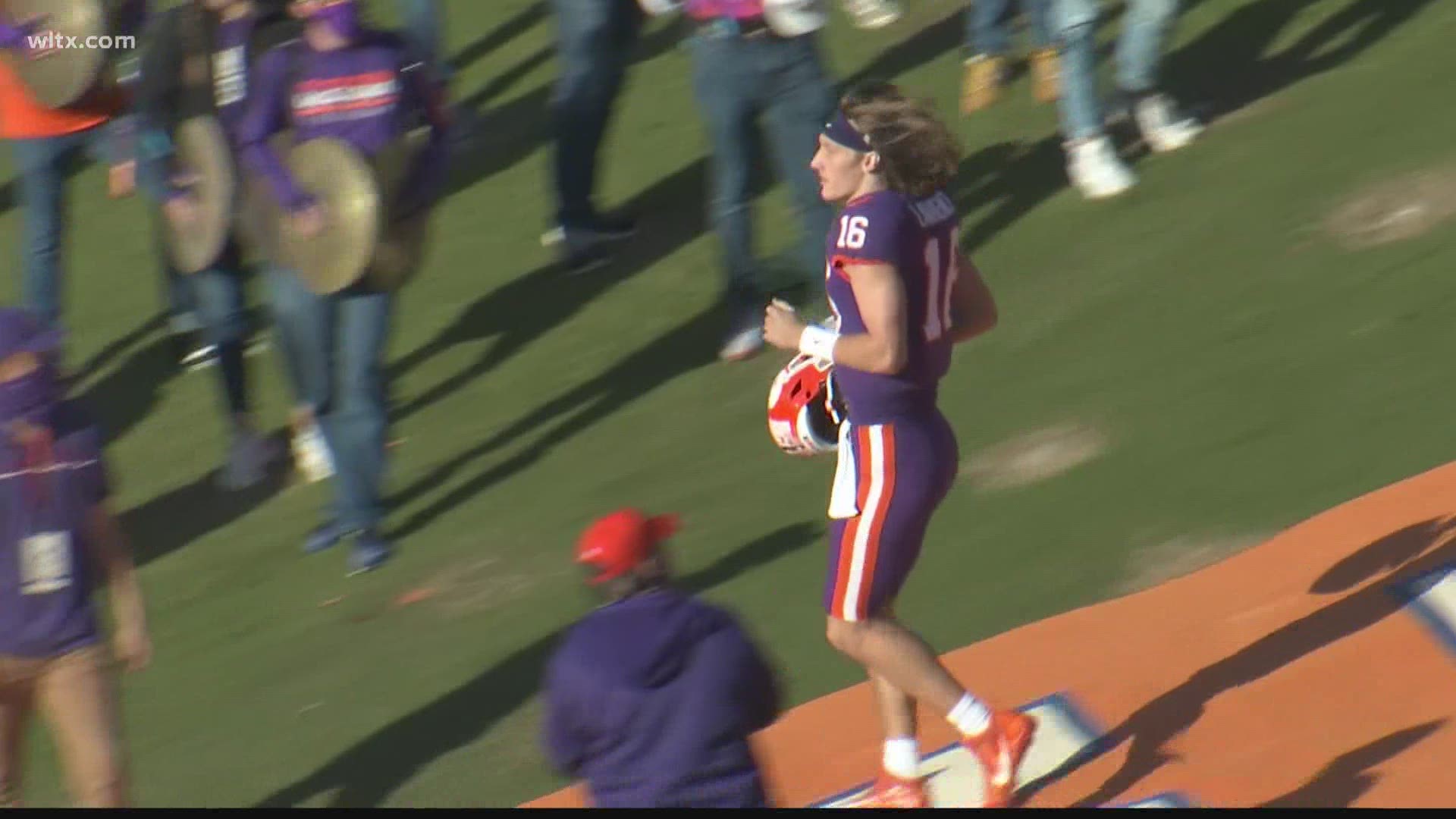 SENECA, S.C. — Trevor Lawrence is all in with being a Jacksonville Jaguar.

Lawrence was in Seneca Thursday night for the NFL Draft surrounding by family and friends.

He has already become a beloved member of the Jacksonville community after fans sent him and his wife Marissa a $300 toaster as a wedding present. So as he gets ready to become the face of that city, Lawrence will take the same mindset as he had when he was the face of Clemson football.

"My mindset always going in is that I’m going to earn everything that I get, so coming in I don’t have any expectations from anyone else other than myself. I expect to perform well and to adjust quickly and be ready to go, and that’s something I expect a lot out of myself, so that’s where I’m at mentally," said Lawrence

"From there like I said it’s just about earning – I think the biggest thing is – the respect and trust of your teammates. Without that it doesn’t really matter what you expect going in, you’ve got to earn that first. I’m just going to take it step by step, but like I said I’m going to do everything in my power to prepare, to be the best I can be and put us in the best chance to win.”