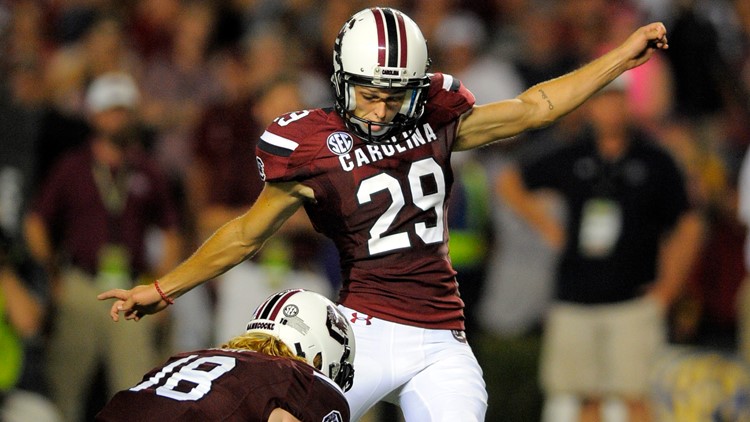 Elliott Fry is picked up by Brady's Bucs

One day after being waived by the Carolina Panthers, former South Carolina kicker Elliott Fry was picked up off the waiver wire by the Tampa Bay Buccaneers.

The all-time leading scorer in the history of the Gamecock football program with 329 points, Fry was 14-of-14 on field goals with the Orlando Apollos of the now-defunct Alliance of American Football.

In 2019, he signed with the Chicago Bears as an undrafted free agent. After playing in two preseason games, Fry was waived before signing with the Ravens. He had tryouts with eight NFL teams before signing a reserve/futures contract with the Panthers in February. He was waived on Thursday and one day later, Bruce Arians had scooped up Fry where he will compete for the starting job currently held by the incumbent Matt Gay.