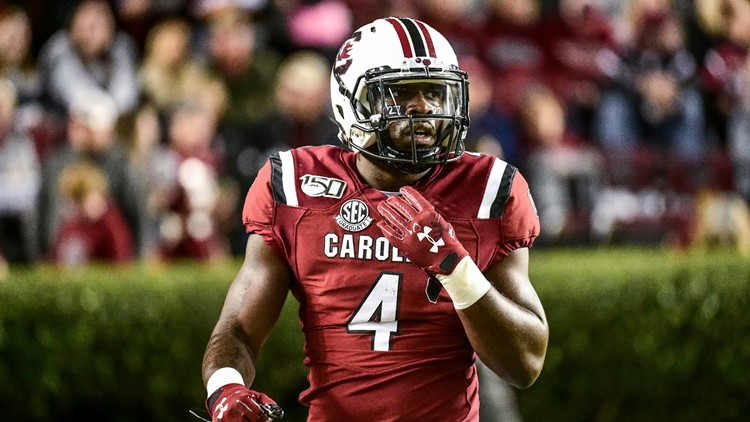 Tavien Feaster never got a chance to showcase NFL scouts in person what he could do. The former Clemson & South Carolina running back was not invited to the NFL Combine in February and then the pro day at South Carolina was cancelled due to the threat of COVID-19.

So after getting passed over in the NFL Draft, Feaster will get a chance to finally show NFL coaches what he can do.

Feaster signed a free agent deal with the Jacksonville Jaguars Saturday night and tweeted out a familiar battle cry for Jaguar fans in Duval county.

Feaster came to Carolina as a graduate transfer after three seasons in the Clemson program. He recorded 2,002 rushing yards and 20 touchdowns on 346 carries over 51 career games. He ranked second in Clemson history in career yards per carry (5.99) behind only Travis Etienne as of the conclusion of the 2018 season. In his one season at Carolina, he recorded 124 carries for 572 yards (5.4 ypc), with five touchdowns, along with 17 receptions for 87 yards. He had a career-high 175 on 25 carries against Florida.

Other free agent signings include