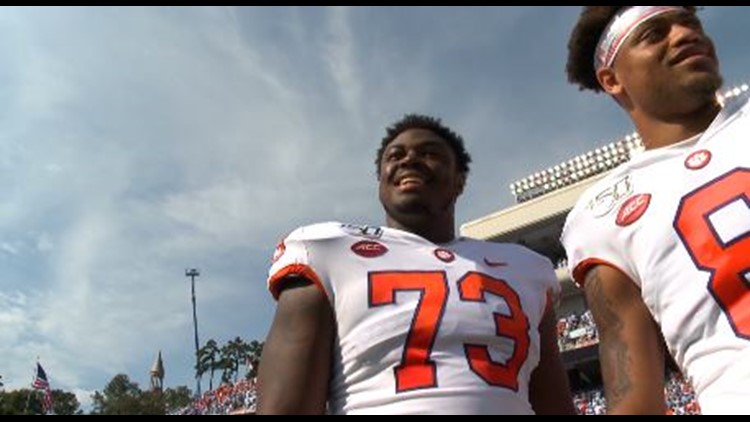 Anchrum closes out the 2020 NFL Draft for Clemson

Tremayne Anchrum closed out Clemson's involvement with the NFL Draft on Saturday as he was taken in the final stages of the final round.

Anchrum was selected in the seventh round with the 250th overall pick by the Los Angeles Rams Saturday.

A first team All-ACC selection this past season, Anchrum logged 2,516 career snaps, which made him only the 23rd player in school history top the 2,500 mark. He started 37 games and played in 55.

Anchrum is the first Tiger player selected by the Rams since they took Ridge View graduate and former Tiger defensive lineman Dorrell Scott in 2009. The franchise has drafted 12 players from the Tiger program.. The last time the Rams in Los Angeles drafted a Clemson player it was Cheraw native Dale Hatcher in 1985. The last six draft picks for the Rams involving Clemson players had come after the Rams moved to St. Louis.

Anchrum's father played basketball at Southern Cal so now the son will also have a connection to the city of Angels.