Following his performance against the Chargers, Panthers running back Mike Davis couldn't help but think about his late father who lost a year ago to cancer. 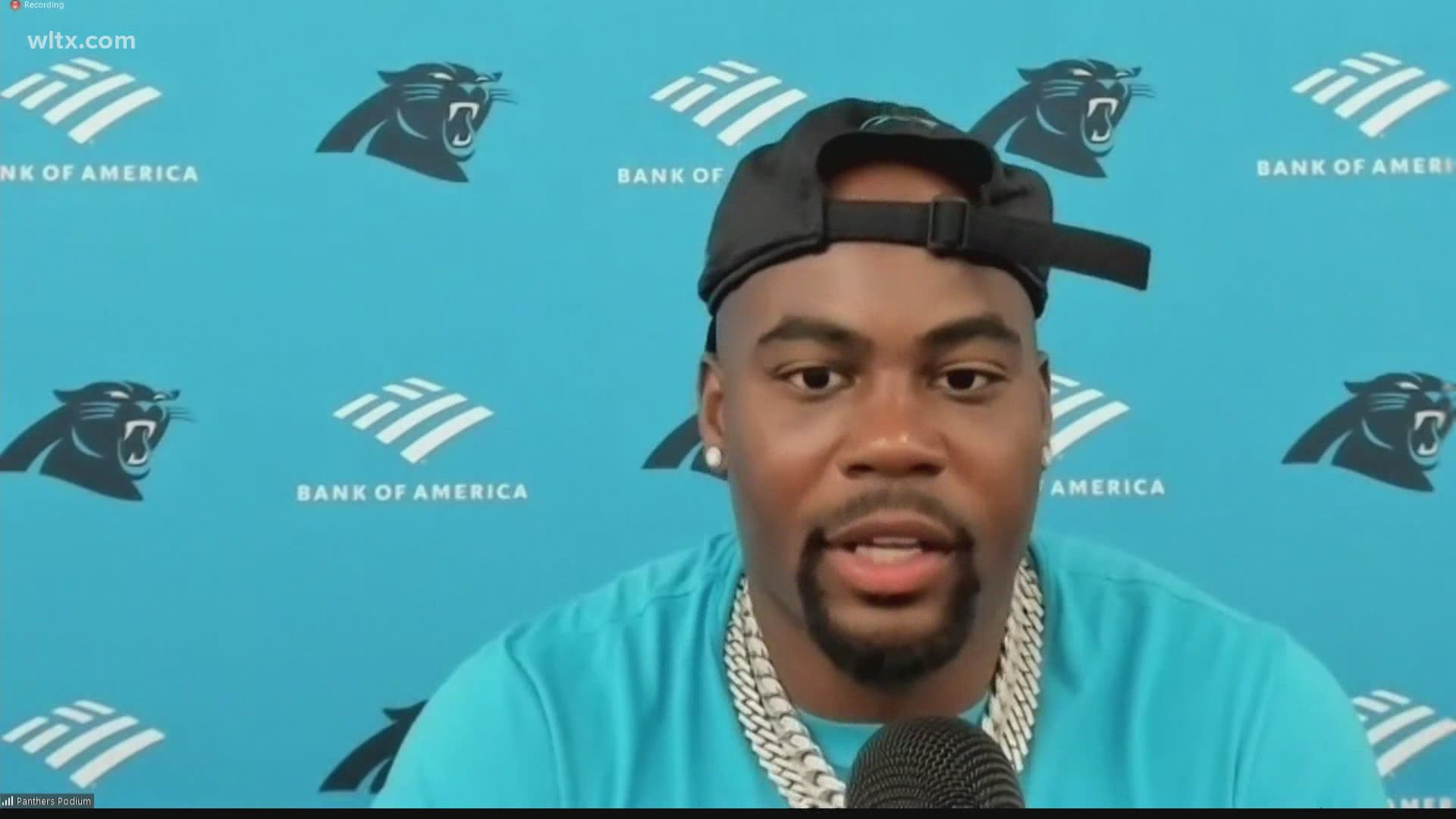 Former Gamecock running back Mike Davis had some big shoes to fill Sunday as the Panthers made their trip out west to face the Chargers.

With Christian McCaffrey out with an ankle injury, Davis got the start and scored a touchdown on a 13-yard pass from Teddy Bridgewater as the Panthers gave Matt Rhule his first win as Carolina's head coach.

After the game, Davis reflected on his father who a year and two days ago to cancer.

"I was thinking about him the whole time," Davis said.

"My Dad was really my biggest fan," he said.

Davis recorded 91 yards from scrimmage and scoring the only touchdown for the Panthers.

"I know he wanted to see me play," Davis said of his late father. "I know he would have loved to see it."