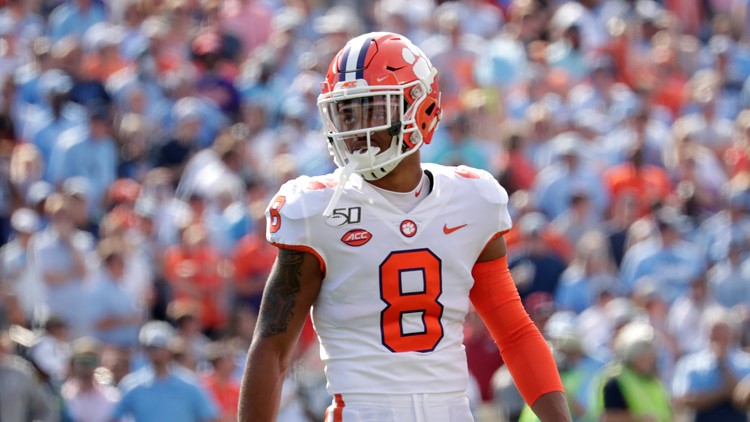 Clemson's A.J. Terrell is drafted by the Falcons

One year after placing three defensive players in the first 17 selections of the 2019 NFL Draft, Clemson saw two Tigers taken in the first round of the 2020 NFL Draft.

After linebacker Isaiah Simmons was taken with the eighth overall pick by the Cardinals, the Falcons chose former Clemson cornerback A.J. Terrell with the 16th overall selection.

Terrell is an Atlanta native and his selection means Clemson is the only defense in the country to produce multiple first-rounders in each of the last two drafts.

Terrell became the third-highest cornerback selected in Clemson history, trailing only selections by Donnell Woolford (No. 11 by Chicago in 1989) and Tye Hill (No. 15 by St. Louis in 2006). Terrell becomes the first Clemson player drafted by his home state team since 2015, when the Falcons took Georgia natives Vic Beasley and Grady Jarrett on Day 1 and Day 3 of the draft, respectively.

As a junior, Terrell was a First Team All-ACC selection after he recorded two interceptions,k seven pass breakups and 39 tackles.