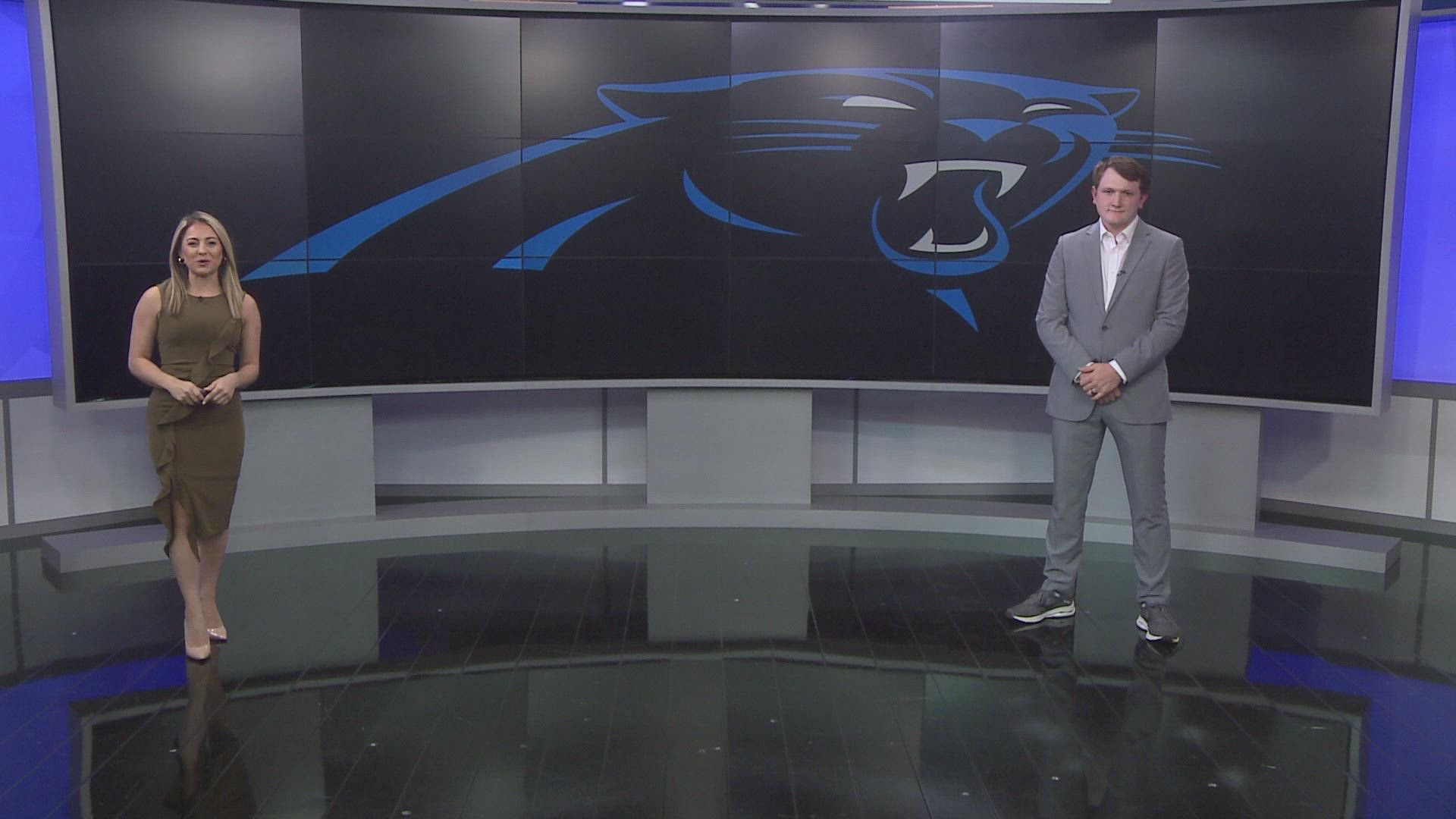 GREENSBORO, N.C. — We finally made it. Football season is officially here.

The league kicks off week one on Thursday night, but your Carolina Panthers host the New York Jets at 1 p.m. on Sunday. If you are looking to get up to speed on all things Panthers, you have come to the right place.

Below you will find all the information you will need about the 2021 Panthers. What will their offense look like? Will the defense be better in 2021? How many games can they win? I do my best to answer each of these questions and more.

Let's get one thing out of the way before we look at who the Panthers are playing to remind everyone that there is an extra game this season. 17 games and 18 weeks. That 17th game is going to impact stats, fantasy, and contract bonuses in ways we can't predict.

According to Sharp Football Analysis, the Carolina Panthers are projected to face the 13th easiest schedule this season. The oddsmakers in Vegas seem to agree as they have the Panthers over/under win total at 7.5 games. Each of the Panther's 17 games fits into one of three categories: Likely Win, Toss Up, Likely Lose.

This category may be called “Likely Win” but these are true must-win games. The Panthers finish their season with the hardest projected schedule from week 14 onward. All 4 of these teams failed to make the playoffs last year and if the Texans had not traded their pick away, all four would have drafted ahead of the Panthers in this years draft. Each of these teams also features a brand new head coach and the Texans and Jets will be rolling out new Quarterbacks as well. The Panthers cannot afford to lose any of these 4 games if they want to have a successful season.

The week 2 matchup with division rivals the New Orleans Saints is the latest addition to the “Toss Up” group. Even with a new QB Saints HC Sean Payton is one of the best play callers in the sport and he has battled the Panthers for more than a decade. I don’t believe the Panthers will be overmatched by any of these teams but they are bound to lose a few of those games. This is the true critical stretch for the Panthers, if they at least win 4 or 5 of these games, along with the other 4 must wins, they will beat the over in win totals and set themselves up nicely for a wildcard spot in the playoffs.

Tampa Bay are the reigning champions and from all sorts of reports the offense actually looks better this year. They are one of the few Super Bowl winning teams to return in the next season with all your major personal back in one place. The Bills are no slouch either, finishing last season as the AFC runner up. Every fan wants to go 17-0 but a much more realistic outcome is the Panthers losing at least 3 of these 4 games.

With that tough stretch to close their season, the Panthers will have to stack their wins during the much more favorable part of their schedule. In the first 12 weeks, the Panthers play just 2 playoff teams, the Saints and the Washington Football Team. That early stretch will make or break the 2021 season for the Panthers. If they overperform and win 9 out of the 12 games they are likely heading for the playoffs, if they underperform and only win 3 or 4 they are heading for a top 5 pick and likely a new quarterback next fall.

Sam Darnold. By now you have likely formed an opinion on the new Panthers QB but just in case you haven't here is what you should know. Sam Darnold was not just below average during his tenure with the Jets, he was one of the worst QBs each of his 3 years. Of all qualified passers, he ranked in the bottom 5 in QBR and passer rating. He was not effective while under pressure or from a clean pocket last season and he did not excel at throwing short, intermediate, or deep either.

So why would the Panthers spend 2nd and 4th rounders to acquire a QB who has proven for 3 straight years he is not starting caliber? It boils down to nature vs nurture. Like most rookie QBs Darnold inherited a bad team and by his second season, he inherited infamously bad Adam Gase to be his head coach. The roster that was built around him never quite coalesced and he learned bad habits running for his life behind an offensive line who couldn't keep him from seeing ghosts. Coach Rhule and GM Scott Fitterer saw something in Darnold while watching tape, probably the same thing the Jets saw when they drafted him 3rd overall in 2018.

Their idea is to take the 23-year-old and coach his bad habits out of him while surrounding him with the best offensive weapons he has ever played with. They are hoping to emulate the Ryan Tannehill model. Tannehill played under Adam Gase for a few years in Miami and performed poorly. Tannehill has lead one of the most efficient offenses in the NFL since taking over the Titans job just over 1.5 years ago.

However, one problem still remains--the offensive line. Signing RT Taylor Moton to a long-term deal was the smartest move of the offseason but everything to the left of him on the line is still a work in progress. I would predict that the 5 linemen who start week 1 vs the Jets might not be starters by the time week 18 rolls around.

The strength of the offense lies in the skill positions with weapons like Christian McCaffrey, DJ Moore, and Robby Anderson. New TE Dan Arnold had a nice preseason and training camp and will be a huge safety blanket for Darnold. McCaffrey missed all but 2 games in 2020 and his return to the field should add another layer to Joe Brady's offense that we might not have seen last year.

A player to definitely keep your eye on this year is rookie WR Terrace Marshall Jr. Marshall hails from LSU so he has a familiarity with Brady's system, something he showed during the preseason on his way to leading the NFL in receiving yards. Marshall's combination of size and speed make him both a deep play threat and a great red-zone target. Marshall's performance during camp and preseason was convincing enough for Carolina to cut WR David Moore, whom they just signed earlier this spring.

There is enough talent on this offense that even average QB play from Darnold will put the Panthers in a good place to win. However, if Darnold continues to prove he is not a starting caliber QB in 2021 the Panthers will be back in the top 5 of the NFL draft. 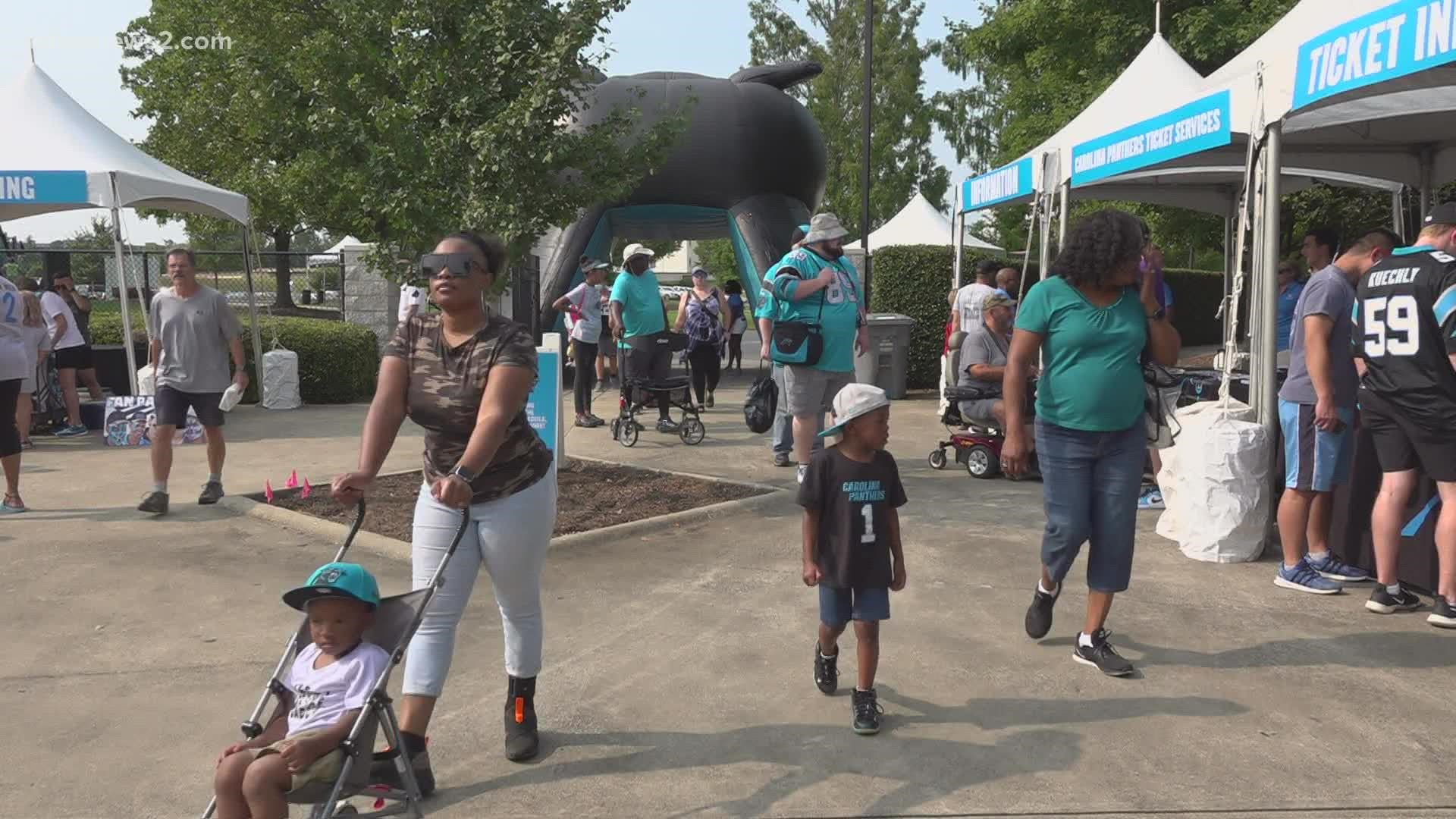 This is the unit I am most excited about watching in 2021. The Panthers rolled out one of the youngest defenses of the last decade in 2020. As the season wore on that defense got better and better including holding Green Bay's number one scoring offense to zero points in the second half of their late-season matchup.

The defense is still young, but they are fast and while holes still persist in the secondary, the front seven for these Panthers will be formidable. Brian Burns alone is enough to get excited about. He showed real progress last season and he put on 15 pounds of pure muscle during the offseason. The only way to successfully block Burns last season was with brute force, with the added weight he may become unstoppable.

The Panthers also acquired defensive lineman Morgan Fox and DaQuan Jones as well as OLB Hasson Reddick to help take some pressure off of Burns. I am incredibly excited to watch how defensive coordinator Phil Snow uses Burns and Reddick this season. Both of them excel at going downhill towards the QB in pass situations and Burns showed real ability in coverage last year. With both Reddick and Burns lined up on opposite ends, Snow should be able to play some games with opposing offenses.

Carolina made a few moves to bolster their secondary as well. They drafted CB Jaycee Horn with the 8th pick, they signed vet CB AJ Bouye in march and they moved "Mr. Do Everything" Jeremy Chinn to his natural position of safety after he spent most of his time playing linebacker last year.

As it turns out, replacing Luke Kuechly is hard. After the failed Tahir Whitehead experience last year the Panthers moved onto Denzell Perryman but after a training camp and preseason filled with setbacks and injuries, Carolina traded Perryman to the Raiders and named Jermaine Carter as starting linebacker alongside Reddick and Shaq Thompson. Depth at linebacker is also shaky at best which is why Jeremy Chinn will roll down to linebacker in select situations.

While the fate of this season ultimately lies in the hands of Sam Darnold and how he performs, the strides that the Panthers defense make, or don't, this season will have ramifications for years to come. I have a feeling that something is brewing on this side of the ball.

The Panthers went into last season with very few expectations, especially after a heavily restrictive COVID offseason program. This season feels different. Matt Rhule partly got the job for his ability to build programs and grow talent. At both Temple and Baylor, his teams saw a significant jump in success in year 2 and it is only fair to assumer that the Panthers will take their own step forward this year. I do not believe 8 wins is unreachable for this roster when you consider the return of CMC, a better defense, and just terrible luck in close losses last season.

This is far from a perfect team and even though some of the decisions they have made have seemed confusing, there does seem to be an overall plan in place. It feels that the Panthers are really only a few pieces away from competing in a real way, it just so happens that one of those positions is the most important in all of sports--quarterback.