Temarrick Hemingway is on his third team entering his third season in the NFL but he's excited to be a part of a contender and it's close to home. 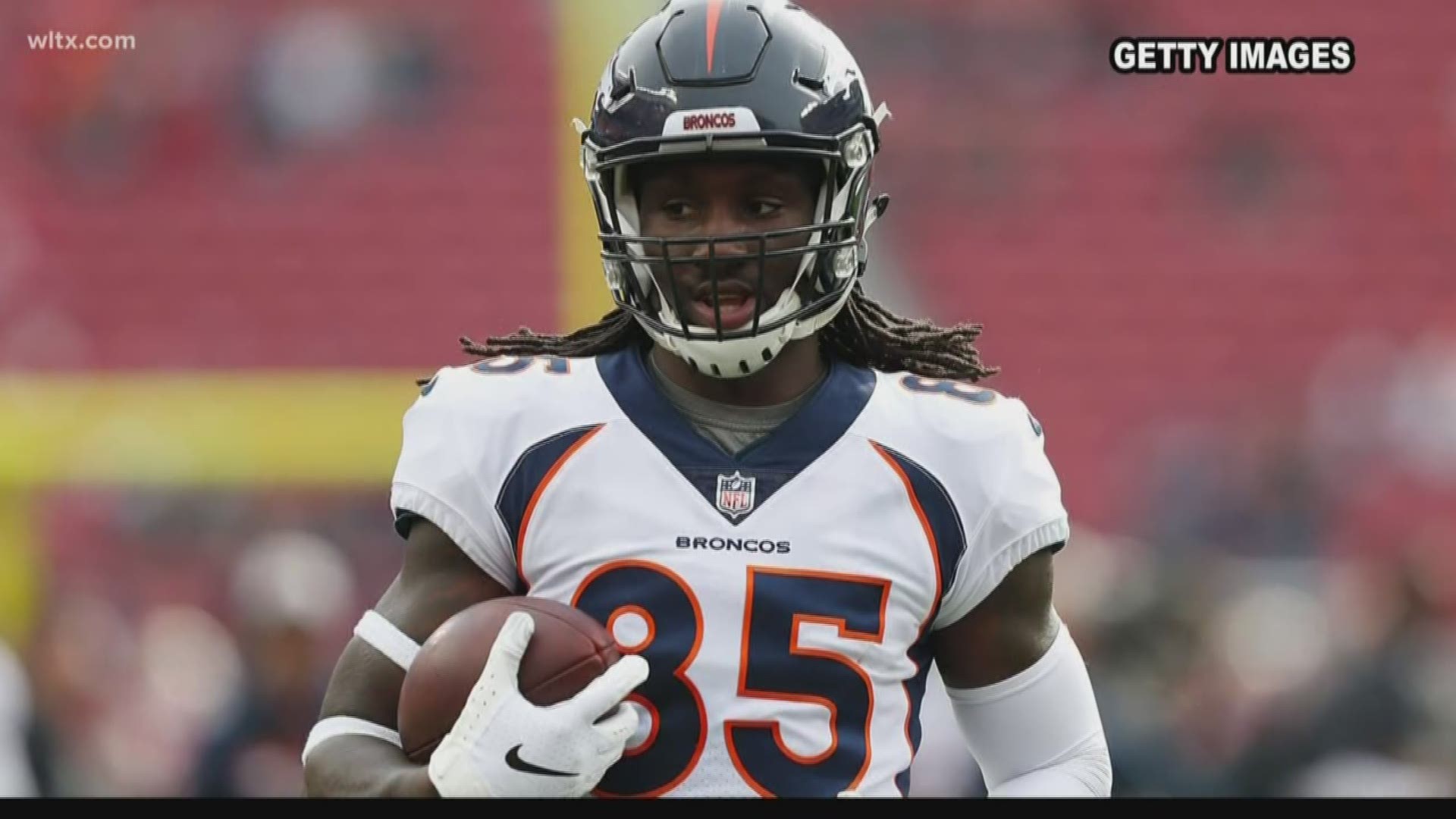 SUMTER, S.C. — After his first week in mini camp with the Carolina Panthers Temarrick Hemingway is feeling like he's in the right place at the right time.

Temarrick hails from Myrtle Beach and is now on the Panthers roster after Carolina claimed him off waivers from the Denver Broncos last month.

The North Myrtle Beach High School product feels he's in a good situation. The Panthers have improved in the offseason but after 13 games in his NFL career and his third team in three seasons, he's looking forward to learning from one of the best in the business at his position.

"Learning from Greg Olsen, he's been in the league 15 years plus so having a veteran guy like that around me is going to help me develop as player and a person as well."

Temarrick has mostly spent his career as a blocking tight end in the league and hasn't had the chance to show of his hands and route running skills in the regular season but he was a receiving threat while at South Carolina State.

Temarrick was a sixth round pick in the 2016 NFL draft by the Rams. He caught 8 touchdowns and had over 1,000 receiving yards in his career in Orangeburg. The 6'5", 245 pound tight end still stays in contact with his college coach Buddy Pough. He says he gets a lot of support from Buddy and hopes he gets the all time wins record this season.

That support has always been a big boost for Temarrick given the start to his NFL career. After 8 games with the Rams he was moved to the Broncos and played five games in Denver last season. He hasn't caught a pass in a NFL game yet. He's mostly bee on the practice squad with his last two teams and had a shortened 2017 season because of a fractured fibula.

He admits he was surprised Carolina claimed him so quickly but they saw something in him and they are stockpiling tight ends. There are six on the roster right now.

"They told me to just be me. Just the overall experience has been really good for me. I'm just taking it all in just one day at a time and trying to get better every day," Temarrick said.

Greg Olsen is in his later years and has had some major foot issues the last couple of seasons. His backup Ian Thomas isn't fully healthy either so they need capable players to step up especially in a worst case scenario where Olsen and Thomas aren't available.

The former SC State bulldog wants to show he can do it all and be a receiver for Cam Newton who looks like he's bouncing back into form after his surgery.

"On the last day of mini camp I did catch a pass from him. I can tell you nothing has changed from him so just expect Cam to come in and do what he does."

Temarrick is not only happy for this opportunity but he's happy that he has a chance to make the roster for a contender in the NFC.