The Carolina Panthers' Pro-Bowl tight end will retire with the legendary linebacker to commemorate their time with the team. 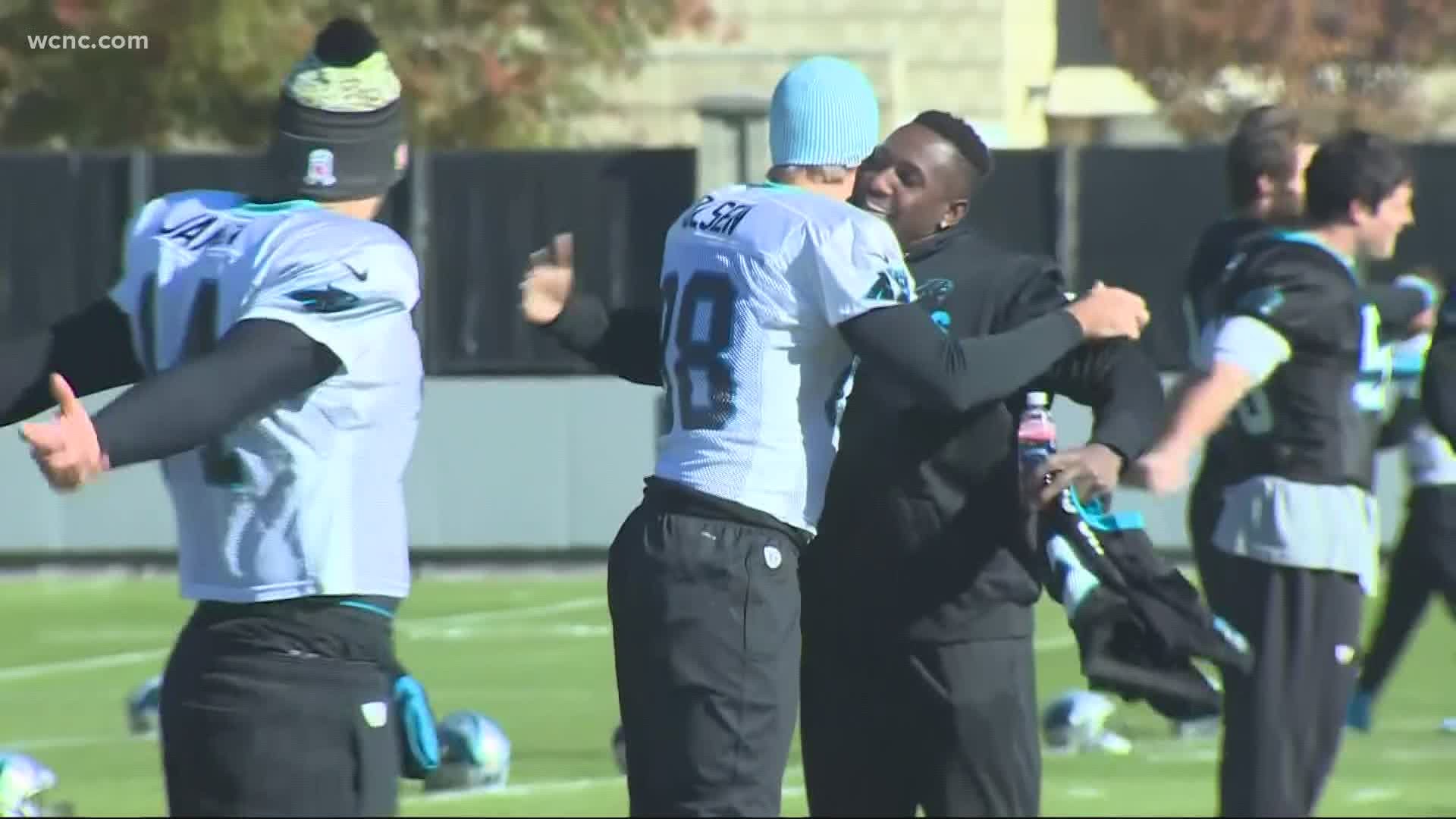 This may explain why Olsen decided to join Davis for a double retirement ceremony.

On Wednesday, Davis announced his retirement and his plans to sign a ceremonial one-day contract with the Carolina Panthers on March 11.

The All-Pro linebacker was released by the Washington Football Team but was expected to call it a career after the 2020 season.

Olsen, who announced his retirement from the Panthers back in January, responded to that announcement with a simple tweet that read: "Sounds fun, see you there."

Davis will officially retire with the team he began his career with and helped reach the Super Bowl.

“To the Carolina fanbase,” Davis said, “I just want to say to you guys, you have been tremendous throughout my entire career. I can not thank you guys enough for your love and support.”

RELATED: Thomas Davis will retire as a Carolina Panther

In his nine seasons with Carolina, Olsen made three Pro Bowls and one Super Bowl and had 524 catches for 6,463 yards and 39 touchdowns. He also was a team leader for the Panthers.

Thank you for the clutch third-down catches, the unmatched knowledge of the playbook and the endless laughs.#KeepPounding @gregolsen88 pic.twitter.com/GxpeHPtEc1

Olsen is also known for the impact he had on the Charlotte community. In December, he shared the first look at the new pediatric cardiac center at Levine Children's Hospital in Charlotte funded largely by his foundation.

RELATED: 'When it's time, it's time' | Greg Olsen announces retirement from NFL

In May 2019, Atrium Health announced then-Panthers star Olsen's foundation had donated $2.5 million for the center. The new center is named the HEARTest Yard Congenital Heart Center. The virtual grand opening was held on Dec. 7.