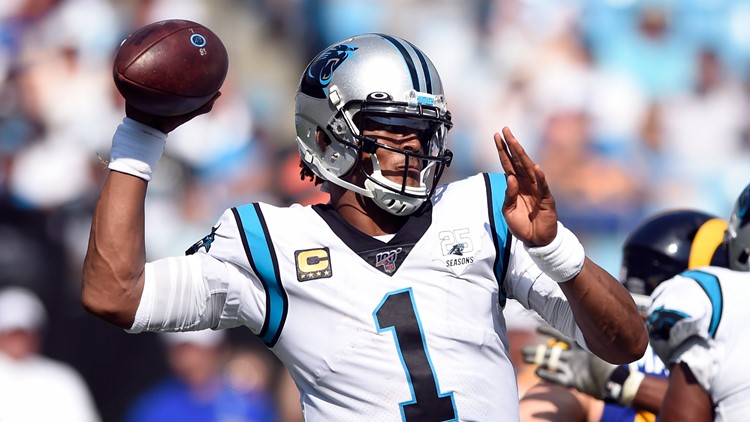 Newton's future with the team all but ended with the signing of free-agent QB Teddy Bridgewater in free agency. The team announced they had given Newton and his representation permission to seek a trade. Now, Newton will be a free agent for the first time in his career.

ESPN's Adam Schefter broke the news Tuesday morning. Newton responded to the team's Instagram announcing he was given permission to seek a trade, replying that the move was forced upon him. He was set to enter the final year of his contract in 2020, and multiple surgeries led to speculation over him returning to the team this season.

The 2015 NFL MVP missed all but two games in 2019 due to a foot injury he suffered in the preseason. Newton aggravated that injury while trying to play through the pain and missed the final 14 games of a dismal campaign for Carolina.

Newton leaves with his name all over the Panthers record book and is the NFL's all-time leader for quarterback rushing touchdowns. He also owns the record for most games with a passing touchdown and rushing touchdown. He was drafted first overall in the 2011 NFL Draft out of Auburn University.

RELATED: Panthers fans share some of their most memorable moments with Cam Newton