Graham Gano #9 and teammate Michael Palardy #5 of the Carolina Panthers react after a field goal against the Tampa Bay Buccaneers in the second quarter during their game at Bank of America Stadium. (Photo by Grant Halverson/Getty Images)

CHARLOTTE, N.C. — Graham Gano's season is officially over as the Carolina Panthers placed the veteran kicker on injured reserve Wednesday with a knee injury.

In 12 games, Gano was 14-16 on field goals and 30-33 on extra points. He was sidelined with a left knee injury after the Panthers' loss to Tampa Bay on December 2.

He was named NFC Special Teams Player of the Month in October after lifting the Panthers to a win over the New York Giants with a 63-yard field goal as time expired. He also had a streak of 28 consecutive made field goals, best in the NFL this season.

Carolina signed free agent Chandler Catanzaro before the Browns game as an emergency option for Gano. Catanzaro has been perfect for the Panthers, connecting on both field goals he's tried and three extra points. 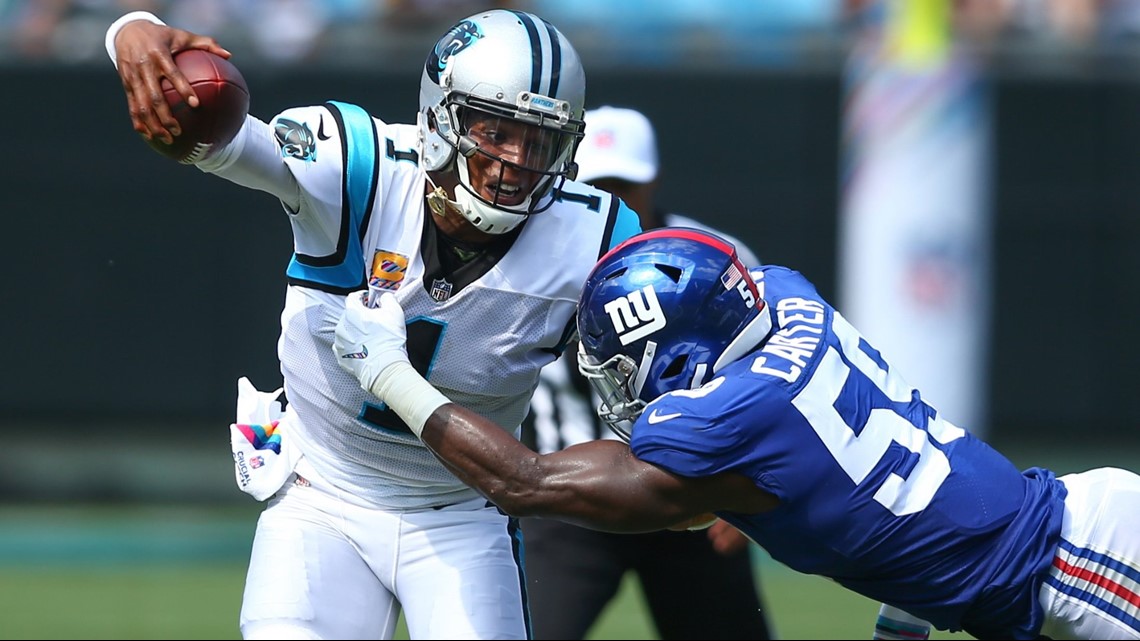