SPARTANBURG, S.C. — Cam Newton is participating in 11-on-11 team drills for the first time since undergoing arthroscopic surgery in January on his right throwing shoulder.

The Panthers quarterback was limited to mostly short passes in the first half of practice as the team opened training camp Thursday night in front of several thousand fans at Wofford College. 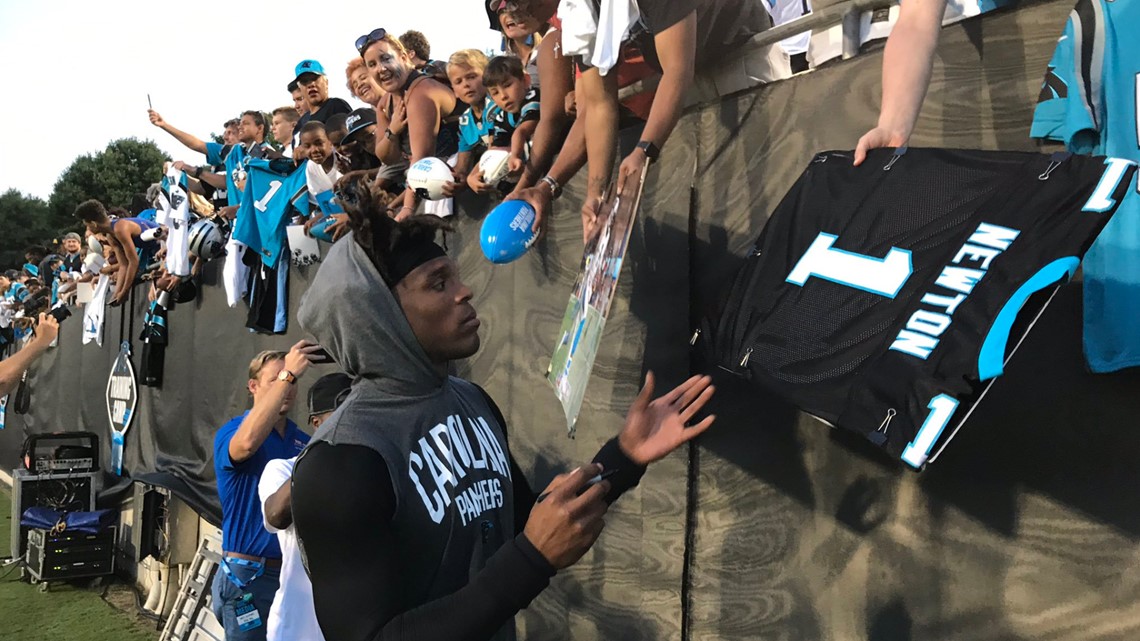 It's another small step in the right direction for the 2015 MVP, who struggled through a shoulder injury last season that limited his arm strength and ability to throw the ball more than 20 yards downfield. The injury caused Newton to miss the final two games of the season.

Newton's lack of arm strength made the Panthers fairly predictable on offense and Carolina lost seven of its final eight games to finish 7-9, missing out on the playoffs.

No longer getting notifications? Click here for the new WCNC app

Bradberry looks to make splash in 2019

Have you seen the 'Pink Lady Bandit'?