At age 7, Olympian Ryan Murphy drew himself standing on a gold medal

You have to hear Olympic star Ryan Murphy tell the story. Talk about dreaming big as a young boy! 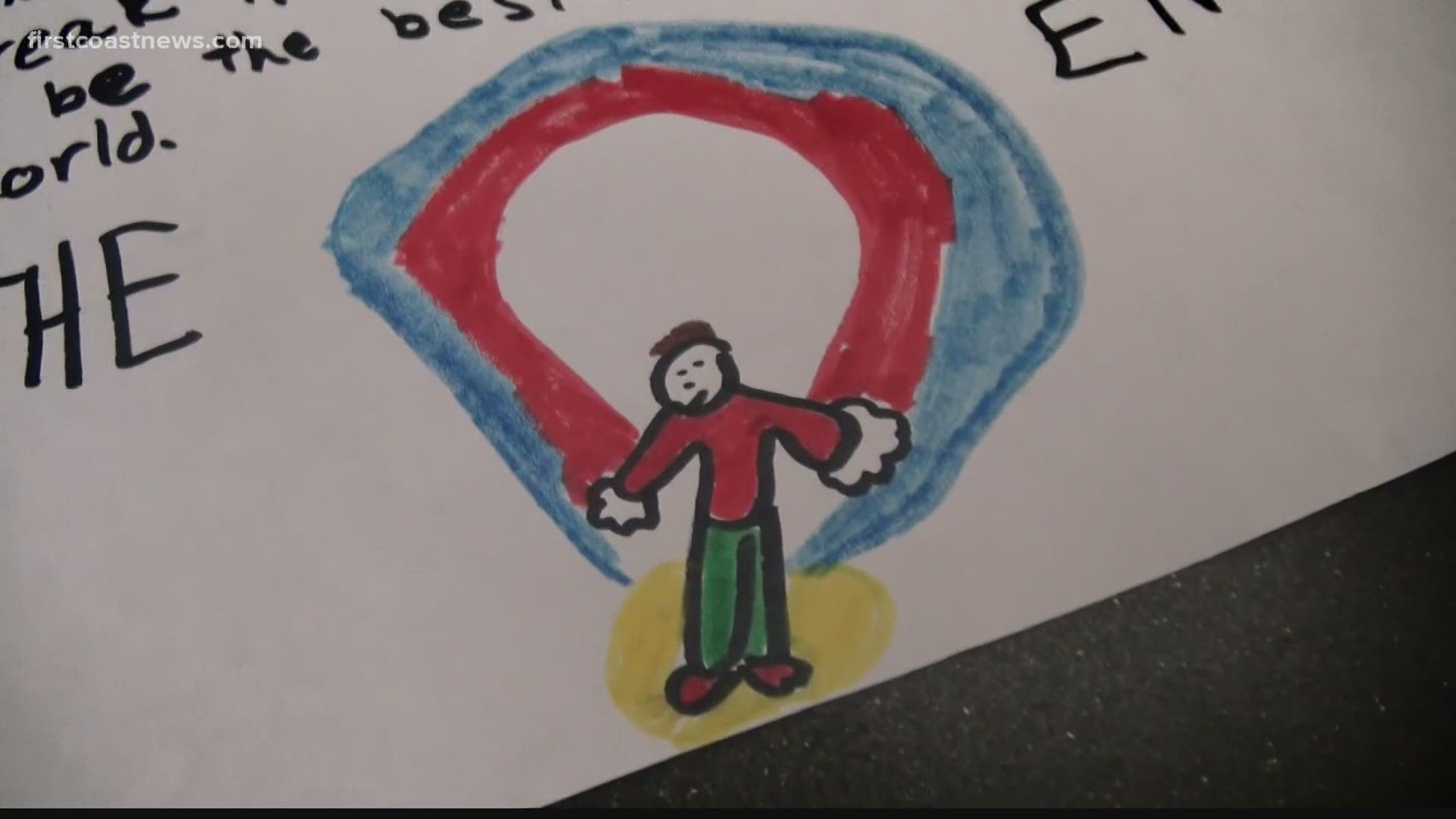 JACKSONVILLE, Fla. — Ryan Murphy has a homemade book on his lap.

"It was an art project when I was in second grade, I think," he recalled.

Murphy was about seven years old when he took magic markers and made a book for his mom. "I love my mom," he said. "I think I was a mama's boy growing up."

Murphy dedicated the book to his mom, Katy.

"When I found that, oh, my gosh!" his mom remembered.

Good thing the family didn't lose track of the book.

Ryan continued the story: "And the last page says, 'I hope my swimming life continues. I hope to be an Olympian when I grow up.'"

RELATED: List: Athletes from the First Coast heading to the Tokyo Olympics

"It's a lofty goal," Murphy said. "I don't know if I can achieve that. But it's good to shoot high."

The punchline to this story is that Murphy shared the book back before he made his first U.S. Olympic team for Rio. That was 2016.

And just as he dreamed in the book, when he drew himself on a yellow circle, Murphy earned -- not one-- but three gold medals in Rio.

Now Murphy will race in the backstroke at four events in Tokyo.

"Heck, yeah, I'm fired up,"  Murphy said. "It's been two years since a big meet and five years since the Olympics."