Disappointments in your life? How a local Olympian bounced back

Garrett Scantling kept hitting a dead end. But he didn't see it as the end. He kept battling back and now he's an Olympian. 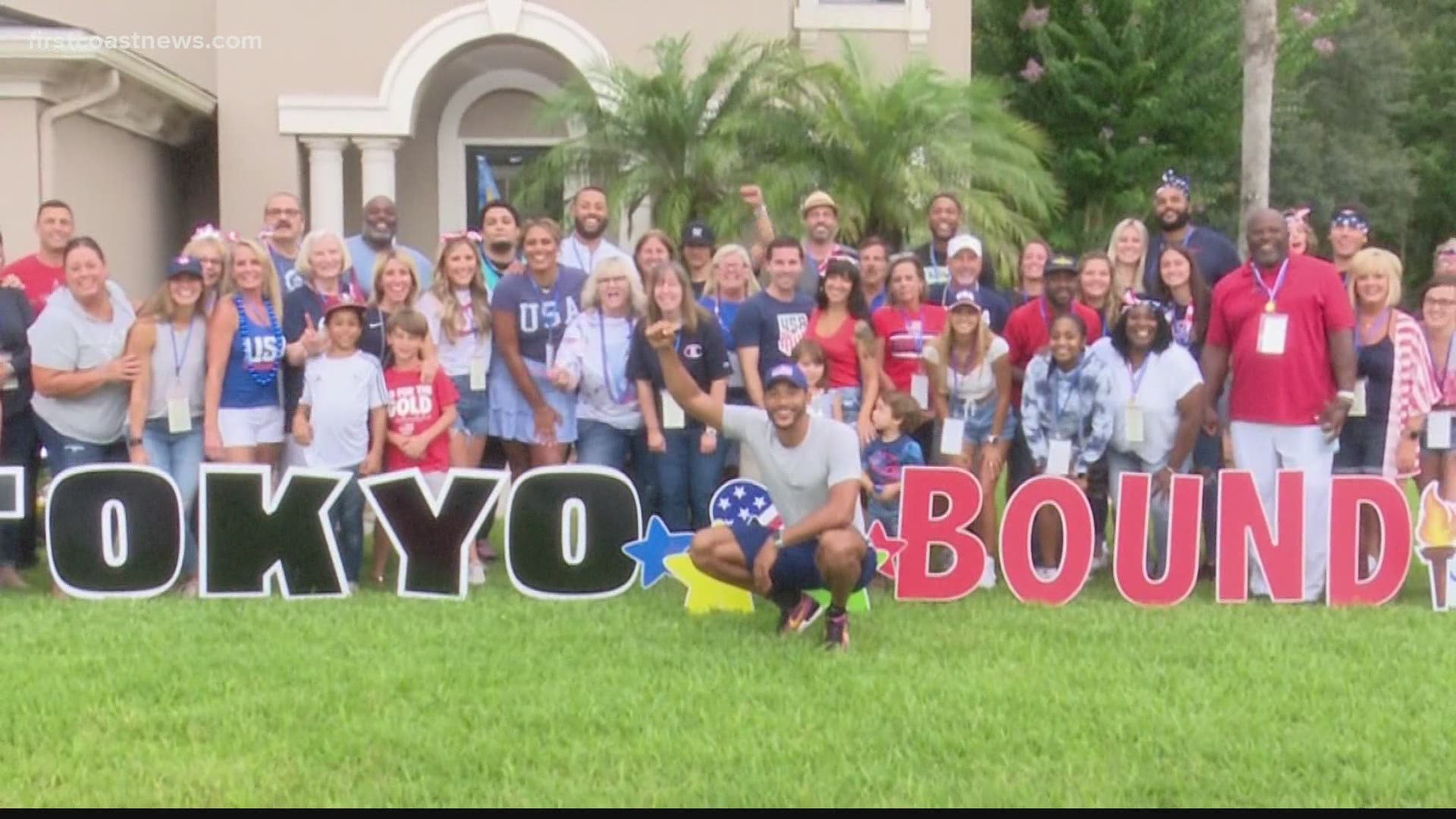 JACKSONVILLE, Fla. — He could have given up. Jacksonville's own Garrett Scantling had every reason to give up.

But here's the beautiful part. He didn't.

Scantling, age 26, graduated from Episcopal High School and the University of Georgia.  Now he's an Olympian in Tokyo. He represents the USA in the decathlon, which is often called the most grueling event in all of sports.

That's the victory. But let's look at  the three bog defeats which could have knocked him down.

In 2016, he went to Eugene, Oregon to try out for the Olympic team. He was on fire until the 1500, the "metric mile."  His endurance began to fizzle and he wound up placing 4th.  Only the top three make the Olympic team.

His mother, Robby, says her son told her, "Mom, I didn't even get a t-shirt."

What does that mean?  Turns out, as the 4th place finisher/the alternate, he had to go through Olympic processing. His mom says, "And we had to go in that room with all those athletes and he had to pic out everything he wanted to wear. He walked away with nothing."

Imagine that. You cannot wear an Olympic uniform. You are not an Olympian. But you have to pick out the Olympic gear in a room packed with athletes all excited they made the team.

His mom says, "He was so upset. I spent the next two days with him in Oregon."  She still has a picture of Scantling behind a fence, as she's trying to reach over and pat her son on the head.

Credit: Scantling and his mom after he didn't make Olympics in 2016

Scantling was picked up by the Atlanta Falcons to play NFL football. But he was cut.

He tried again for the NFL at Jaguars mini camp. He was cut again.

Looking back, Scantling says, "I don't want that feeling again."

Scantling is not into blaming anyone else.  He says, "Version 1 of Garrett.. There was always an excuse.  My stomach hurt or my ankle hurt. Something always prompted me to cut practice short."

But with his family support and his faith, he tried again.  "God was always behind me," he says.

Credit: Scantling's mom and friends fired up for him

His UGA coach,  Petros Kyprianou encouraged him to train at Georgia and go for the decathlon again --- this time for the Tokyo Olympics.

This time, "Version 2 of Garrett,"  as he likes to say, smoked the Olympics.  He finished first for the U.S. decathlon team, with 50% of his ten events personal bests.

His mom looks at her son's photos and just beams.  "He's the best athlete in the world. There you go."