Page tabbed as the Sun Belt's Defensive Player of the Week

He was named the Sun Belt Conference Defensive Player of the Week for the first time of his career. 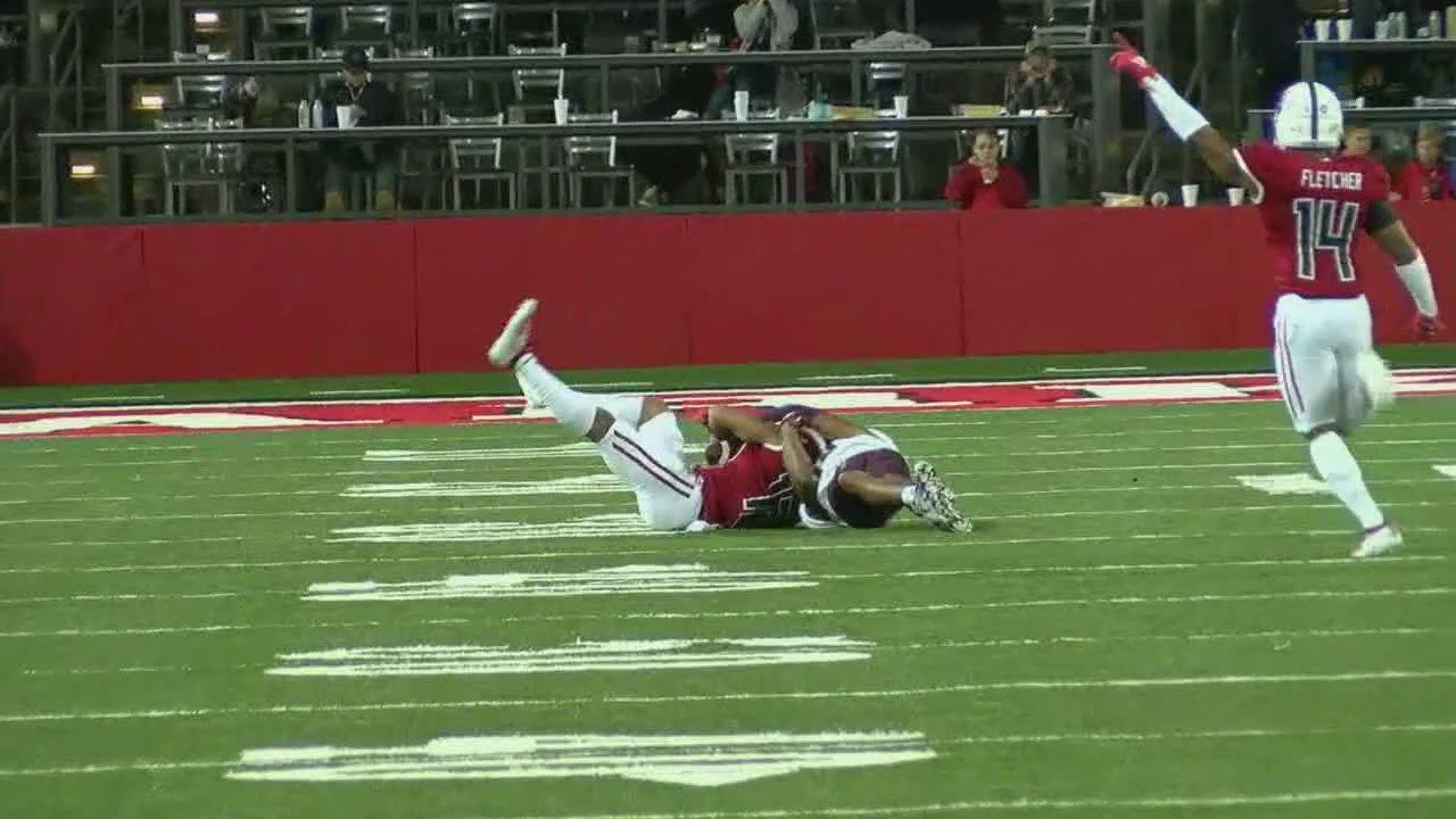 JONESBORO, Ark. — Arkansas State sophomore cornerback Nathan Page was named Monday as the Sun Belt Conference Defensive Player of the Week for his performance during the Red Wolves’ 38-14 Homecoming victory over Texas State.

Page posted a career-high two interceptions, a pass break-up and two tackles to help A-State claim its fifth consecutive victory over Texas State.  The Roland, Ark., native not only recorded the first two interceptions of his career, his two picks tied the most by a Sun Belt player this season.  He became the first Arkansas State player to record multiple interceptions in a game since former defensive back Justin Clifton also had two against ULM on Nov. 17, 2018.

Each of Page’s interceptions came in the second half, helping the Red Wolves outscore the Bobcats 21-0.  He was part of A-State’s defense that allowed just 227 yards total offense and eight first downs on the night.  Page now ranks tied for the third most passes defended (8) in the Sun Belt this season.

The Red Wolves hold a 4-4 overall record and 2-2 mark in Sun Belt action as they get set to face ULM (3-4, 2-1) Saturday, Nov. 2, at 2:30 p.m.  The contest will appear on ESPNU, and every Red Wolves football game can be heard live on the EAB Red Wolves Sports Network, including flagship station KFIN 107.9 FM.