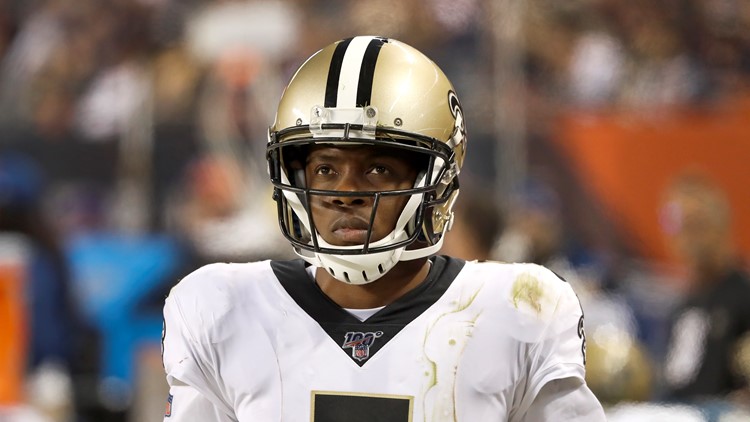 Photo by: AP
New Orleans Saints' Teddy Bridgewater heads back to the field during the second half of an NFL football game against the Chicago Bears in Chicago, Sunday, Oct. 20, 2019. (AP Photo/Charles Rex Arbogast)

The deal is reportedly worth a total of $63 million, with $33 million guaranteed.

Bridgewater spent his seventh season in the NFL with New Orleans in 2019, going 5-0 in replacement of injured starter Drew Brees.

His completion rate of 67.9 percent was sixth among league quarterbacks with at least five starts.

Bridgewater, 27, began his career with the Minnesota Vikings as a first-round pick in 2014.

After a Pro Bowl season in 2015, the former Louisville Cardinal suffered a devastating knee injury that kept him off the field for the majority of the 2016-17 seasons.

In 2018 Bridgewater signed with the New York Jets, but was soon traded to the Saints, where he started one game.