'The Patriot' Del Wilkes, wrestler and USC football star, passes away at 59

After his football career ended, the former Gamecock All-American became a superstar in the world of professional wrestling 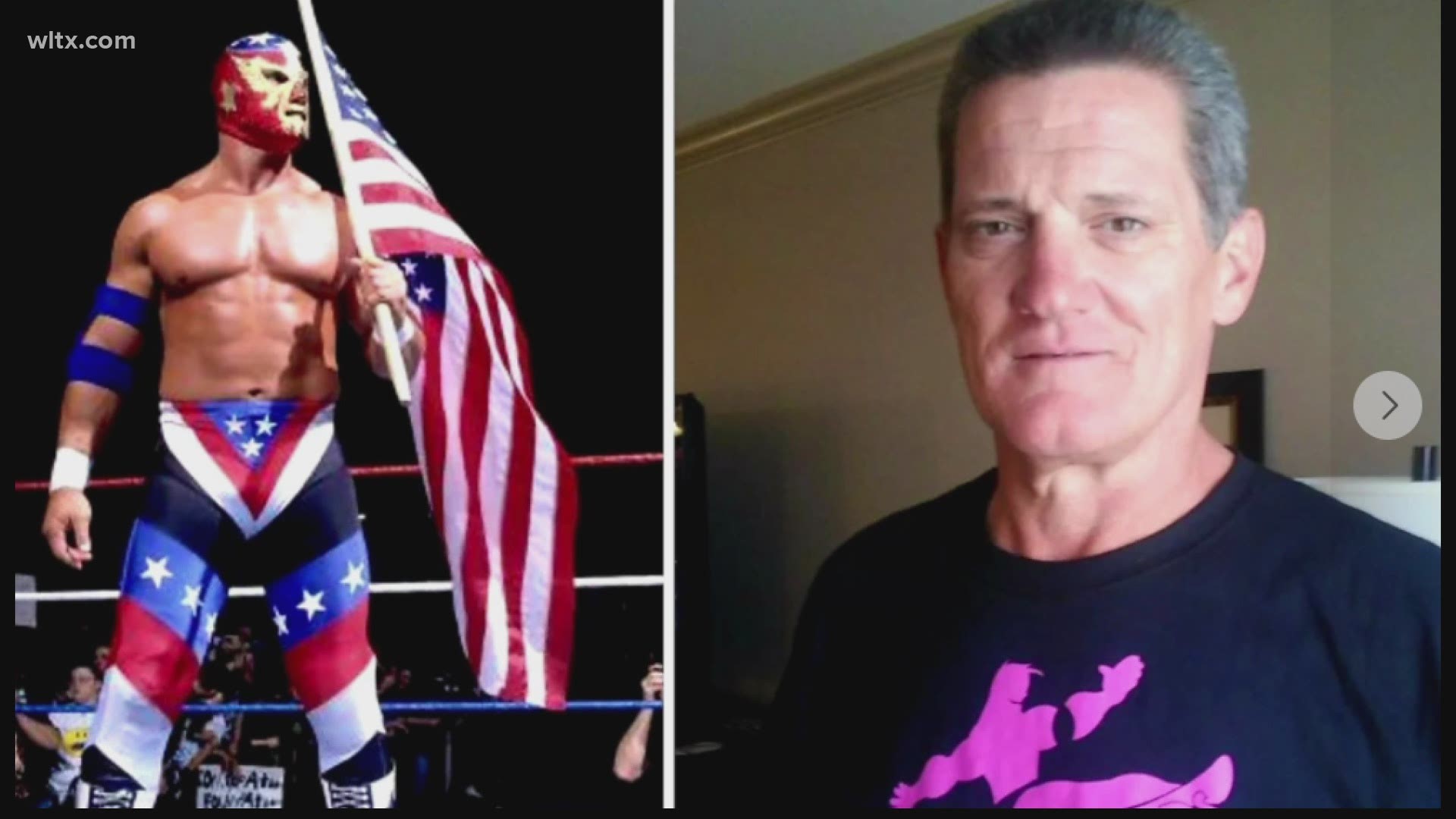 Wilkes died suddenly Thursday at the age of 59 after a massive heart attack. The WWE released the following statement:

"WWE is saddened to learn that Del Wilkes, known to WWE fans as The Patriot, has passed away at the age of 59."

"WWE extends its condolences to Wilkes’ family and friends."

He was an All-American offensive lineman at South Carolina in the Joe Morrison era. As one of only four consensus All-Americans in the program's history, Del Wilkes was an anchor on that 1984 team which finished 10-2.

But Del Wilkes' greatest success would come in the world of professional wrestling where he first came on the national radar in the American Wrestling Association where wrestled under the moniker "The Trooper". After finishing off his opponent, Wilkes would write out a "ticket" which he would give to his lifeless opponent for some unknown violation.

He would eventually move to World Wrestling Entertainment as "The Patriot" where as a masked wrestler, Wilkes shot to the top of the rotation as his popular character was a natural crowd pleaser.

For the past 16 years, Wilkes was in the Midlands working as a car salesman and he also found time to make public appearances as the wrestling world never forgot his legacy in the sport.

Before making a name for himself in the squared circle, Wilkes was a standout on the football field for the University of South Carolina, where he earned the distinction of being voted a consensus All-American. After making the switch to sports-entertainment, Wilkes competed all over the world before arriving in WWE in 1997 as The Patriot.

A Superstar quickly on the rise, The Patriot proudly donned the red, white and blue of America in the midst of a rivalry with The Hart Foundation, leading to a memorable match against Bret Hart for the WWE Championship at In Your House: Ground Zero just two months after his WWE debut.