Jovonta Patton used his voice to bring people together as he sang the national anthem at the Twins home opener this week. 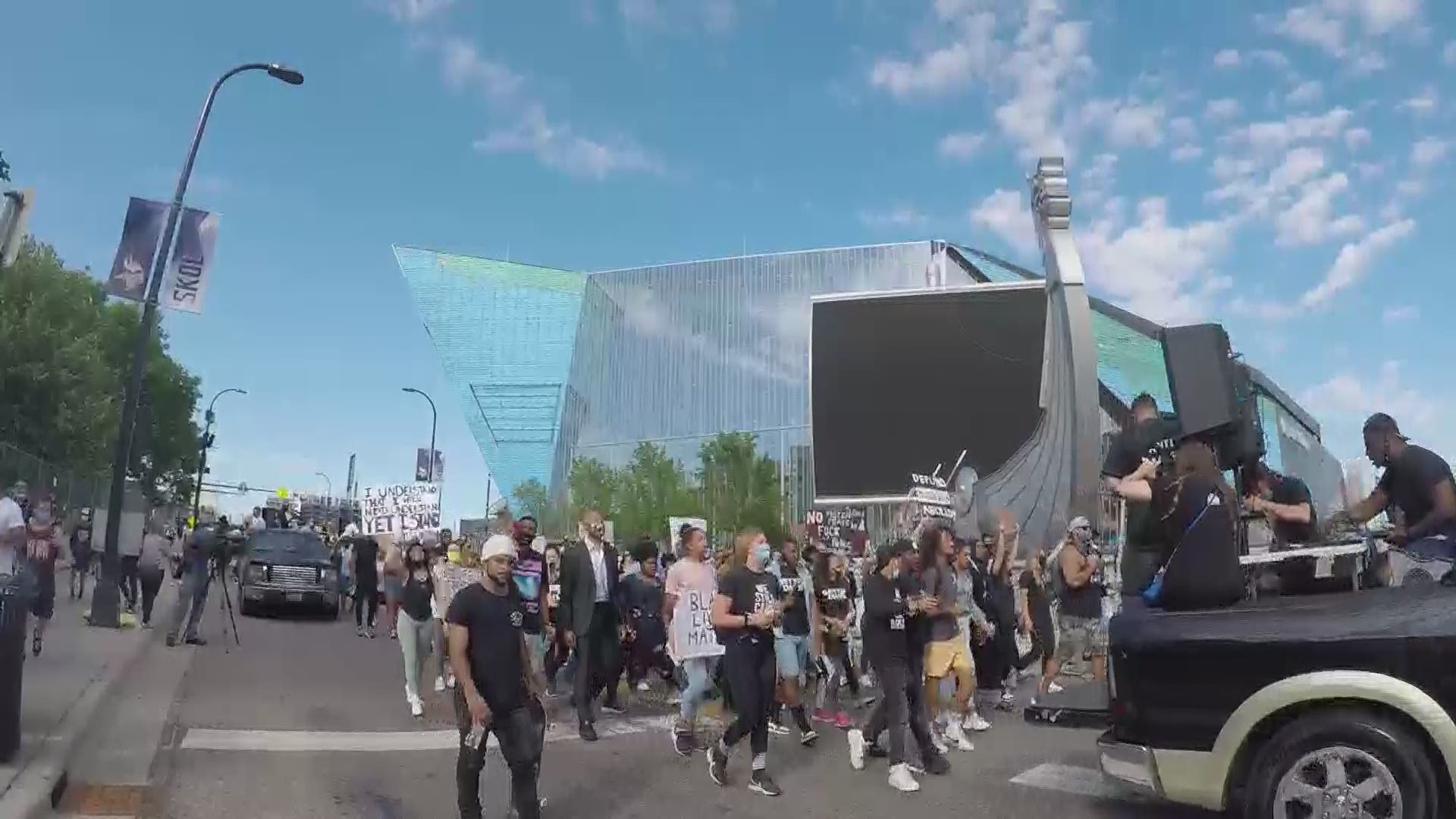 MINNEAPOLIS — He's using his voice to bring people together.

Earlier this week, Jovonta Patton performed the national anthem at the Twins home opener against the Cardinals.

The gospel artist has also been a powerful voice at the front of rallies and protests around the Twin Cities, of which he has sung in five or six gatherings.

Patton said he believes he was selected by the Twins for this home opener because they wanted to make it an "inclusive" event and showcase their efforts for social justice initiatives.