The new Wide Receivers coach at Carolina is ecstatic to be a coach on Shane Beamer's staff. 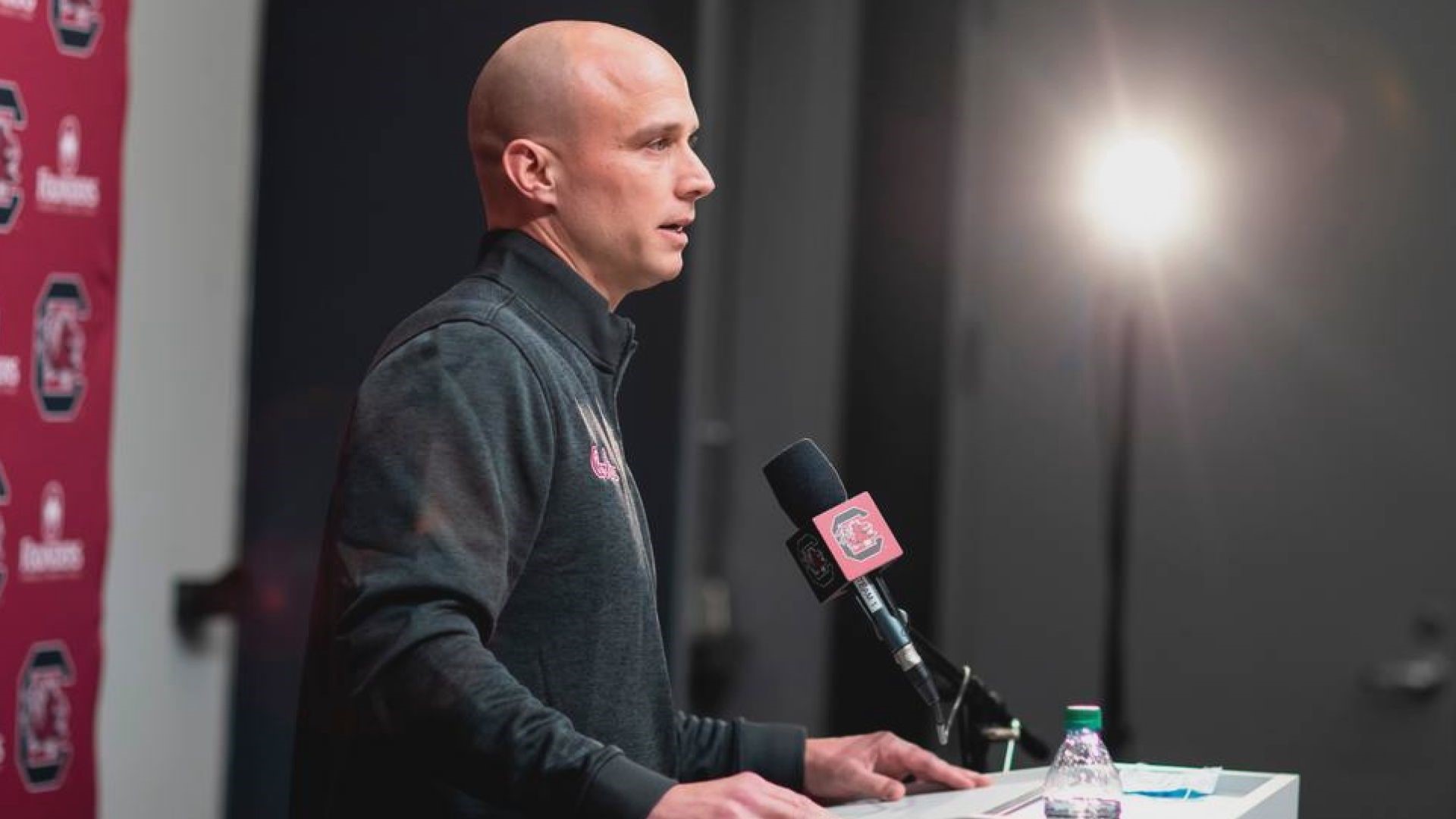 COLUMBIA, S.C. — The University of South Carolina has always been a special place for Justin Stepp.

The Pelion native and son of a legendary High school football coach grew up idolizing the Gamecocks and always dreamed of playing at Williams-Brice stadium.

“I was the kid that signed up for tickets." Stepp said.

And even though he wasn’t recruited by the Gamecocks, Stepp would go on to shine at Furman where he finished ranked fourth on the school’s all time receptions list.

After leaving Furman, Stepp got his start in coaching at North Greenville.

From North Greenville, Stepp joined Dabo Swinney’s staff at Clemson as a grad assistant before landing opportunities at Appalachian State, SMU and most recently at Arkansas.

But he always had a desire to come back home.

And once he got the call from Shane Beamer, he knew it was an opportunity he couldn't pass.

“This place means a lot to me it’s home, every coach I talked to told me that you don’t get a chance to come home often, so to be here is a dream come true.” Stepp said.

New Gamecock WR Coach and Pelion native Justin Stepp (@coachjstepp ) gets emotional when talking about coming back to Carolina.

"There’s no other job in the country I would’ve left for then to be right here."

This guy WANTS to be here. @WLTX #Gamecocks pic.twitter.com/MSQ8d1SZaV

Now that his dream has become a reality, Stepp is excited to get things turned around at Carolina.

"I'm excited for the direction of this program, I'm excited to learn from all the guys and to be around them, and I think the players will see how hard we work and that will trickle down to them.” Stepp said.