Decision to fire Muschamp came down to wins, Tanner says

South Carolina Athletics Director Ray Tanner said it was difficult and personal to tell Will Muschamp he was being let go. 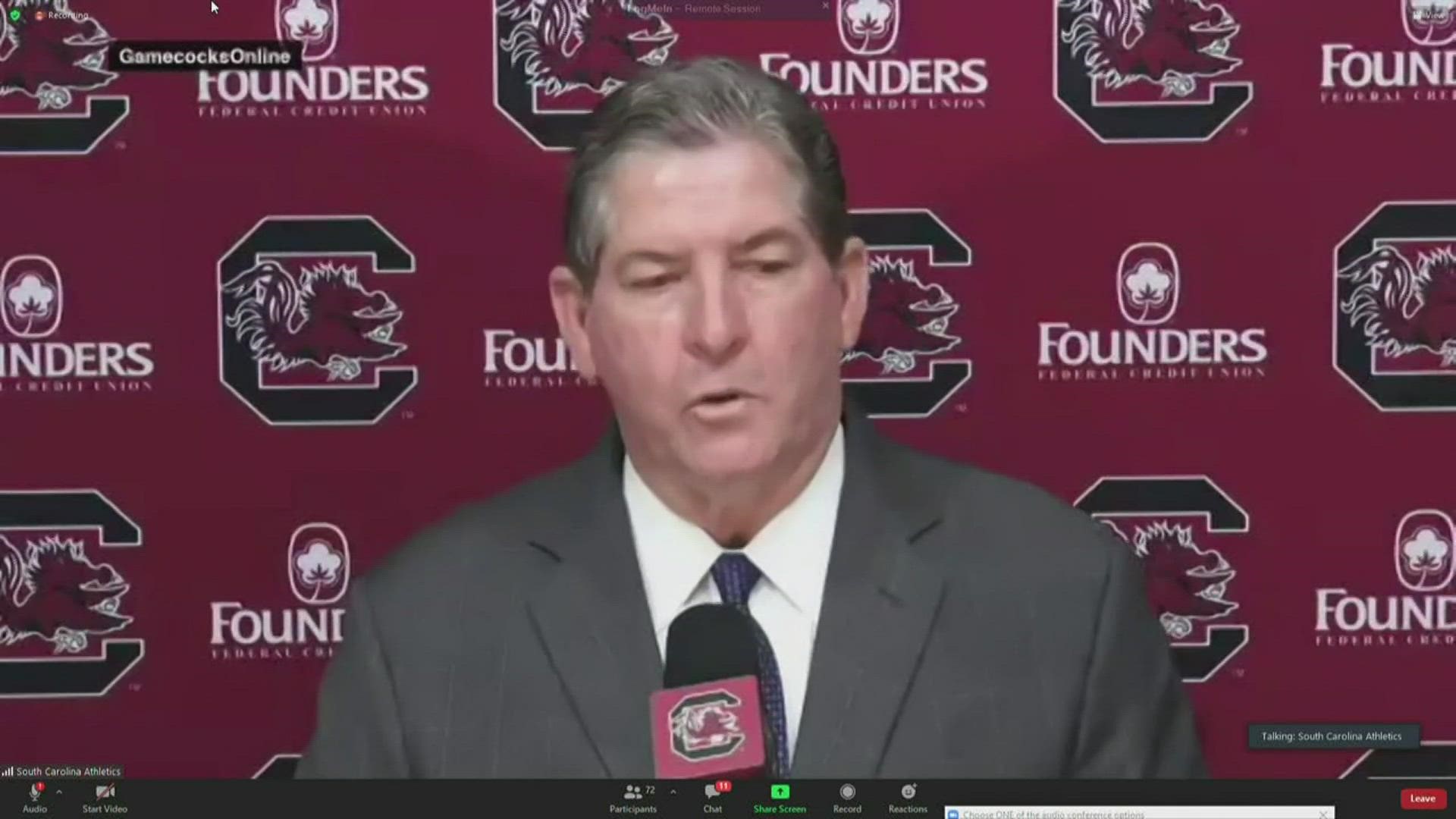 "At the end of the day the expectations to win games was coming up short," Tanner said Monday, his first public comments since the decision was announced Sunday night to relieve Muschamp of his duties. Offensive Coordinator Mike Bobo has been named the team's interim coach.

Tanner said he told Muschamp about the decision around 6 p.m. Sunday night. He said he's always respected Muschamp and they've had a good relationship, which made breaking the news hard.

"It wasn't an easy conversation," Tanner said. "You always hear life is personal. It was very honest and candid between us. It's about more than football it wasn't because of his character and his culture. it was about the bottom line and it was difficult."

The Gamecocks are just 2-5 on the year and are coming off three straight losses where they gave up 52, 48, and 59 points, including Saturday's 59-42 loss to Ole Miss. That came after the 48-3 defeat to Texas A&M, one of the team's worst losses in years.

Tanner said the two embraced at the end of the conversation and wished each other well. They exchange some text messages hours later.

"I wish the circumstances were different but we're grown men and we have to deal with the reality that we're in," Tanner said.

He also gave some insight into the timeline of the decision and how it was made. Tanner said he and University of South Carolina President Bob Caslen met on Sunday and said that no decision had been made prior to Sunday. After telling Muschamp of the decision, Tanner, Caslen, and Bobo met with players.

"[The players and I] had a chance to visit last night, and we realized they were hurting," Bobo said during Monday's news conference. Bobo--who go back to their days as teammates at Georgia in the 1990s--added that he did have private conversations with Muschamp Sunday night. He said he told Muschamp he felt as if he'd let the now former coach down.

Players said they were taken aback.

"It hurt, it hurt," said Gamecocks defensive lineman Jabari Ellis. "He was more than a football coach, he taught us about life."

According to his contract, Muschamp is set to receive a total buyout of $13.2 million that will be paid out in installments annually. Tanner did say the contract allows that number to be negotiated down, but did not say that it would.

RELATED: A bunker mentality for Will Muschamp

Tanner said the focus now turns to finding a new coach. He said the goal would be to find one before the early recruit signing period date, which is December 16.

Bobo said for now, the team will try to refocus on its next mission, which is winning this weekend against Missouri.

"We've got a challenge in front of us, but it's also an opportunity to come together," Bobo said.