'He was my protector:' Sumter coach passes away from COVID-19

Family members, coaches, and students are remembering the life of Ron McBride, an Assistant Coach at Sumter High. 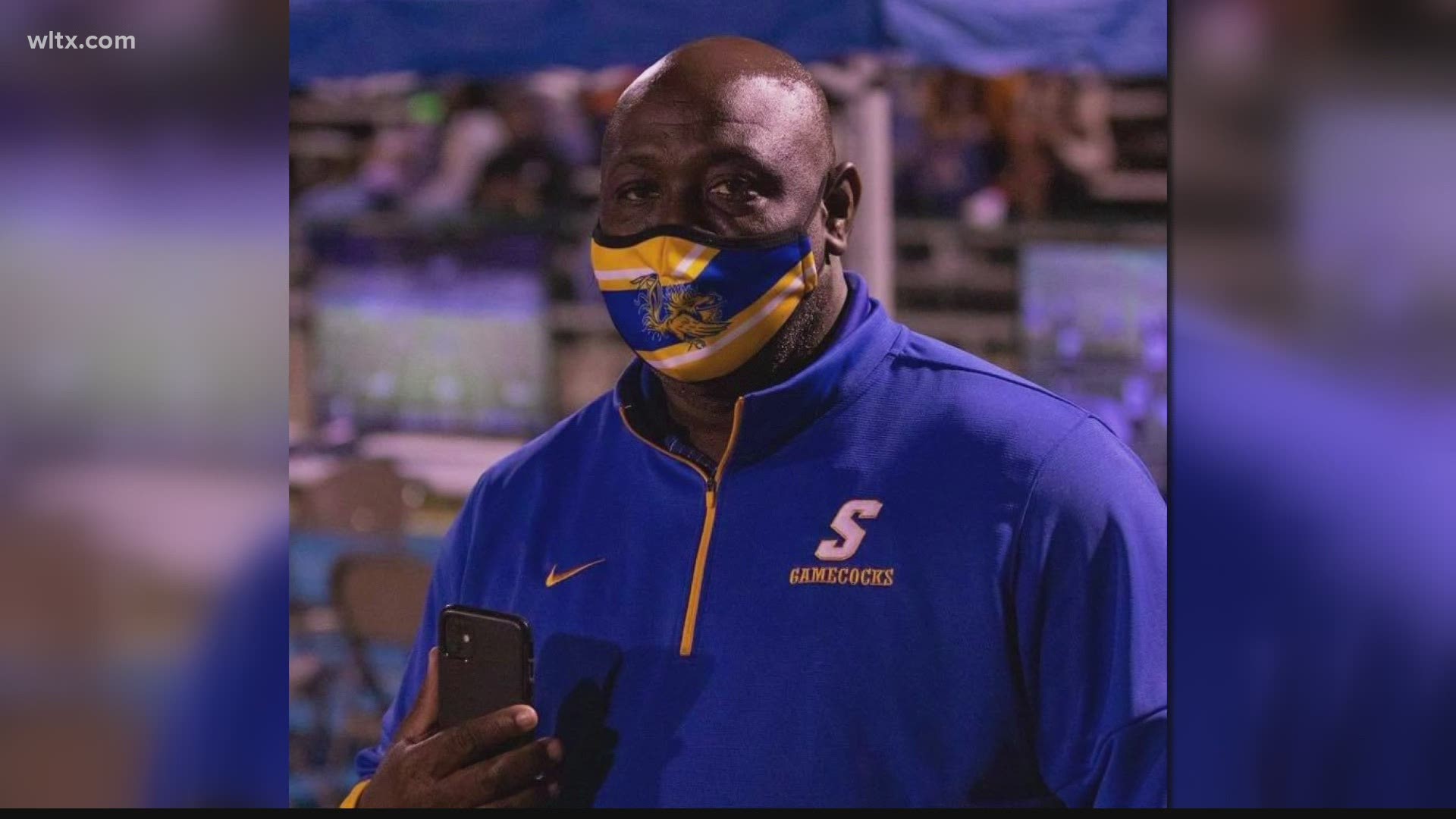 SUMTER, S.C. — The Sumter community is mourning the loss of an assistant coach who passed away from COVID-19.

Sumter High and Crestwood High assistant coach Ron McBride died last Sunday due to complications from the coronavirus. He was 50 years old.

"He was like a father for me, he was the one that I depended on," says Shawntelle Abrams, McBride's sister. "He was my protector, he was just someone that was always there for me. He was my number one fan."

In addition to coaching at both Sumter and Crestwood, McBride was a minister at his church. He also loved spending time with and mentoring the youth.

"He loved the community, I know he loved Sumter, and he loved working with children." says Auntachie Blanding, McBride's daughter. “I mean you had to love him, there was no one that could say anything bad about him.”

Over the past week, his loved ones, as well as the players he coached, and hundreds more have shown their support and appreciation, and have said he had a lasting effect on their lives.

"When I wanted to give up basketball, he told me to never give up and that God has a planned for me," says Sumter basketball player Tajanique Johnson. "He just played a major role in my life.”

On Saturday, a funeral service was held for Coach McBride. The service, which was streamed on Facebook, was viewed by over 13,000 people.

"It made me proud to see how many people my daddy had touched," says Blanding. "I'm happy to know that he was a good man and that he was good to everybody that he knew.”

WATCH - The power of a great mentor can have a huge impact on someone's life.

I had a chance to speak to those who knew Mcbride and they say he had a lasting effect on their lives. @WLTX pic.twitter.com/Nxf1nHs4M9