"Time to put my stamp on this organization," team owner David Tepper said after the firing. 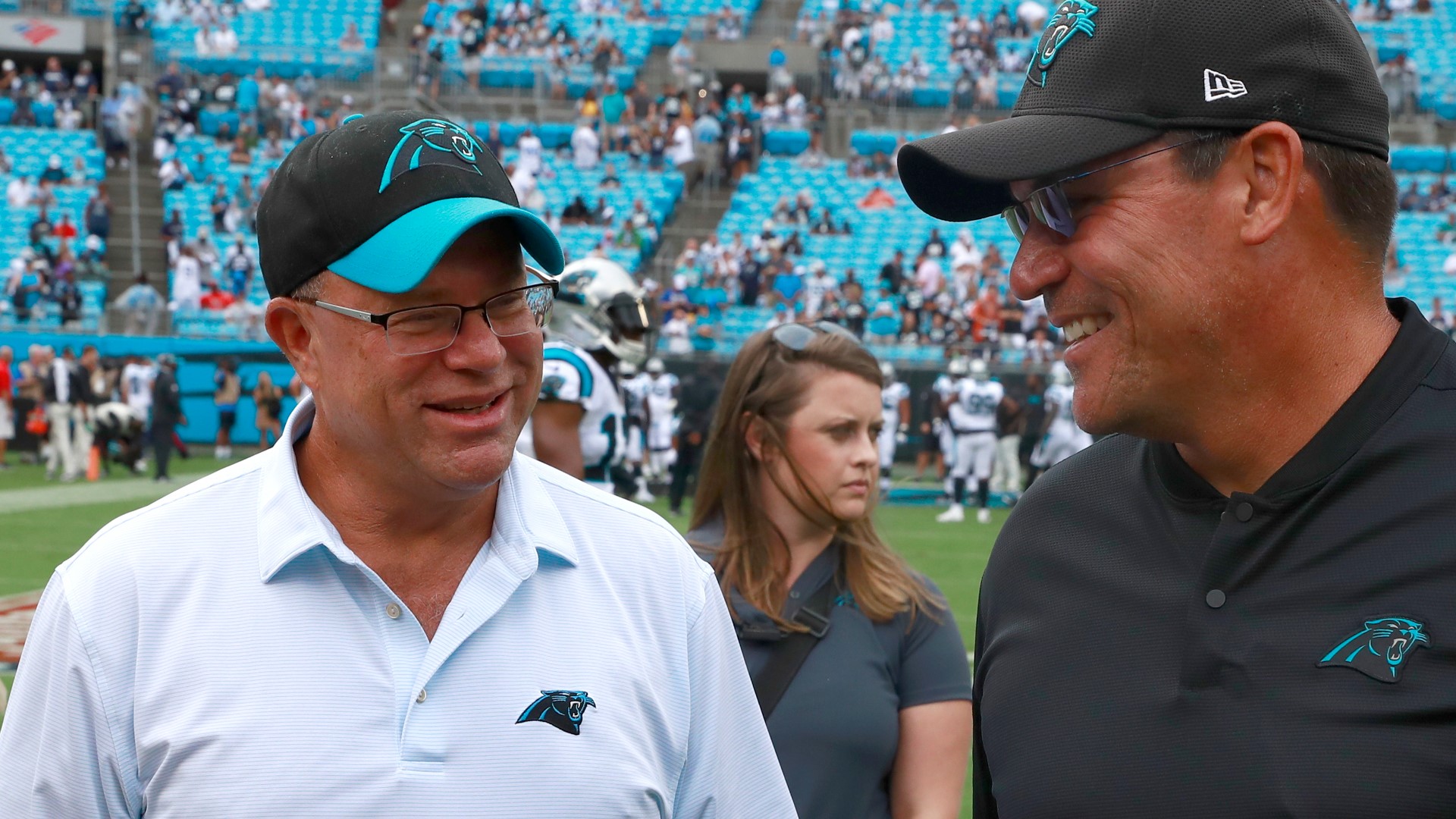 "I just thought it was time, given the what things have gone the last two seasons, to put my stamp on this organization," Tepper said in a video posted to the team's social media pages.

"I believe this is the best decision for the long-term success of our team," Tepper said. "I have a great deal of respect for Ron and the contributions he has made to this franchise and to this community. I wish him the best."

"I was not going to go out there and start looking and do things behind Ron Rivera's back," Tepper said when asked why he was making the move now.

Tepper said the search for the next head coach would begin immediately and the winning candidate would have "the right mix of old-school discipline and toughness with modern and innovative processes."

"We all must recognize that this is the first step in a process, but we are committed to building and maintaining a championship culture for our team and our fans," said Tepper.

Rivera became the Panthers' 4th head coach in franchise history in 2011. His record was 76-63-1 during the regular season and 3-4 postseason.

But the Panthers have fallen on hard times lately following injuries to quarterback Cam Newton the past two seasons.

"I don't want to ever have this team, this city, these states that we represent to ever be at a competitive disadvantage to anyone in this country. Full stop," Tepper said.

The Panthers are 5-7 this season and are all but eliminated from playoff contention after a 29-21 loss to the Washington Redskins on Sunday at home.

When asked if he was worried about his future with the team on Sunday after his team surrendered a 14-0 lead to the Redskins, Rivera replied, "I’m not worried about my future. I’m worried about this football team. We have a game coming up on Sunday" at Atlanta.

They started this season 5-3. Last year the team was 6-2 but lost seven straight games and finished 7-9.

Since losing to the Denver Broncos in Super Bowl 50 four seasons ago, the Panthers are 29-31 and have not won a playoff game.

Rivera, 57, did not immediately address his firing Tuesday. His termination might not be the only change coming.

Tepper, who bought the team in 2018, said long-term mediocrity is not an option for the Panthers.

“We are going to take a comprehensive and thorough review of our football operation to make sure we are structured for long-term sustained success,” Tepper said. “Our vision is to find the right mix of old-school discipline and toughness with modern and innovative processes. We will consider a wide range of football executives to complement our current football staff.”

Tepper said the team will hire an assistant general manager and vice president of football operations.

“We all must recognize that this is the first step in a process, but we are committed to building and maintaining a championship culture for our team and our fans,” Tepper said.

Rivera was extremely well-liked in the Panthers locker room, and he easily related to players having played nine seasons in the NFL for the Chicago Bears, winning a Super Bowl with Jim McMahon, Walter Payton and others in 1985.

"It was an emotional conversation. I consider Ron Rivera a friend. Ron Rivera is one of the finest human beings I know," Tepper said.

Rivera is a two-time NFL Coach of the Year and likely won’t have a problem landing a job next season.

As for what the move means for Newton remains to be seen given that Tepper has shown he’s not afraid to make big changes.

The legacies of Rivera and Newton have always been intertwined as both came to the Panthers in 2011. Newton is coming off shoulder and foot injuries and the team could save $19 million under the salary cap if they release or trade him after the season.

Kyle Allen has filled in for Newton this season at quarterback and is 5-5 as a starter. 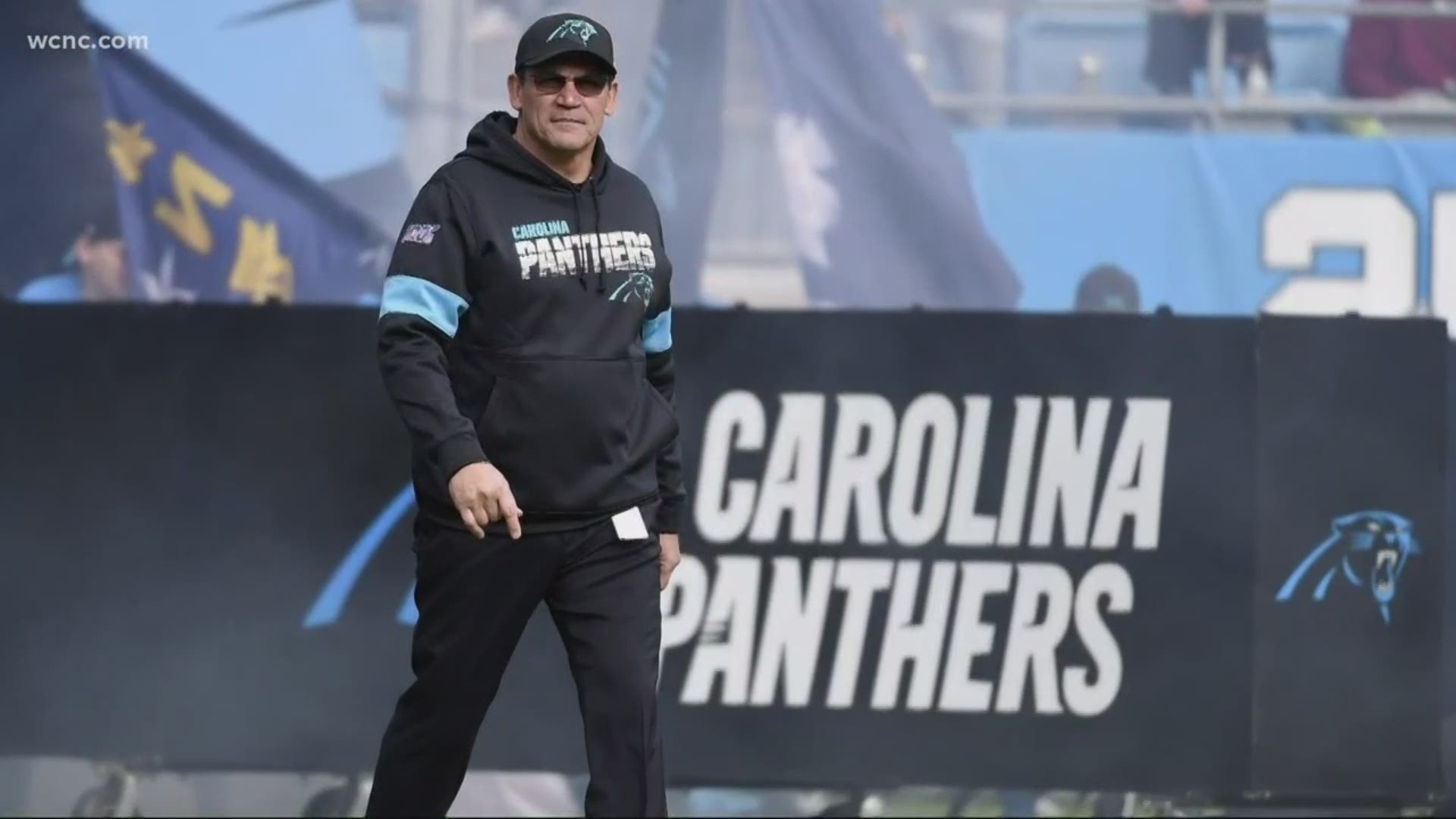 RELATED: The Carolina Panthers hope to get back in the win column against struggling Redskins