The freshman will have surgery to repair a minor injury in his knee, but will make a full recovery. 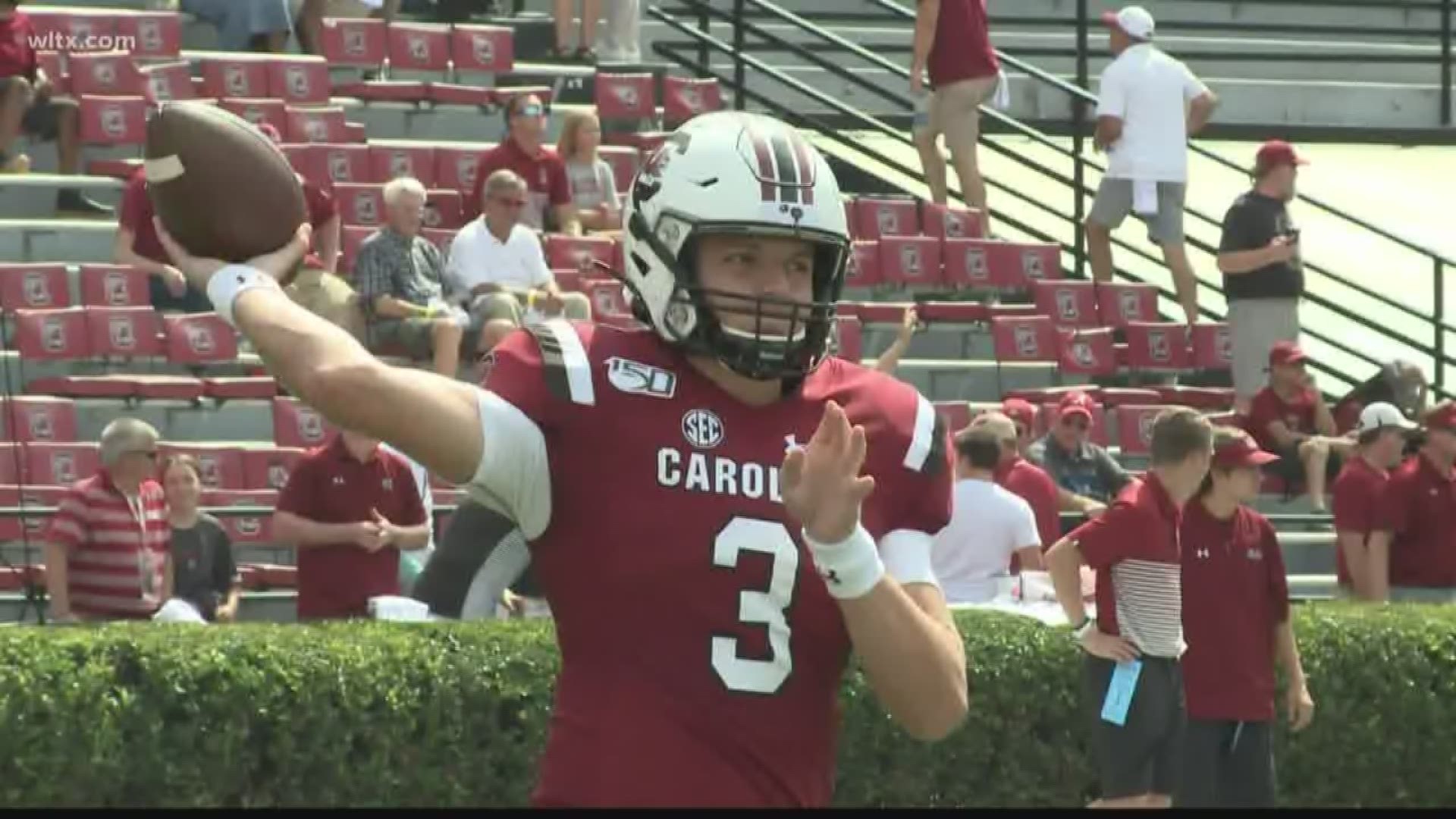 COLUMBIA, S.C. — University of South Carolina quarterback Ryan Hilinski will have surgery to repair a small tear in the lateral meniscus in his left knee.

The program announced Tuesday the news that the Gamecock signal caller would undergo an arthroscopic procedure. A time for the surgery has not been set.

A meniscus tear is a common one for athletes, and typically takes several weeks to recover from. The school says he is expected to be at full strength when the team begins winter workouts in January.

"We are completely comfortable with how Ryan has been handled by the coaching and medical staff at South Carolina," said Ryan's father, Mark Hilinski, in a statement released by the school. "There was no risk of further injury with his knee so Ryan continued to play and we supported his decision to do so. While it may not be necessary, he is opting to have this procedure done to get back to full go as quickly as possible."

"The University of South Carolina is in full accord with the NCAA in regards to student-athlete welfare," added team physician Dr. Jeff Guy in the same statement. "All medical-related decisions about a player's availability are made by the medical staff only, and then relayed to the coaching staff."

It's unclear when Hilinski suffered the injury. Hilinski was unable to play only once during the season, during part of the Georgia game back on October 12. In that contest, he was hit in the knee in the third quarter by a Georgia linebacker, who was penalized for roughing the passer.

Hilinski could be seen slapping the ground and grabbing his knee after the hit and had to leave the game. The school later said that was a knee sprain.

Despite what happened, he was back on the field the next week against Florida and played the rest of the year.

Hilinski, a freshman, played in 11 games this year. He became the team's starter after junior Jake Bentley was injured in the season opener against North Carolina. This week, Bentley announce he was transferring.

Hilinski threw for 2,357 yards and 11 touchdowns this season.