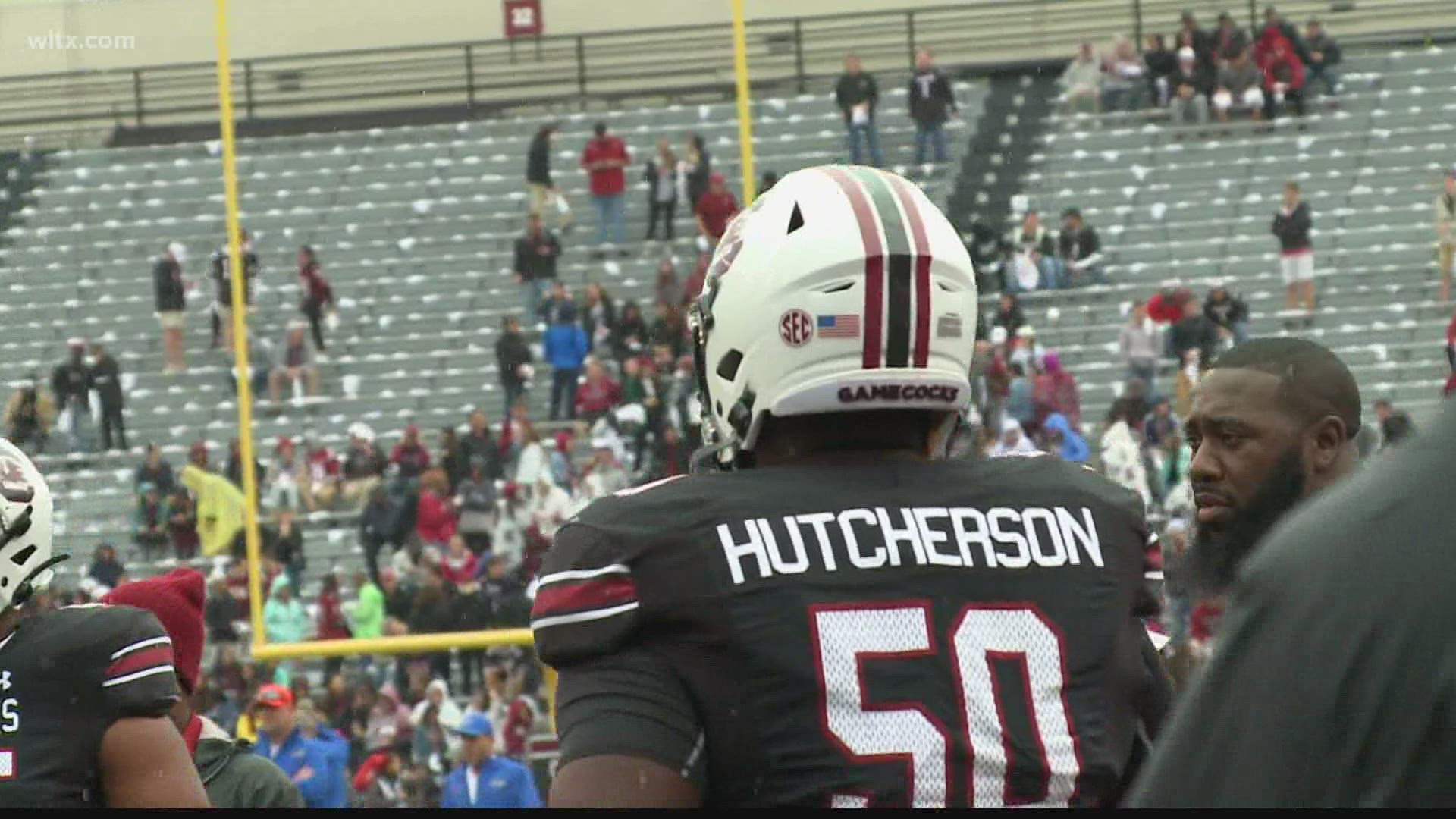 COLUMBIA, S.C. — From injuries to opt-outs, it has been a difficult November for the Gamecocks.

After the firing of Will Muschamp on November 15th, four players decided not to play in the Gamecocks' remaining games this season.

In the days that followed, many Gamecock fans took to social media to express their displeasure with the players' decision to opt out.

But one of the players that decided to keep on playing was Senior Offensive Lineman Sadarius Hutcherson.

Hutcherson, who is in his fifth season at Carolina, is the Gamecocks most experienced player.

He has started over 25 games in his career and has played multiple positions on the Gamecock offensive line.

He says he chose not to opt out because he didn't want to quit on his team.

"My guys need a leader, they look up to me, and it just wouldn't be right for me to leave." Hutcherson said Saturday.

Hutcherson also credits his parents for his commitment to Carolina.

"My mom and dad always raised me to finish what I started and that's what I'm going to do." Hutcherson said.

The Gamecocks fell to 2-6 Saturday after losing to Missouri 17-10.

If they win their remaining two games, they'll have a chance to become bowl eligible for the first time since 2018.

"I will play any game, if we have a bowl game, I'm still going to plau with them regardless of what happens." Hutcherson said.

WATCH - Gamecock Senior OL Sadarius Hutcherson on why he choose not to opt out:

"My guys need a leader, they look up to me, my mom and dad raised me to finish what I started."