S.C. State's offense hits another gear in a 62-21 win over Howard 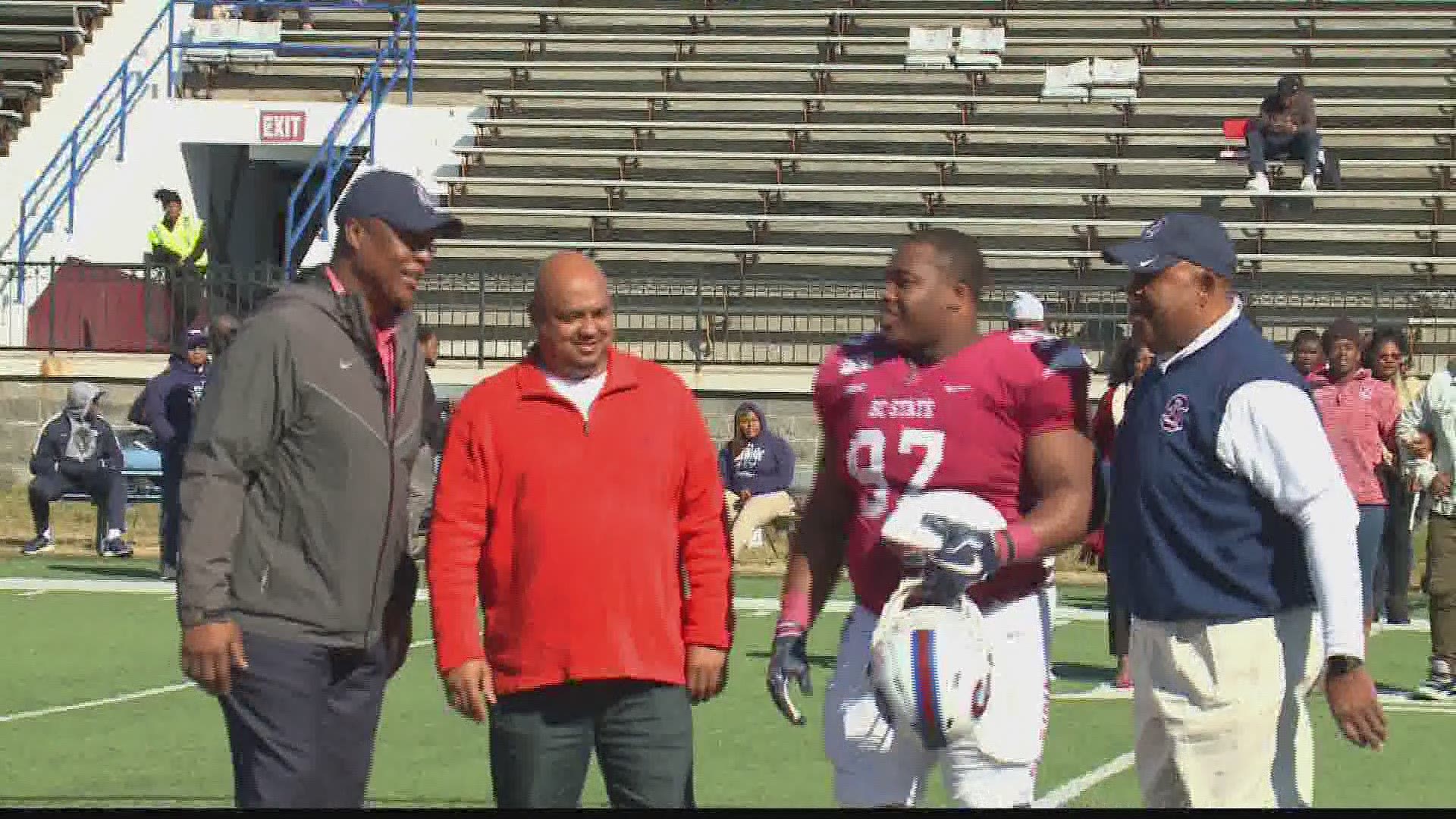 Senior De'Montrez Burroughs was a favorite target of Fields', catching seven passes for 140 yards and a school record five touchdowns. Shaquan Davis added 113 yards on five catches with a pair of scores.