South Carolina athletics director Ray Tanner has made his first public comments on the SEC becoming a 16-team conference with the addition of Texas and Oklahoma, 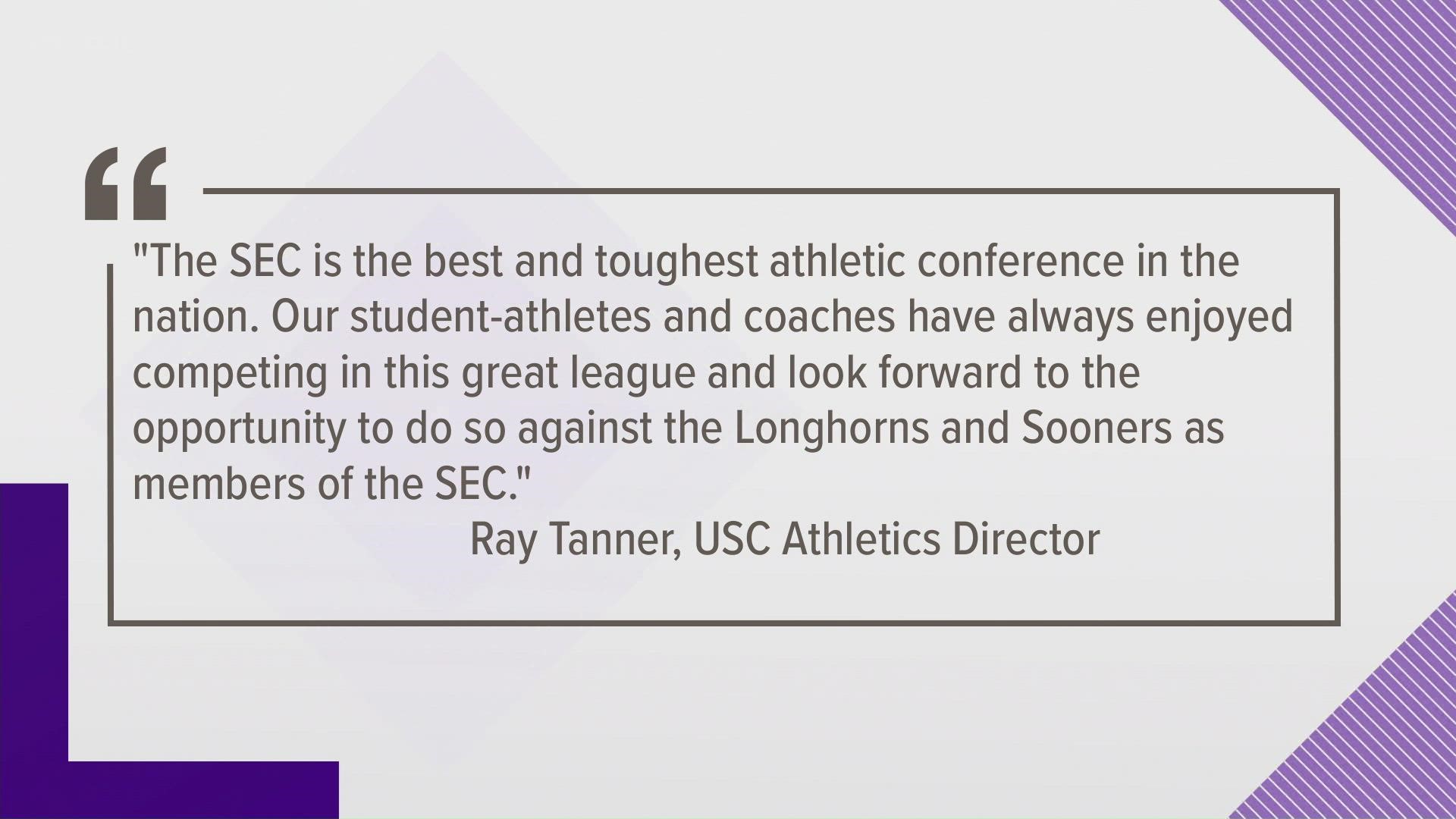 COLUMBIA, S.C. — For the first time since news broke that the Southeastern Conference was adding Texas and Oklahoma, South Carolina athletics director Ray Tanner has reacted to the news.

On Thursday, the SEC formally invited the two programs to join the league and one day later, the athletic programs in Austin and Norman accepted the invitations which will land them in the SEC no later than 2025.

"The addition of the University of Texas and the University of Oklahoma into the Southeastern Conference will excite Gamecock student-athletes, coaches, and fans. Thirty years ago, the University of South Carolina accepted an invitation to join the SEC. Each day since, the young men and women who have represented our program have benefited from the conference's mission," Tanner said.

"The SEC continues to be positioned well for athletic and academic success, and we are proud to be part of such a great conference that enriches the experiences of our student-athletes. The SEC is the best and toughest athletic conference in the nation. Our student-athletes and coaches have always enjoyed competing in this great league and look forward to the opportunity to do so against the Longhorns and Sooners as members of the SEC."