Lexi Pittelkau put her name in the history books when she took the mound against Camden in her first start for the Lugoff-Elgin High School boys B-Team. 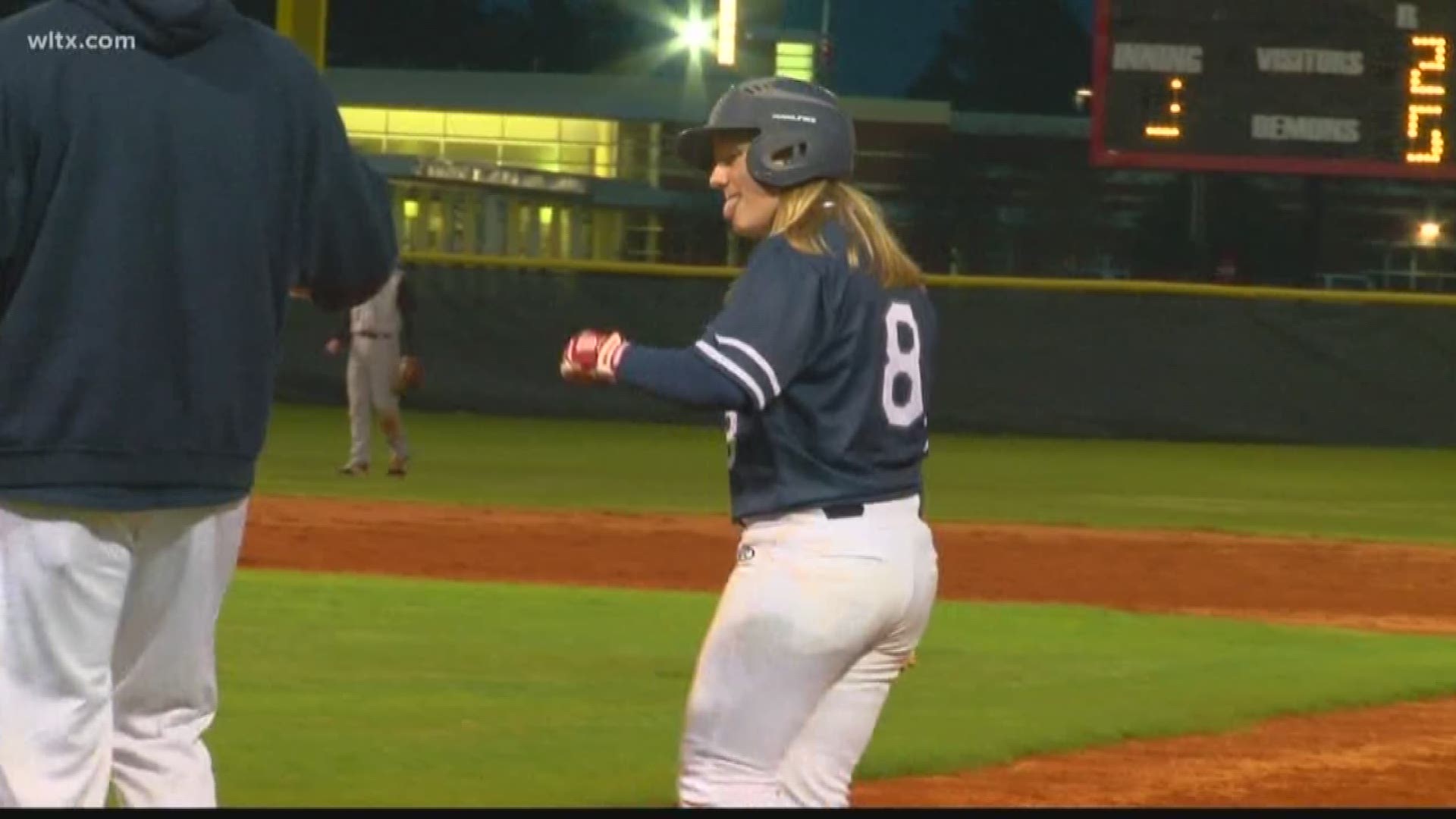 LUGOFF, S.C. — A Lugoff-Elgin freshman baseball player made history in the Midlands in the arena of high school baseball.

Lexi Pittelkau took the mound and started for Demons' high school b-team in their first home game of the year. She becomes the first girl to start and play baseball for a boys high school program in the Midlands. B-teams are for 7th-9th graders.

Just like her teammates, Lexi loves the game of baseball. That love and passion has carried her to follow in the footsteps of Anna Kimbrell. A Fort Mill native, Kimbrell was the first woman to play varsity and American Legion baseball in the state of South Carolina.

Lexi, a Lugoff freshman showed she belonged. She had two strikeouts and pitched three shutout innings. She even drove in a run and finished with two hits on the night. Lugoff-Elgin won 7-2 over Camden.

Lexi talks about being a part of history, but apparently it's not too big of a deal.

"It's really nice just being part of the high school program because this program has always been successful, and it's just great to have this jersey on.

Lugoff-Elgin head coach Mike Jones is in his second year at the helm of the b-team. Jones is a Kershaw County product who played for Brevard College. He says he hasn't seen a girl contribute as much as Lexi has on the high school or college level. But even with Lexi's skills and exposure through MLB showcases, Jones gives her no special treatment. He's all about results, and he's getting that with from his young trailblazer.

"The expectations don't change. What I have for this team and what I have these guys, that doesn't change because she's a girl. It just doesn't," Coach Jones said.

Coach Jones also described the tools she has as a player.

Lexi leaves for Texas on Thursday for the MLB Grit program, where she will compete with 65 other girls in the inaugural high school invitational tournament hosted by the Texas Rangers, MLB and USA Baseball.

Now that she made history, the goal for her now is pretty simple.

"Just to keep playing. Play as long as I can, play with this high school. It's a great program to play in and just win and play."

We first reported on her journey to become a high school baseball player last summer when she was playing American Legion baseball.

Related: Elgin player wants to pave the way for girls in baseball