The Gray Collegiate Academy girls soccer team was in action Wednesday night in the championship game of the Nike Palmetto Cup. Head coach Emily Heise was back on the sidelines a week after giving birth to her first child. 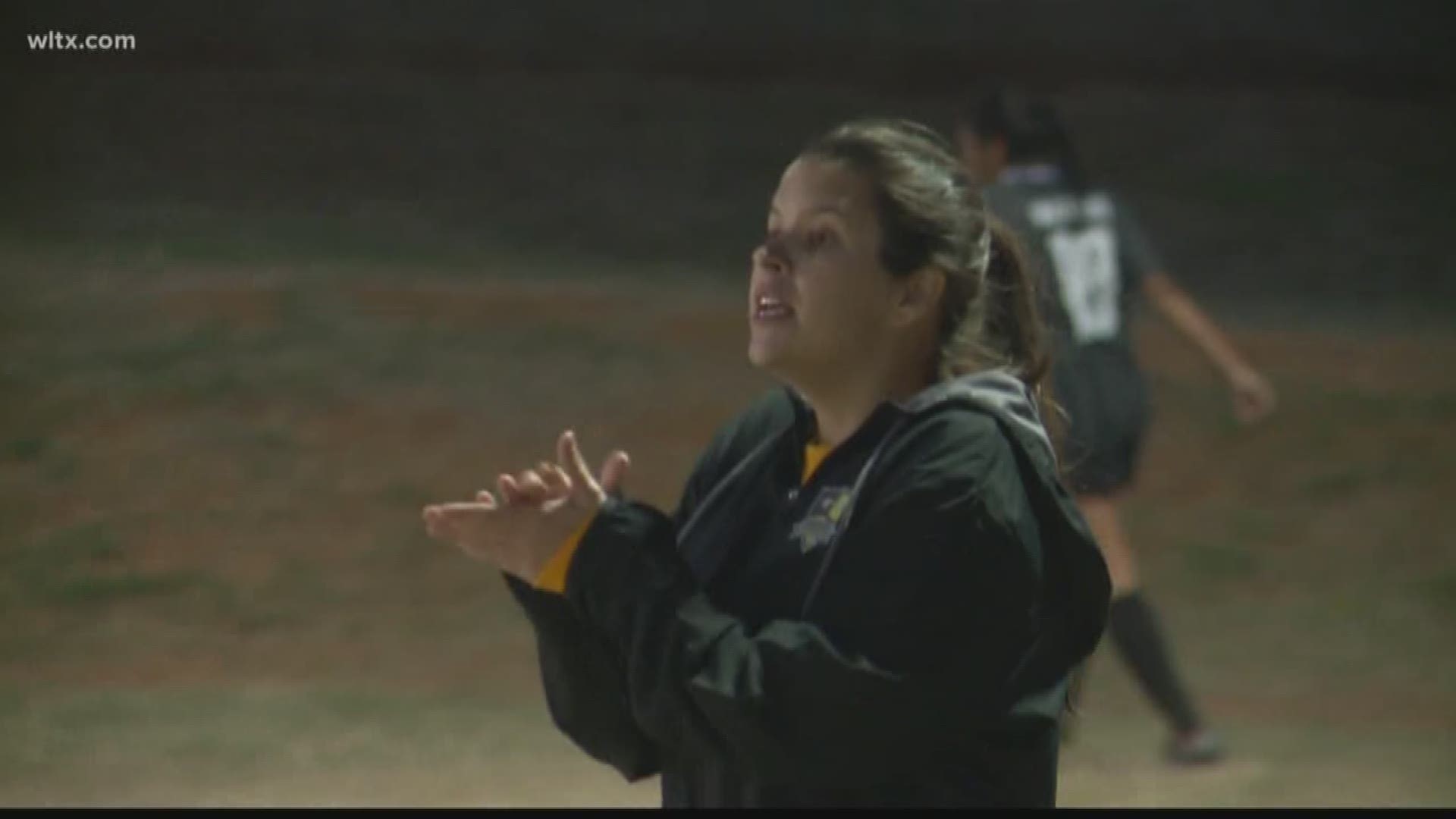 Emily Heise hadn't planned on returning to work a week after the birth of her daughter. But when her team made it to the championship game of the Nike Palmetto Cup, she thought she would accelerate her return.

Heise saw her team lose a hard-fought match 1-0 to Providence Athletic Club, an independent team based in Columbia. Her husband, GCA boys soccer coach Kevin Heise has also returned to coaching along with helping run this annual event which he created back in 1993.

"First match back, I feel like I may have brought them a little bad luck, I'm not sure," Heise joked afterwards.

"I missed the girls a lot, just trying to get back in the groove of things, enjoying being a coach. Obviously enjoying being a mom, too. Definitely wanted to be back out here with my other girls."

Even though the little one at home isn't worried about the result of a match, Heise says when she's coaching, she's locked in the moment - with her daughter, though, always in the back of her mind.

"I haven't missed a beat, hopefully, too much" she said.

":I don't want the girls to miss a beat either. I just want it to be like a normal time. Lost the stomach, but that's about it. I'm excited to be out here with my girls."

Heise joked that her husband, Kevin, had a better result in his first match back. His team won last week 7-0 over Fox Creek. But both competitors have the important role of being parents which they are embracing, even with the hectic soccer schedule that has not slowed down.