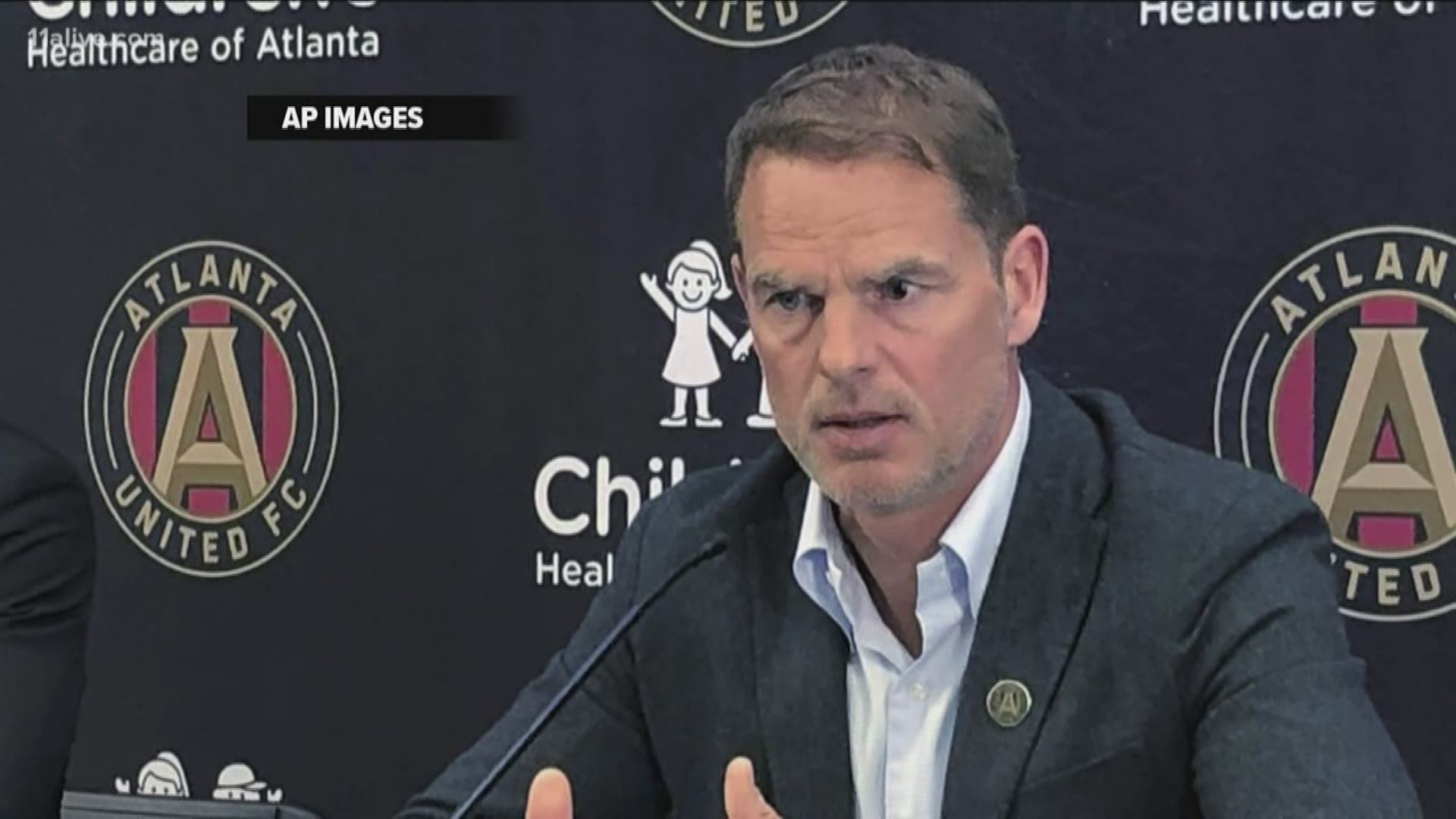 ATLANTA — The manager of Atlanta United has issued a statement after his recent interview with The Guardian where he called equal pay for women in sports "ridiculous."

In a statement released by the team, Frank de Boer took an opportunity to clarify his comments regarding pay - comments which come as the champion U.S. Women's National Team sues the national organization over gender discrimination.

"When taken in its full context, my position is that I wholly respect and support the women's game and am encouraged and excited by its growth both internationally and here in the U.S.," he said.

However, he didn't specifically back away from the crux of his original comments, which were that pay is based on viewership and advertising. However, he said those numbers are on the rise for women in sports - and that should mean higher pay.

"I do believe when it comes to the economics of the game, as popularity keeps increasing it will lead to increased revenue and higher salaries in the women’s game, which is fantastic and what we all want to see," he said.

His comments spread on news agencies across the U.S. on Tuesday after he referred to the idea of equal pay - at least based on current popularity - as ridiculous.

"It's the same like tennis. If there are watching, for the World Cup final, 500 million people or something like that, and 100 million for a woman's final, that's a difference," de Boer told The Guardian.

He made clear his thoughts didn’t extend to the business world or other areas.

“I think if you have a manager position for a bank or something, you have to earn the same what the men did because it’s not physically, just only here [points to head],” he said.

"To be crystal clear, our club is now and always will be in supporting equality of strong values and lifting each other up," Eales told 92.9 The Game. "We want to grow the game of soccer for all to enjoy, and that's what we stand for."

He also referred back to team owner Arthur Blank in those sentiments.

"As you guys know, that's the value that Arthur is known for," he said. "And it's really the core of his personal and business philosophy."

Georgia Southern's Shai Werts didn't have cocaine - it was poop