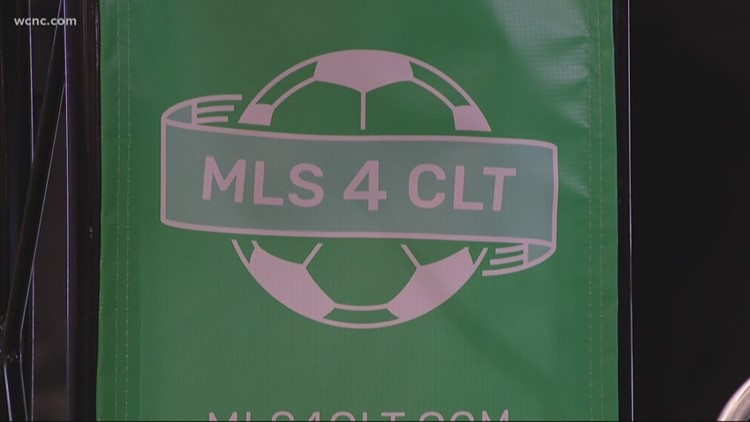 CHARLOTTE, N.C. — Major League Soccer will discuss an expansion plan - including a possible Charlotte team - this Thursday during a meeting in New York City, an MLS spokesperson confirmed to WCNC NBC Charlotte.

"Multiple potential expansion markets, including Charlotte, will be discussed at the league’s Board of Governors meetings," the spokesperson said.

League commissioner Don Garber previously said in his yearly address that “Charlotte has done a lot of work to move their bid to the front of the line."

Charlotte is among other cities contending to become the professional soccer league's 30th franchise. Phoenix and Las Vegas are also considered to be possible homes.

“I would be very surprised at this point if Charlotte doesn’t get franchise 30,” Sports Illustrated’s Grant Wahl told WCNC NBC Charlotte.

Carolinas Panthers owner David Tepper could pay the MLS franchise fee, which could reach a record-breaking $300 million, according to Sports Illustrated’s Grant Wahl.

Tepper may seek upwards of $100 million from the City of Charlotte to make soccer-friendly renovations to Bank of America stadium, according to Erik Spanberg of the Charlotte Business Journal.

RELATED: Tepper says MLS decision could come by end of 2019

Charlotte's new city council members, and a re-elected mayor, will be sworn in Monday night.

A vote to grant Tepper stadium money could come any time after Monday.

A final announcement is not expected Thursday with the league cautioning, "Any announcement of a future MLS expansion club will take place in the city of the new team."

No such announcement has been publicly scheduled.

"Expansion has been on the agenda for every Board of Governors meeting for the past 15 years," the league spokesperson said.

A timeline to announce the league's 30th franchise has not be finalized.

10 shot on Canal Street in New Orleans, 2 in critical condition