The conference is also making Notre Dame essentially a member for this season. 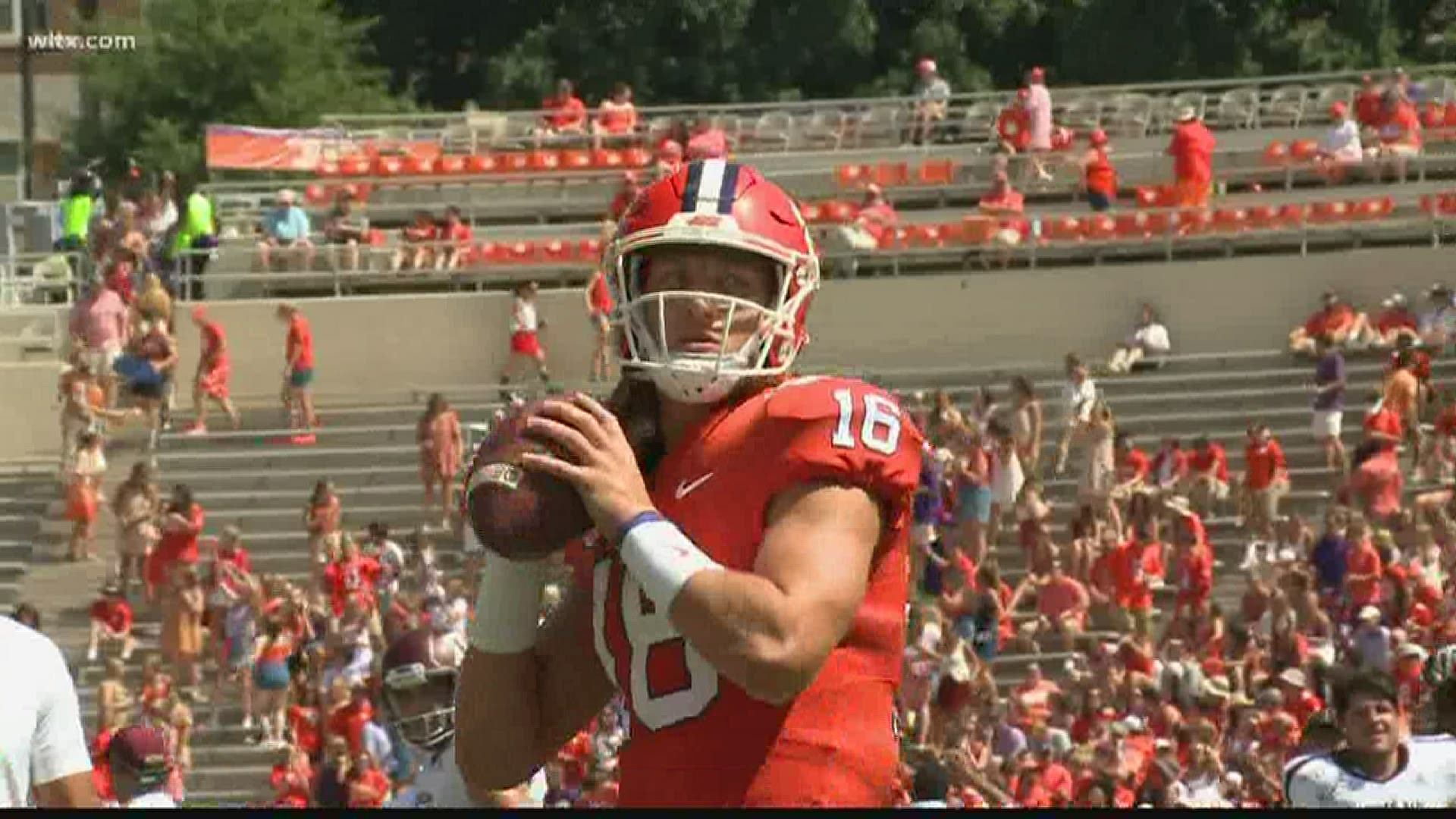 CHARLOTTE, N.C. — The ACC has approved an 11 game schedule for all member schools that will attempt to allow the college football season to happen despite the pandemic .

The league announced their decision Wednesday afternoon which requires 10 conference games and one non-conference game. Games will begin the week of September 7-12.

The non-conference game must be played in the home state of the member school. The participants also have to meet the same medical protocol requirements put out by the ACC.

South Carolina Gov. Henry McMaster announced Wednesday that he's allowing stadiums to reopen, albeit with restrictions on the number of people allowed inside, social distancing requirements, and a rule mandating masks for fans.

Another big announcement was that Notre Dame, for this season at least, is an ACC school. The team will play 10 conference games and be eligible for the league title. Television revenue, including the money Notre Dame gets from NBC, will be shared equally by all 15 schools.

RELATED: Clemson quarterback reacts to being honored by the SC Football Hall of Fame

The ACC Championship game will be played either December 12 or 19 at Bank of America Stadium in Charlotte.

The 2020 Football Schedule Model has been announced.