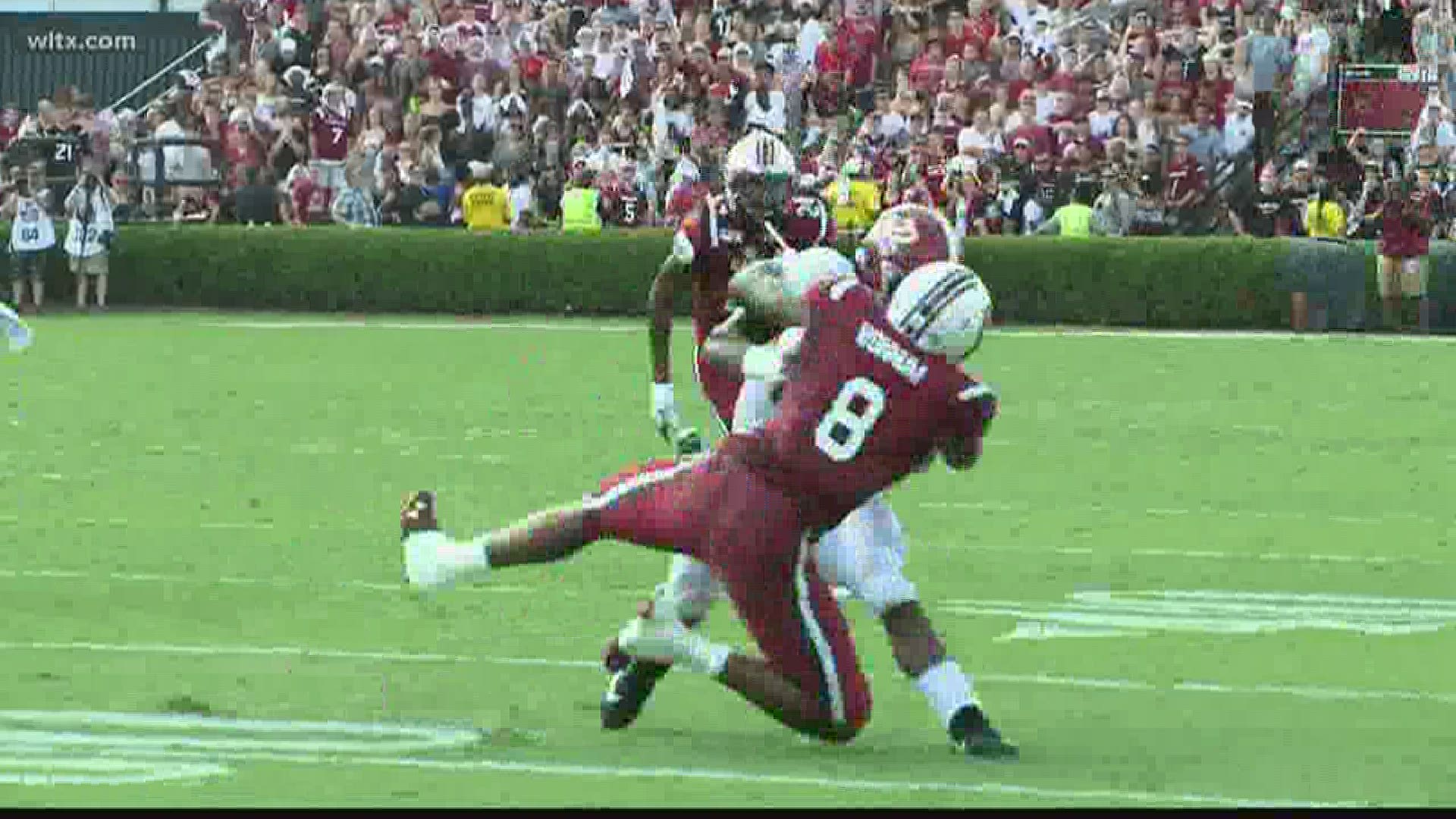 COLUMBIA, S.C. — The South Carolina Gamecocks said they did what they could to keep their annual football rivalry game with Clemson, but in the end, but it wasn't to be this year.

The Southeastern Confernece (SEC) announced Thursday afternoon that teams in the league would play a 10 game, conference only schedule due to the challenges with the coronavirus pandemic. That meant that several big rivalry games involving the ACC couldn't happen, including USC-Clemson.

It's the first time since 1908 that game won't be played. Back then, Teddy Roosevelt was president, the Model T Ford had just been introduced, and there were only 46 states.

The league said it was necessary to only play conference games so it could have maximum flexibility to make adjustments to schedules if there are outbreaks or other unforseen problems.

University of South Carolina President Bob Caslen said he wanted the game to happen and lobbied the school's position.

"Throughout discussions with other SEC presidents and chancellors, I took the position that we should continue to play our in-state rival, but I support the ultimate decision to have conference-only play," Caslen said.

USC Athletics Director Ray Tanner and Gamecocks Head Coach Will Muschamp both said they were not happy to lose the game but are excited about the upcoming year nevertheless.

"I am disappointed that we will not play our in-state rival this year," Tanner said. "It is a great rivalry and one of the nation's best. The pandemic has created many challenges and forced us to make adjustments. I am glad that we are planning to play football this fall."

"It's unfortunate that we will not be playing Clemson this season but that wasn't our choice, it was a league decision," Muschamp said. "That's a game that is important to our program, our institution and our state, and one that President Caslen and Coach Tanner pushed hard to make happen. I look forward to renewing the rivalry in 2021."

The SEC season is set to begin September 26. A schedule has not come out yet, and there are still details to be worked out about tickets, fans in stadiums, and whether tailgaiting will be allowed.