Instead of Clemson, the Gamecocks will play another big rival on the weekend after Thanksgiving. 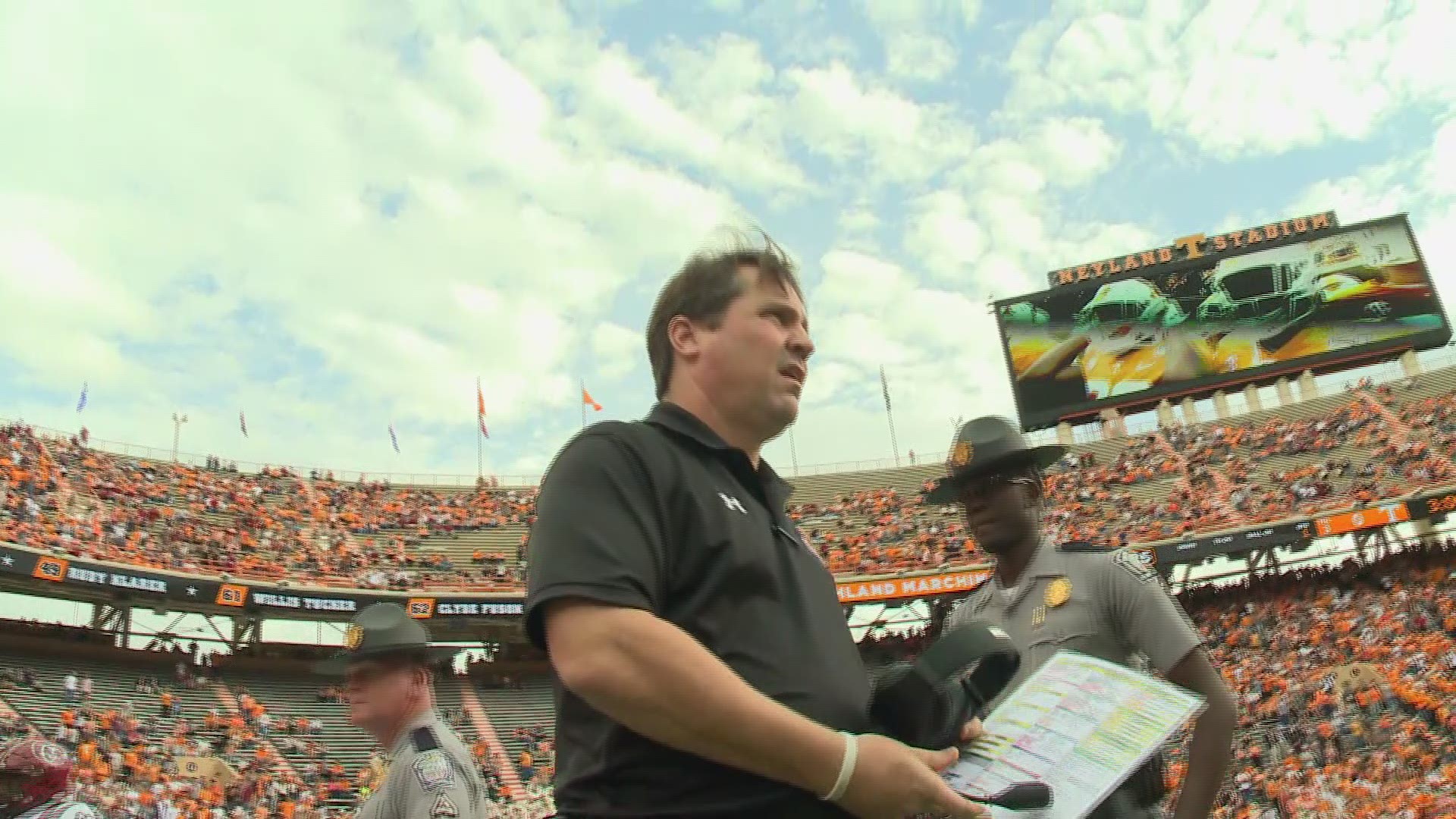 COLUMBIA, S.C. — The South Carolina Gamecocks football team now knows who they'll be playing but also when it the upcoming 2020 football season that promises to be unlike any other.

Monday night the SEC released their full conference schedule for the 2020 season. As had been announced earlier in the day, the Gamecocks will begin the year on September 26 hosting Tennessee at Williams-Brice Stadium.

Among the highlights are a trip to Florida in Game 2, a visit to LSU's Death Valley on October 24, and a Thanksgiving weekend matchup against major rival Georgia.

Here is the full schedule (home games in all caps):

Due to the ongoing coronavirus pandemic, the SEC decided earlier this month that it would go to a 10 game, conference only schedule. That meant no games against any non-conference opponent, even traditional rivals, even if they were in-state.

For South Carolina, that means no game against Clemson. It's the first time since 1908 that game will not take place. USC President Bob Caslen and Athletics Director Ray Tanner said they both pushed for the game to still be played, but respected the league's decision.

And who will be watching when the season starts? The Gamecocks may only have 20,000 fans, according to previous statements by Tanner. the sports department has submitted their plan to the state Department of Commerce for approval.

The University of South Carolina Athletics Department is offering refunds for the 2020-2021 football season but hopes fans will choose to donate part, if not all, of their refunds to their COVID-19 Resilience Fund.

The department predicts they could lose over 40% of revenue this year due to COVID-19.

“We don’t know what the fall or the spring holds, but we do know that we're going to still honor our scholarships. We’re committed to our student athletes and we know there’s going to be a cost to that, and this is an attempt to try to recoup those monies and have the donors help us.”

If a season ticket holder doesn’t want to attend games this year, they can choose between getting a full refund, rolling over their purchased tickets to the 2021 season or they can turn their refund into a donation to the Resilience Fund.

USC Athletics is asking season ticket holders to make their decision on refunds by August 20th.