Two South Carolina linemen opt out of playing in 2020

Jordan Rhodes and Mark Fox will not play this fall citing concerns over COVID-19. 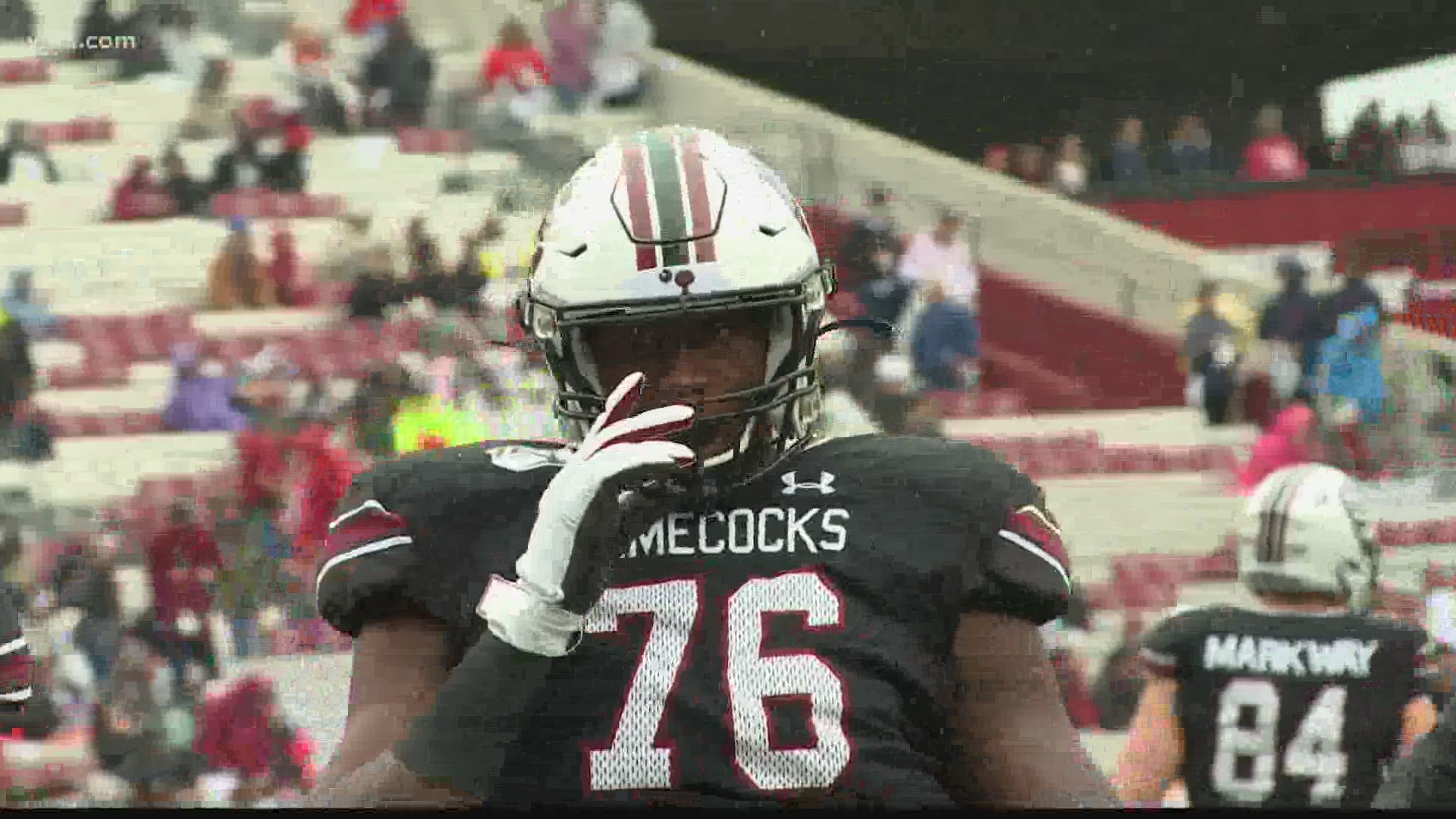 COLUMBIA, S.C. — Will Muschamp will have to find someone to take over as a starter at left guard.

The coach announced Wednesday that Jordan Rhodes, who started 10 games at the position last season, has decided to opt out of playing this season due to COVID-19 concerns.

Another offensive linemen, Mark Fox, also has decided to sit out this season for the same reason.

Rhodes played in all 12 games, taking over as a starter in week 2 and holding down that role until the last game against Clemson. Fox is a redshirt freshman who did not play in 2019.

"We certainly respect their decision and understand that and that's certainly their right at this time," Muschamp said.

During his Zoom news conference, Gamecock head fb coach Will Muschamp announced that offensive linemen Jordan Rhodes (pictured) & Mark Fox are opting out of the season due to COVID-19 concerns. Rhodes started 10 games at left guard last season, played in all 12.#Gamecocks pic.twitter.com/RqJyva19yH