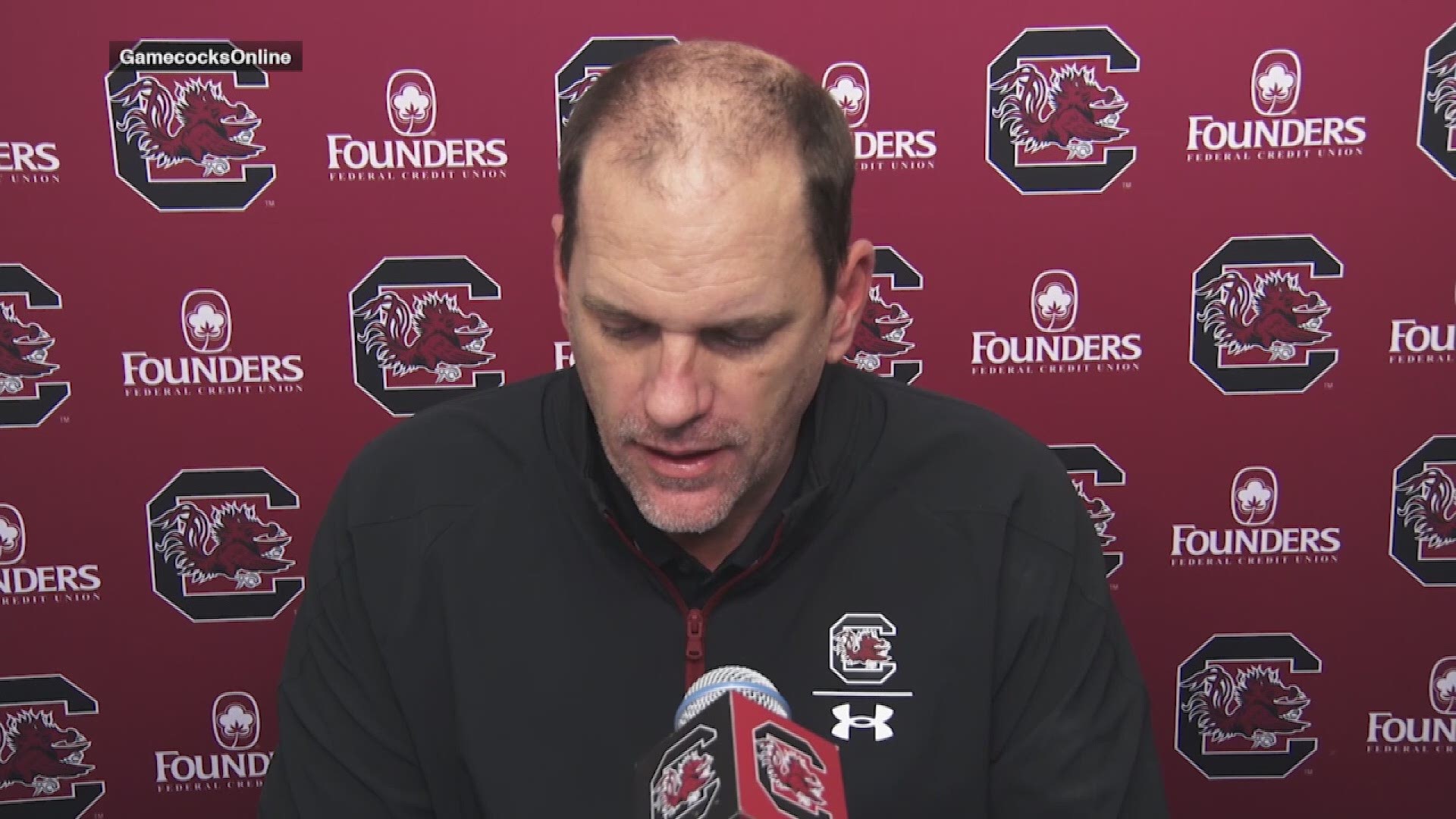 Georgia' James Cook led the way for the Bulldogs with 104 yards and two touchdowns.

South Carolina meanwhile, was missing several key players due to injury or those who chose to opt out after the recent firing of Coach Will Muschamp. Freshman quarterback Luke Doty, starting in his first college game, went 18-22 for 190 yards and a touchdown.

“I’m proud of the way he fought," Interim Gamecock Coach Mike Bobo said after the game. "I told him that he’s going to be a damn good player because he’s not scared.”

Georgia got off quickly, opening up a 21-0 lead at the end of the first quarter behind a rushing touchdown from both Cook and Zamir White.

South Carolina could answer to start the second with a touchdown run from Kevin Harris followed by a field goal six minutes later by Parker White.

But another Cook touchdown gave Georgia at 28-10 lead at the half, and South Carolina would not be able to recover from that deficit in the second half.

South Carolina (2-7) now closes out its regular season next week with a road game against Kentucky.

Gamecocks travel to Kentucky next week to close out the season pic.twitter.com/v1yJIclnWy